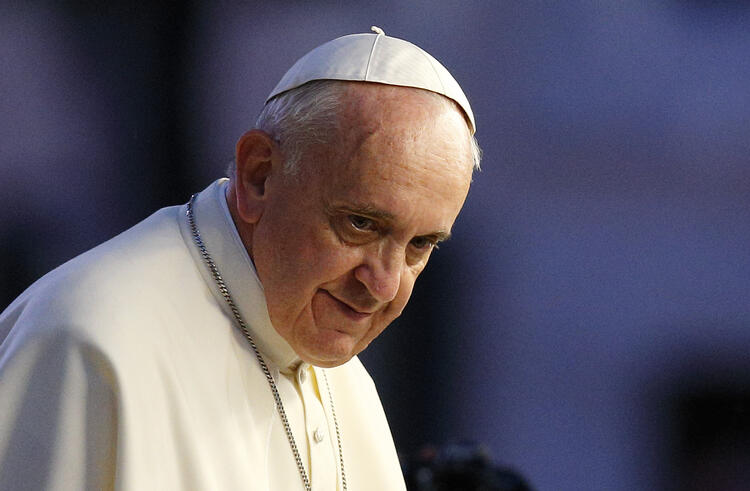 Pope Francis said he will continue pressing for a church that is open and understanding despite opposition from some clerics who "say no to everything."

"They do their work and I do mine," the pope said when asked, "What is your relationship with ultraconservatives in the church?"

The question was posed by Joaquin Morales Sola, a journalist for the Argentine newspaper La Nacion, in an interview published on July 3. The Vatican newspaper, L'Osservatore Romano, published a translation of the interview July 5.

Most of the interview focused on issues related to Pope Francis' home country and his relationship with Argentine President Mauricio Macri—"I have no problem with President Macri," the pope said in the interview.

But Morales also asked about internal church matters, including criticisms of the pope.

"I want a church that is open, understanding, that accompanies families who are hurting," Pope Francis said.

Some church leaders do not agree with his approach, but "I continue my course without looking over my shoulder," he said, adding that he does not try to silence them. "I don't cut off heads. I've never liked doing that."

Besides, he said, he's the pope. "You remove nails by putting pressure on the top. Or you set them aside to rest when they reach retirement age."

Cindy Wooden - Catholic News Service
@Cindy_Wooden
Show Comments (
3
)
Comments are automatically closed two weeks after an article's initial publication. See our comments policy for more.
Stuart Bintner
6 years 2 months ago
I wish Pope Francis a long and active life.
Lisa Weber
6 years 2 months ago
The papacy of Pope Francis has been wonderful and a reason for hope about the future of the church. I hope it continues for a long time.
Bruce Snowden
6 years 2 months ago
They called him "a glutton and a wine drinker .... a friend of sinners." They scourged him, made him look like a fool-king mockingly crowned with thorns. But who are they today? No one knows their names. But everyone knows HIS, Jesus, our Lord and Savior and Brother.Keep at it Holy Father Francis, you're on the right track with Jesus The others, pompous and blind, just loving to walk around in tasseled robes, seeking first places, loving too excellent and eminent titles. We all need prayer, they no less.