Skip to main content
Signs Of the Times
November 30, 2015 issue 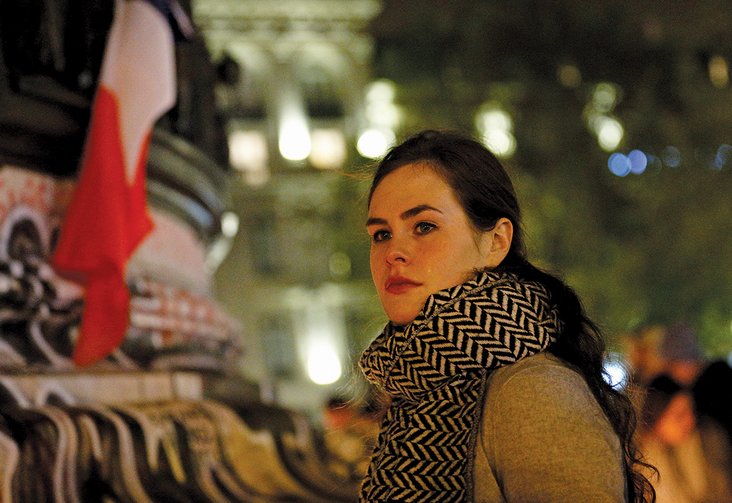 Using God’s name to try to justify violence and murder is “blasphemy,” Pope Francis said on Nov. 15, speaking about the terrorist attacks in Paris. “Such barbarity leaves us dismayed and we ask ourselves how the human heart can plan and carry out such horrible events,” the pope said after reciting the Angelus prayer with visitors in St. Peter’s Square.

The attacks in Paris on Nov. 13—carried out, the French government said, by three teams of Islamic State terrorists—caused the deaths of 132 people and left more than 350 wounded. The attacks, Pope Francis said, were an “unspeakable affront to the dignity of the human person.”

“The path of violence and hatred cannot resolve the problems of humanity and using the name of God to justify this path is blasphemy,” he said.

The archbishop of Paris, Cardinal André Vingt-Trois, issued a statement condemning the assault on his city, praising first responders and urging unity. “Faced with the violence of men, may we receive the grace of a firm heart, without hatred,” he said. “May the moderation, temperance and control that has been shown so far be confirmed in the weeks and months to come; let no one indulge in panic or hatred. We ask that grace be the artisan of peace. We need never despair of peace if we build on justice.”

In Rome, Federico Lombardi, S.J., told Vatican Radio, commenting on suggestions that the violence might interrupt the beginning of the church’s Jubilee Year of Mercy: “This is…no time to give up the Jubilee, or to be afraid. We need the Jubilee more than ever.”

“Be on guard,” he said. “These murderers, possessed by a senseless hatred, are called ‘terrorists’ precisely because they want to spread terror. If we let ourselves be frightened, they will have already reached their first objective.”

In the aftermath of the attacks, President François Hollande vowed to “be unforgiving with the barbarians from Daesh.” By Nov. 15 France had begun bombing raids on the self-proclaimed capital of ISIS, Raqqa in Syria.

In the days after the attack, news of small reprisal gestures against Syrian refugees in Europe began to surface, and the Internet became cloudy with ugly calls for retaliation against Muslims and celebrations of the mayhem in Paris among Daesh sympathizers. Thomas Rosica, C.S.B., the Holy See’s English language attaché, warned against using the events in Paris to interrupt Muslim-Christian dialogue: “The life of every human being is sacred, both for Christians and for Muslims,” he said.

“There is plenty of scope for us to act together in the service of fundamental moral values. The lessons of the past must help us to avoid repeating the same mistakes. We must seek paths of reconciliation and learn to live with respect for each other’s identity.”

After meeting with Pope Francis on Nov. 14 in Rome at an event commemorating the 35th anniversary of the Jesuit Refugee Service, its international director, Thomas Smolich, S.J., joined his prayers with the pope’s for the victims and survivors. He added, “We would want to make sure that what happened last night is not globalized to say, ‘This is all of Islam; this is all the Muslim faith.’ These are people within a group of people who are doing evil things for reasons that don’t make a lot of sense to us.”

Father Smolich said, “I think it’s very important to realize that people who are coming to Europe right now…are fleeing the same situations. They have left barrel bombs in Aleppo; they have left random attacks in Damascus, in Iraq, in other parts of the world.

“They are coming to escape what has unfortunately come to Europe.” The refugees, he said, merely want to realize “the same freedom of living that we hope to enjoy here in Europe.” J.R.S., and particularly J.R.S. France, he said, has worked to welcome and integrate new arrivals to Europe, a process even more important now in the light of the suffering in Paris and potential reactions to it “so we can truly build one human family.”

This article also appeared in print, under the headline “Pope Calls Paris Attacks ‘Blasphemy’ Says Dialogue Must Continue,” in the November 30, 2015, issue.