A Pastor Committed to the Culture of Encounter and the Poor: In his most important decision to date in the United States, Pope Francis has chosen Bishop Blase Cupich for Chicago

A Pastor Committed to the Culture of Encounter and the Poor: In his most important decision to date in the United States, Pope Francis has chosen Bishop Blase Cupich for Chicago 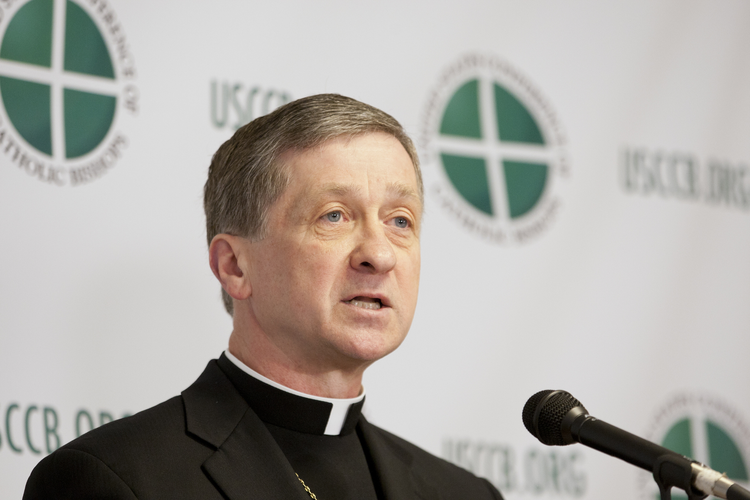 Pope Francis has given a new direction to the American Church by appointing the bishop of Spokane, Blase Joseph Cupich, 65, as the ninth archbishop of Chicago.

The archbishop-elect is a highly-talented leader, a pastor with vision, together with long, varied and successful pastoral and administrative experience in two dioceses and a college. He is totally committed to the culture of encounter, does not engage in confrontation, has a zero-tolerance line on child abuse and is deeply committed to the poor and marginalized.

He succeeds Cardinal Francis George who has governed the archdiocese—the third largest in the country with 2.3 million Catholics and the largest Catholic charities, health care and school systems—for the past 17 years. Earlier this year, the cardinal who is combatting cancer asked the Holy See to appoint his successor.

The Vatican confirmed the news of Bishop Cupich’s appointment at midday (Rome time) Saturday, seven hours ahead of the Chicago press conference called for the same purpose.

Born in Omaha, Nebraska, on March 19, 1949, one of nine children of Croatian-American parents, after finishing high school, Blase Cupich (pronounced “Soupich”) entered the College of St. Thomas in St. Paul, Minn., as a student for the archdiocese of Omaha. He gained his B.A. degree in Philosophy at the university there in 1971. Sent to train for the priesthood at the North American College in Rome (1971-75), he gained degrees in theology from the Jesuit-run Pontifical Gregorian University and was ordained priest in 1975. Later, in 1987, he gained his doctoral degree in Sacramental Theology from the Catholic University of America, Washington D.C.

Back in his home diocese, he served in a parish (1975-78) and held liturgical and youth roles (1978-81) before being called to work as Secretary at the Apostolic Nunciature, Washington D.C. (1981-87), under Archbishop (later cardinal) Pio Laghi. Two years later, he was appointed Rector of the Pontifical College Josephinum in Columbus, Ohio (1989-96).

After more years as pastor in a parish, John Paul II appointed him as bishop of Rapid City diocese, S.D., (1998-2010), one of the smallest and poorest dioceses in the USA. There he considerably reduced the diocesan debts, built a home for retired and elderly priests, related well with priests and lay people and made friends with the native American Lakota people who called him “White Thunder”.

Over the years he served on several committees of the bishops’ conference including the ones dealing with child abuse and the safeguarding of children. He was Chairman of the Committee for the Protection of Children from 2008-13 and in this role gave good leadership and insisted on ongoing reform in this area. Perhaps because of his experience in this field, Benedict XVI sent him to the diocese of Spokane in 2010, which was beset by abuse claims and bankruptcy, which claims he helped resolve through mediation. Recently he just published a four-year plan for that diocese based on local consultation and Pope Francis’ programmatic document, “The Joy of the Gospel.”

When asked by the New York Times after the plenary meeting of the U.S. Catholic Bishops Conference last November, what the papal nuncio had told them about the kind of bishop the pope wants, Bishop Cupich said, “Pope Francis doesn’t want culture warriors, he doesn’t want ideologues, that is the new paradigm for us, and it’s making many of us think.”

One thing is certain the new archbishop is “neither a culture warrior nor an ideologue,” a source who knows him well but did not wish to be identified said after the news of his new appointment became public.

He recalled that Bishop Cupich once said, “It’s very easy in today’s polarized world to leave civility behind. But we must be able to speak of difficult issues in ways that don’t tear our communities apart.”

Various sources describe the new archbishop as “a generous, compassionate and prayerful man” with “a simple lifestyle” who is convinced that the church in the United States has to give greater attention to the poor, the marginalized and the question of poverty in a wider agenda for life than the one that has prevailed up to now. “He is a pastor, who embodies the spirit and aims of Pope Francis,” one Vatican source added.

Show Comments (
1
)
Comments are automatically closed two weeks after an article's initial publication. See our comments policy for more.
Bill Mazzella
5 years 6 months ago
Goodbye to polarization. Hello to unity and a gospel church. Looks like the Donatists and the Augustinians can live together after all. No one will force anyone to enter. People will come drawn by example and love.
Advertisement