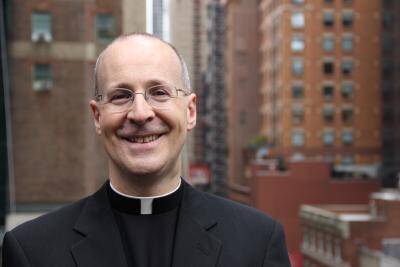 “I make sure,” said my friend, “that I am never alone with my nephews and nieces.” That comment came from a priest. We were talking about the most sensitive topic imaginable: the fallout from the clerical sexual abuse scandals and the way that has affected our priesthood. It is something that many priests often discuss among themselves.

Before talking about sexual abuse, let me begin with a few comments to forestall any misunderstandings. First, sexual abuse of minors is a crime, and anyone found guilty of those crimes belongs in jail or a secure psychiatric facility. Second, anyone credibly accused of abuse—clergy or layperson—should be removed from his or her ministry (or job). Third, anyone in authority (bishops included) who willfully shielded abusers should be held accountable.

My friend said something I had never heard before. Even when he is among his family he takes care never to be alone with his nephews or nieces. He always ensures that there is another adult nearby so there will be no perception of anything untoward having happened. My friend is one of the healthiest people I know, is not attracted to children or adolescents and is someone I would trust wholeheartedly with anyone’s children.

By necessity, the sexual abuse crisis altered the ministry of many people, especially those who work in schools. Many changes you might expect—new windows in classroom doors allow visual access to meetings of teachers with students, bans on teachers’ driving students home and the end of weekend retreats unless parents are present. But some things you might not expect. One high school chaplain said that because the door has to be ajar when he meets with a minor, students are now far less likely to seek counsel about issues they brought to him before—family problems, trouble in school, difficulties with friends. Why? They are afraid of being overheard by others, so now they clam up. My friend now feels less able to help them.

Overall my reaction has been: This is what is needed for the church to regain credibility.

But I was surprised by what my friend said about his nephews and nieces. As it happened, we were walking with another priest at the time. To my surprise, he agreed. “That’s what I do, too,” he said. “I’m never alone with my nephews.”

I was, again, surprised. My own nephews are two of the great joys of my life; and I’m alone with them from time to time, say, when their parents are out of the house during a weekend visit. I thank God for them.

But I understood my friends’ caution. For when I’m with any other children I am hypervigilant—not because of any attraction but because of the fear of false accusations. When children not related to me hug me after Mass, I gently push them away—even when their parents are standing next to them. Until recently I thought that this state of affairs, while sad, was inevitable. I take delight in children as marvelous creations of God—especially infants. Still, I figured: Better safe than sorry.

Among priests and religious the truism is that since anything at all can be misinterpreted, and since it’s nearly impossible to defend yourself against an accusation, it’s best to have zero contact, zero physical contact especially, with any child or adolescent, even to the point of not touching an infant on the head. Zero affection should be shown.

So imagine my surprise when I saw Pope Francis one Sunday shortly after his election joyfully embracing and kissing children on their heads as they came out of a Roman church after Mass. Of course it was in full view of their parents (and about 50 cameras), but I would not have done this. Something changed for me when I saw this. I thought: How natural! The pope was expressing his love for those children—as Jesus did.

Much has been written about how Pope Francis has already changed the church. But his hugging of children helped me to see that in addition to zero tolerance, we need a little love. My post-Mass responses may have been too draconian, too cold, too fearful. So the next time little kids hug me after Mass, I’ll think of Pope Francis, and I may be less afraid to show them that the priest, and the church, wants to hug them back.

James Martin, S.J., is editor at large of America and author of the new e-book Together on Retreat: Meeting Jesus in Prayer.