Why context is always key in the lives of Christians 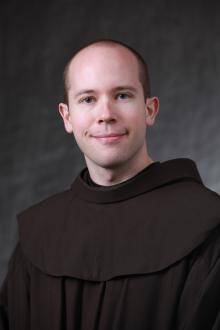 Like so many of Pope Francis’ writings, homilies and interviews, there are many passages in the apostolic exhortation “The Joy of Love” that are well worth returning to frequently and considering for an extended period of time. The pope himself writes in the introduction, “I do not recommend a rushed reading of the text,” suggesting instead that the greatest benefit comes “if each part is read patiently and carefully” (No. 7). With the document weighing in at 325 paragraphs (79 more than “Laudato Si’”), I’m not sure there is any other way to approach this teaching than to take it slowly, contemplatively and prayerfully.

Though I feel as if I have only just begun to unpack for myself the multiple theological, spiritual and pastoral threads that are woven together to form this impressive text, I have been struck by one recurring theme that first appears early in the exhortation and undergirds the whole text. That is the emphasis on the importance of context in the lives of Christians.

To many modern people, the notion that one’s context, social location, circumstances in life and the like should matter when thinking about and discussing questions of morality and the practice of one’s faith may appear to be an obvious statement. However, as Pope Francis writes about marriage, “At times we have also proposed a far too abstract and almost artificial theological idea of marriage, far removed from the concrete situations and practical possibilities of real families” (No. 36). With a degree of candor unusual for church documents, “The Joy of Love” acknowledges the possibility that abstract and overly idealized depictions of how life “should look” has caused many individuals and families great difficulty and pain.

One is reminded of Jesus’ admonitions in the Gospels to religious leaders who place moral and juridical burdens on the shoulders of their people without making any effort to assist them in alleviating such obligations and unrealistic expectations (e.g., Mt 23:4). For too long this has been the modus operandi of many contemporary religious leaders, who have justified judgmental preaching, refusal of the sacraments and inadequate pastoral sensitivity under the perhaps well-intentioned but nevertheless misguided effort to show the “tough love” of justice. Of course, as Pope Francis has repeated throughout his pontificate, what has been lacking is the necessary mercy that reveals the compassionate face of God Christ revealed throughout the Gospels. And that mercy always took into account the context of the individual.

While the understandable focus of the exhortation is on the nuclear family and the sacrament of marriage, this recognition of the importance of context can and should be extended to other areas in the life of the church. Over the centuries, there are many ways that particular contexts—like Eurocentric thinking and experience—have been uncritically presented as universal realities and the abstract ideal for a global community. At best, this was a naïve and unintentional lack of awareness about diversity in all times and places. At worst, it was a form of cultural colonialism that conflated the experience of a few with the truth of the Gospel and led to the suppression of differences, traditions, languages, cultures and even whole populations. This is not only a phenomenon of the past but a dynamic that can at times be bolstered by the effects of globalization today.

In response, Pope Francis has shone a bright light on the teaching of the Second Vatican Council about the primacy of conscience and the importance of local discernment in response to particular moral questions about the family. This is a step in the right direction. But can we dare to imagine a fuller appreciation of context and particularity in other areas of life?

Take, for example, the potentially damaging effects of rigid gender identities. To say that a “woman” or a “man” acts, dresses, speaks, looks, thinks and feels X, Y or Z unrealistically and unfairly generalizes a single privileged abstraction over the multitude of lived realities. Women and men who do not conform to a narrow depiction of such an abstract ideal can be made to feel inadequate or somehow defective.

As the exhortation challenges us to consider the importance of context over abstraction in marriage and the family, we should likewise encourage a deeper appreciation for the lived realities of women and men in all aspects of life. This should be the starting point of all theological reflection and pastoral ministry, not some painfully unreal abstraction.

@DanHoranOFM
Show Comments (
1
)
Comments are automatically closed two weeks after an article's initial publication. See our comments policy for more.
Richard Booth
6 years 3 months ago
What happened to the comments that had been published before the online changes began??? I wonder if my comment about the nature of human sexuality was purposely expunged by uncomfortable editorial clerics or some IT person or what. I am not accusing, but I do wonder if I am anathema now? Oh, my.