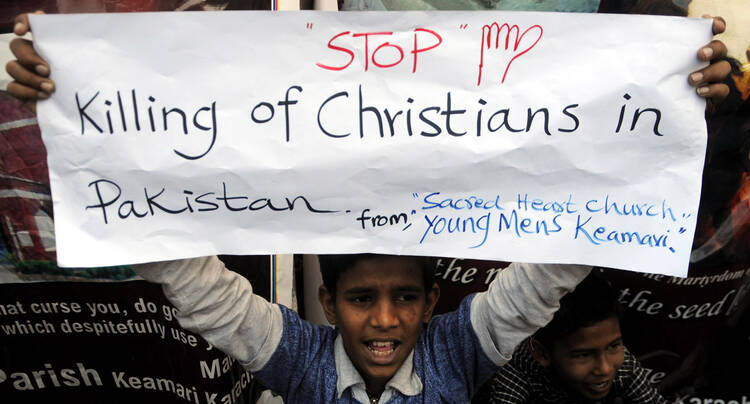 The new law gives the Obama administration and the U.S. State Department new tools, resources and training to counter extremism and combat a worldwide escalation of persecution of religious minorities.

Named for former Congressman Frank Wolf, "a tireless champion for the rights of the poor and the persecuted globally," the bill will expand the International Religious Freedom Act Wolf sponsored in 1998.

"From China and Vietnam to Syria and Nigeria, we are witnessing a tragic, global crisis in religious persecution, violence and terrorism, with dire consequences for religious believers and for U.S. national security," said Smith, chair of the Global Human Rights Subcommittee.

"Ancient Christian communities in Iraq and Syria are on the verge of extinction and other religious minorities in the Middle East face a constant assault from the so-called Islamic State of Iraq and Syria," he said in a Dec. 13 statement.

He added: "The freedom to practice a religion without persecution is a precious right for everyone, of whatever race, sex, or location on earth. This human right is enshrined in our own founding documents, in the Universal Declaration of Human Rights, and has been a bedrock principle of open and democratic societies for centuries."

The bill, known as H.R. 1150, had more than 100 bipartisan co-sponsors. The Knights of Columbus is one of several religious organizations that has backed the measure, along with representatives of ethnic minority groups and nongovernmental organizations.