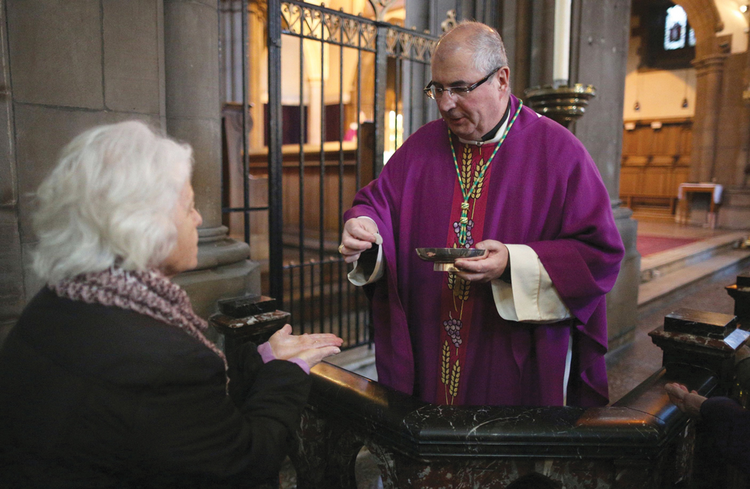 Archbishop Philip Tartaglia was named apostolic administrator of the Archdiocese of St. Andrews and Edinburgh on Feb. 28, temporarily replacing Cardinal Keith O’Brien, who resigned on Feb. 18 and then dramatically acknowledged on March 3 that he was guilty of sexual misconduct throughout his career. • Archbishop Boniface Lele of Mombasa, Kenya, urged voters to transcend ethnic affiliation and “choose peace for our beloved Kenya” as presidential and parliamentary elections approached on March 4. • Greece is facing a serious shortage of medicines amid claims that pharmaceutical multinationals have halted shipments to the country because of the nation’s economic crisis. • Striking farmers angry over falling coffee prices clashed with police in Colombia in late February as commodity prices continued a nearly 40 percent decline over the past year. • The eighth World Meeting of Families, an international gathering inaugurated by Blessed John Paul II in 1994, will be held in late September 2015 in Philadelphia. • Christians in Egypt are protesting the government’s plans to hold national elections during the Coptic Palm Sunday and Easter celebrations.

This article also appeared in print, under the headline “News Briefs,” in the March 18, 2013, issue.