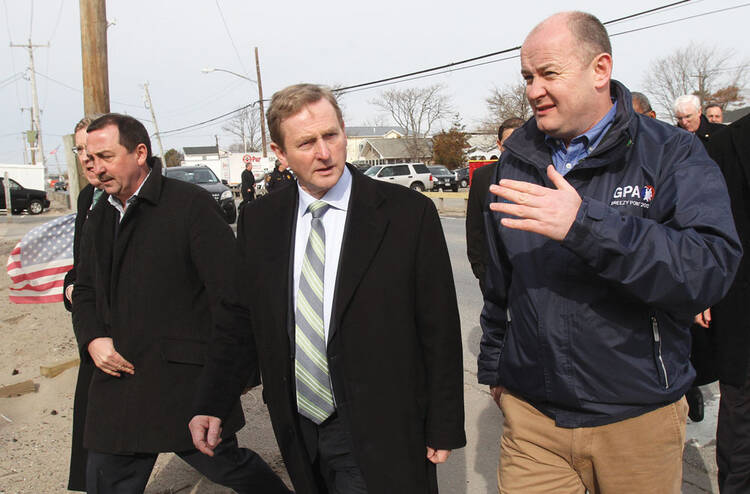 Pope Francis “had nothing to do with the dictatorship,” preferring “a silent diplomacy” during Argentina’s so-called Dirty War, the Nobel Peace Prize laureate Adolfo Pérez Esquivel of Argentina reported after a private meeting with Pope Francis at the Vatican on March 21. • In a show of solidarity with Irish Americans, Prime Minister Enda Kenny of Ireland toured New York’s hard-hit Breezy Point neighborhood on St. Patrick’s Day, March 17, to review Hurricane Sandy recovery efforts. • For the second year in a row, the Cuban government, responding to a request from the Holy See, allowed Cubans the day off to observe Good Friday. • The Anglican prelate Justin Welby, 57, was enthroned as Archbishop of Canterbury on March 21, following induction ceremonies that for the first time included a woman, Archdeacon of Canterbury Sheila Anne Watson. • Prime Minister Benjamin Netanyahu of Israel apologized on March 22 to Turkey’s prime minister, Recep Tayyip Erdogan, for a commando attack in May 2010 on a Gaza-bound humanitarian flotilla that resulted in the killing of eight Turkish citizens and one U.S. citizen.