How a new school named after G.K. Chesterton is changing Catholic education 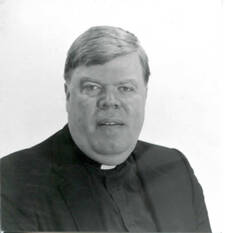 Email messages from my high school alma mater, Cardinal O’Hara in suburban Philadelphia, are usually predictable affairs. They will either report sports triumphs, name new inductees into the school’s Hall of Fame or (earnestly) beg for money. Last year, however, an unexpected email landed in my box. The president announced the opening of a new educational track, the Regina Chesterton Academy, at the high school in the fall of 2016.

Linked to the national Chesterton Schools Network, the Regina Chesterton Academy offers a classical education within the context of a pedagogically pluralist high school. The integrated curriculum is strikingly ambitious. Its structure is generally historical, with echoes of older Western Civ curricula. Freshman year focuses on the ancient world, sophomore on early medieval, junior on high medieval and Renaissance, senior on modern. The individual courses reflect a particular vein of Catholic classicism. Freshman literature features Homer, Sophocles and Virgil; sophomore literature examines Augustine, Chaucer and Shakespeare. Juniors read Dante, while seniors tackle Dostoyevsky. Unusually for a high school, four entire years of philosophy are required. Although the courses introduce students to a wide range of philosophical texts, pride of place is clearly reserved for Aristotle and Aquinas. Logic and rhetoric, presumably of an Aristotelian stripe, are included in the philosophy cursus. All students study Latin; intriguingly, one of the few electives is Mandarin Chinese.

In both pedagogy and content, the neoclassical educational project of Regina Chesterton is clearly indebted to the Great Books programs originally launched from the University of Chicago. Justin Youngblood, the director of Regina Chesterton, cites another influence, Dorothy Sayers’s seminal 1947 essay, “The Lost Tools of Learning,” which pleaded for a revival of the medieval trivium (grammar, logic and rhetoric) to revivify an educational system too centered on technical instruction. Socratic dialogue is the preferred method for instruction in the literature, history, philosophy and theology seminars. (One can only sympathize with a teacher helping 13-year-olds wrestle with Sophocles.) Student agency is even more pronounced in the extensive arts curriculum: four years of music, four of art, three of drama. While theory and appreciation are included, the focus is on performance. Students learn how to draw, use pastels and paint in watercolor and oil. They all participate in choral singing and learn how to act, orate and debate.

A church-militant Catholicism flavors the theology curriculum. Few freshman religion courses start with the theology of the body. Only the rare senior in Catholic high schools studies apologetics. The academy’s reference to Chesterton is more than decorative. Each year’s literature course includes a book by G. K. Chesterton. The senior course in philosophy features writings by the distributists Chesterton and Belloc. (One can only sympathize with a senior plowing through Belloc’s Servile State.) The religious finality of the program is summed up in one of its major goals: “to reignite a New Evangelization built on the unity of Faith and Reason.”

The classical educational program offered by O’Hara is not an isolated phenomenon. Chesterton academies have recently emerged in Buffalo, Omaha and Rochester. Is this neoclassical approach a restorationist exercise in nostalgia? Apparently not. O’Hara’s Regina Chesterton certainly does not reproduce the education I knew in my own years (1965-69) at the school. There was no philosophy, no Augustine, no Aquinas, no Dante, no obligatory courses in music, art or drama—and certainly no Mandarin. Few teachers used the Socratic method; performance was strictly confined to extracurriculars. This neoclassical experiment makes a signal contribution to the neuralgic question of Catholic educational identity. It treats Catholicism as a complex culture with its own language, literature, history, philosophy, economics, music and art. The faith is more than cult and code. It uses the tools of philosophy and theology to explore the truth of Catholicism with intellectual rigor. In a society that systematically reduces religion to a matter of sentiment and service, the neoclassical academies may quickly become a spiritual oasis.

Show Comments (
2
)
Comments are automatically closed two weeks after an article's initial publication. See our comments policy for more.
Charles Erlinger
6 years ago
Fr. Conley, what you are describing sounds very similar to curricula featured in at least some Jesuit prep schools as far back as 20 years before your time. Unless my memory is being filtered by an inappropriate golden glow, they were spiritual oases even then.
Trish Keller
6 years ago
Thanks for sharing this good news, Fr. Conley. My son attends Thomas Aquinas College in Santa Paula, CA, a Great Books school as you describe. Some graduates have opened similar academies to bring classical education to high school students. Both high school and college students are clearly more than capable of delving into and discussing the texts of the Western tradition. American educators rely on textbooks way too much.