How a mother's death taught me to appreciate my past 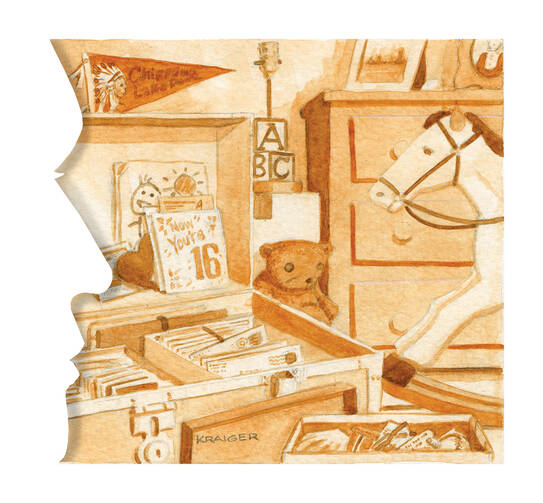 I can’t stand the stuff in my home. I don’t seem to be alone in this evaluation. Most people think that too much stuff is no good for us as a species. We all know the reasons. Stuff prevents us from doing the things we should be doing. Stuff is bad for the environment. And the more stuff we make, use, own and bury, the worse things get. Having too much stuff is that rare thing all of us—faithful, secular and agnostic—appear to agree on, which in and of itself makes it a worthy subject of discussion.

As for myself, I have had a change of heart about stuff. The change has happened in the months since my mother’s death, as my brother and I have begun packing up her little house in Brooklyn. At the beginning it felt impossible. The grief was bad enough. Now I had to handle my own stuff and deal with my mother’s. Adding the hours together, I’ve lost full years of my life figuring out whether to keep, trash or donate various pieces of my collection. The problem has only gotten worse since my three kids were born.

I’d like to think I keep as little as possible and send most things to another home or the scrapheap. If that is true, it is due in no small way to living with Ma, who could always imbue the smallest object with meaning. Initial a shell found on Brighton Beach or date a matchbook from a Manhattan restaurant, and the object became a keepsake rather than just stuff. This is not to say my mother was materialistic; we never had enough money growing up for that. Nor was she a hoarder, which to my mind suggests the random accumulation of meaningless junk, without reason.

No. As we found it, Ma’s stuff was all internally coherent in its boxes and crates. In another life, in which she went to college, this former bookkeeper and secretary might have been an archeologist or historian; in this life, she was the self-appointed record keeper of her own life and the lives of her family.

I should say that Ma’s house was not originally her house. She had inherited it from her parents, who had inherited it from her mother’s parents. (According to family legend, our great-grandparents, both poor and illiterate Italian immigrants, bought the house for $2,000 around World War I after having worked in the United States for 20 years.) So, counting us, fully four generations of our family have lived in that house—and four generations of stuff resides there now.

To say sorting through it is overwhelming is an understatement. But it also feels like a duty that I must execute with honor. This stuff feels a whole lot different from the stuff I battle with in my own home. It is pregnant with history and meaning, thanks to Ma. She organized it and passed it on. Now it is our job to figure out what to do with the relay baton in our hands.

What we have found might not seem very important: decades of photos, old toys and diplomas, naturally, but also lots of extraordinary surprises. The steamer trunk my great-grandmother brought with her from Italy. My great-grandfather’s naturalization papers. A letter from my tough-guy, Teamster grandpa to my grandma, sent to the hospital on the day my mother was born. (Seems he liked to call Grandma “Chick.”) Cards from my mother’s Sweet Sixteen. Maps to campgrounds we visited. Programs from Radio City Music Hall and pins from the Bronx Zoo. Brochures featuring model summer homes our parents dreamed of buying but never did. Then there are the things she kept of ours: samples of our schoolbooks, clippings from local newspapers we were mentioned in, our baptismal gowns, our super-hero T-shirts, cards we wrote her. We even found two little boxes of notes she wrote years earlier, one for each of us, which she intended us to find after she had died. This wasn’t just stuff, but the physical representation of love and commitment.

It’s amazing the memories you recover when holding an object you haven’t seen in decades. I have come to believe in total recall—that every experience of your waking life still exists fully realized in your mind. All you need is a tactile trigger to open each up again. Holding these things, I relive my own life as if I had gone back in time, with all the accompanying heartrending emotions.

As for the stuff we have found that originates in the lives of others, I can only say that it helps me understand not only my own family but also mankind’s necessary reverence for the past. There is a reason religions and cultures curate their histories, why the Vatican Library and the Smithsonian exist. Yet a piece of pottery or a saint’s relic should not be preserved for itself. Rather, each serves as a palpable reminder of a life lived by a fellow human being, who loved as we love and cried as we cry, long ago. They are us and we are them, separated by time but connected by our common flawed humanity.

So I have learned some things during this months-long exercise in my mother’s house. Not all stuff is created equal. And even the most disposable of things can become extraordinary if preserved by someone with love—because love endures. And while we shouldn’t store up our treasures on Earth, there is a need to pass on the things that meant something to us. They mark our progress as individuals, as families, as a people.

Ma understood this instinctively. She has given us so much to pass on—and given me a real reason to pause a moment before I consign my kids’ latest pile of drawings to the recycling bin. We can’t keep everything, nor should we. But we owe those who have gone before us that moment’s pause as we flip through a photo album or pass by a glass case in a museum or a church.

We owe them that much for perhaps no other reason than this: What they are now is what we will be. 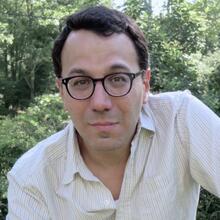 Christopher Mari is a freelance writer born and raised in Brooklyn, N.Y., and educated at Fordham University.

Show Comments (
2
)
Comments are automatically closed two weeks after an article's initial publication. See our comments policy for more.
mike mongillo
5 years 5 months ago
Really nice article
Lisa Weber
5 years 5 months ago
Thanks for putting into words the dilemma of disposing of stuff - whether we inherit it or acquire it in another way.