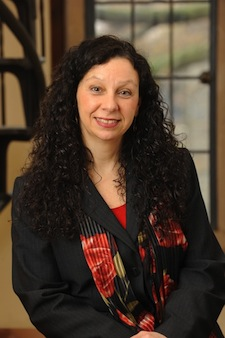 May is the month in which the church honors Mary; by happy coincidence, it is also the month when secular culture honors mothers. According to the Bible, Mary’s role in salvation history is small but mighty. Through the agency of the Holy Spirit, she conceives the Messiah, gives birth to Jesus and raises him to adulthood. She appears at a few key moments in Christ’s ministry—searching frantically for him and finding him teaching in the temple; urging him to assist the hapless hosts at Cana; and, finally, standing vigil beneath the cross. These brief glimpses into the hidden life of Mary suggest that she was an attentive mother, a bit pushy when she needed to be and faithful to her son in his darkest hour.

Admittedly, this isn’t much to go on. It seems that the woman given the title Mother of God might have warranted more space in the Scriptures. The Koran contains more mentions of Mary than the Bible—34 references, listing her genealogy and even depicting her childhood. Perhaps it is this relative lack of information about Mary in Christian tradition that has inspired so many artists over the centuries to fill in the gaps. It is the nature of human beings to try to imagine what they cannot know. Given this paucity of knowledge, painters and poets are free to depict Mary as they choose, so long as their images conform to the few established biblical “facts.” As a result, artists have had a field day with Mary. No woman has been represented more often in painting and sculpture, inspired more music or had more poems penned in an effort to express her unspoken heart.

A new, and highly unorthodox, depiction of Mary has been in the public eye of late, the Irish writer Colm Toíbín’s play “The Testament of Mary.” The one-woman play, first produced in Dublin, was recast as a novella, and has returned to the stage, newly revised for Broadway. I greeted the publication of the novella with enthusiasm and attended the play as soon as I could get a ticket. As a devotee of art and literature, I’ve enjoyed the many versions of Mary I have met on the walls of churches and museums and in the pages of books. Most of those incarnations, especially the more contemporary ones, have emphasized Mary’s humanity over her sanctity, dramatizing the ways in which she is like us ordinary mortals. In Henry Tanner’s arresting painting “The Annunciation,” for instance, we see Mary’s youth and vulnerability. There is fear in her eyes as she regards the intruding angel, shown as an explosion of light. In John Collier’s painting “Pietà,” Mary cradles her dead son, embracing him with both arms and legs in a posture reminiscent of childbirth. Her grief is harrowing. Such depictions of Mary bring her closer to us—and us closer to her. This is especially true for those of us who are mothers, who know what it is to conceive and give birth and fall in utter love with a child.

And here is where Colm Toíbín lost me. Much as I admire his writing, I could not countenance his Mary. It is not Mary’s unorthodoxy that troubles me. Toíbín is trying to deconstruct the images of the passive, bloodless Mary that dominated pietistic art of the 19th and 20th centuries; and I, along with most of his readers, welcome that corrective. What troubles me about his Mary is that she is a coward. After her son is nailed to the cross—a scene de-scribed in agonizing detail—Mary runs away. She runs away because she cannot help him, because she is afraid and (here is the hardest part to swallow) because she wants to save her own skin.

Toíbín sins here against Scripture and tradition, yes, but also against the more universal code of Motherlove—that irresistible compulsion that drives a mother to protect her child at any cost. Motherlove is the deep knowledge that you would stand between a killer and your child and take a bullet in the face, that you would dive in front of a runaway train to shove your child off the track, that you would part with your own heart if your child needed it and that you would do this gladly. The inventions of tradition and bad art have provided us with too many impossible Marys who bear no relation to us. Do we need another? Toíbín denies Mary what makes her most human, sinning at last against the law of verisimilitude, and giving us one more Mary we cannot believe in.

Angela Alaimo O’Donnell is a poet, professor and associate director of the Curran Center for American Catholic Studies at Fordham University.

@aodonnellangela
Show Comments (
2
)
Comments are automatically closed two weeks after an article's initial publication. See our comments policy for more.
Bruce Snowden
8 years 4 months ago
The last paragraph of “A Mother’s Love” by Angela Alaimo O’Donnell tells me all I need to know why not to waste time seeing Colin Toilin’s “The Testament Of Mary.” O’Donnell says Toilin “sins against the universal code of motherlove, that irreversiible compulsion that drives mothers to protect her child at any cost.” As a father of four, one going to the Lord in the third month of the first trimester through miscarriage, I asked the nurse to baptize that child and she told me she held the fetus in the palm of her hand and baptized it. Unfortunately, I didn’t have the presence of mind to ask for the body, so it must have been tossed into a surgical garbage can and incinerated – that garbage can the only crib our little girl/boy would ever know! Now I’m also grandfather of seven and have some inkling of that “any cost” parental compulsion too! Toilin depicts Mary as a “coward” and more, running away from her son in Passion when he needed her presence most of all! O’Donnell’s defense of the Blessed Virgin Mary’s fidelity to motherhood honors all mothers and zaps Toilin’s attempt to usurp Scripture and Tradition, kicking him off his one man magisterial chairl and papal throne of supposed infallibility! If she was about fourteen and not fully grasping what was happening as she gave the Holy Spirit permission to impregnate her with Messiah, a testimony to her great trust in God, then she must have been a middle aged women of say, forty-four, standing under the Cross devastated. She was no coward, a model of fortitude, perhaps getting some restless sleep early Sunday morning “before the sun had risen,” when her Son stood by her bedside a marked man as scripture says and glorified. Would Jesus, faithful son that he was, appear to anyone after Resurrection before stopping by to see his Momr? I don’t think so. Then Mother Mary began to understand better than ever their redemptive rolls together and her trust was superabundantly verified! Other testing would follow. Her words to the waiters at that Wedding, “Do whatever he tell you” gives a clue of her motherlove motivation towards him, no domineering, pushy mother like “Everybody Loves Raymond’s” Mom, was she, but one who with a wink of her eye at Cana knew would be enough to catch her son’s attention, saying, “They have no wine,” and Jesus’s body language response elicited her directive, “Do whatever he tells you.” No coward, no “yenta” this woman! Yes, mothers do impossible things for their children. How my mother raised six little children back in the early 40s on $15 a week baffles me, Somehow we were always adequately lodged, clothed, fed and Catholic school educated at the primary level. As a child I remember her checking on her little chicks asleep like a mother hen protecting her young under the warmth of her wings. She would check us out tuck us in, and then quietly go to bed herself. She cared for us singlehandedly, as after ten years of marriage our Dad “took off” unable to cope I guess, with the responsibilities of his large family. Always haunted as to what happened to him I recently discovered where he was buried in a Southern State, went to his grave said a prayer for him and placed a red rose on his grave. It was a good feeling for my wife and I! Thankfully Blessed Mother had St. Joseph to look after her for a good many years, bringing along with him to his new home his children from a previous marriage that one tradition suggests. I believe that tradition, for surely God the Father would want a husband for Mary who knew how to be a husband and how to raise a child, accounting I think for the Gospel mention of Jesus’ “brothers s,” legal brothers through marriage, not biological. Mary, Mother of God – the BEST! Angela Alaimo O’Donnell is entirely right! Colin Toillin ‘way off target!
Thomas Rooney OFS
8 years 4 months ago
I had the same reaction when I read Toibin's novella; I could not relate to his Mary at all. The artistic depictions of Christ's humanity that I've come across, even in Last Temptation, have all helped me better envision Christ as Brother and Friend; they've brought me closer to Him, generally. Testament's Mary offered no such vision, at least not to me. Toibin's Mary simply bears no semblance to the Mary I already have a relationship with. Toibin's Mary gave me no new insights, although I did strain to find them. She just seemed a nasty, embittered, cowardly person; I simply don't know her.