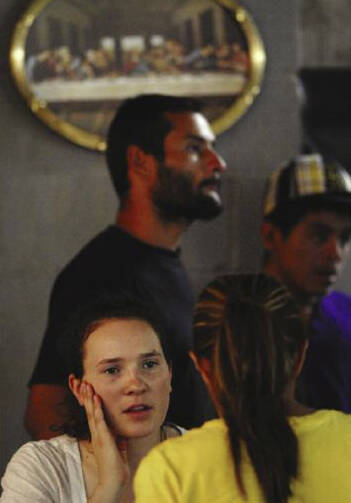 It is generally agreed that “truth seeking,” or “knowledge for the sake of knowledge,” is at least one of ­­­­­­­­the primary goals of education. Hence, institutions of higher education strongly encourage and support research and scholarship by faculty members. These institutions not only value scholarly publication; they require and reward it. It seems appropriate, however, to ask whether the value of scholarly publication is limited unless it finds its way into the policies and structures of society, thereby contributing to a better, more just world.

In some disciplines there is a relationship between the truth and the enactment of this truth in the practical order. Training in law, medicine, psychology, social work, education, biology, physics, chemistry and other fields includes experience in the form of internships, laboratory work and the like. And there are mechanisms for scholarly work to become enacted in policy and practice.

But when it comes to social justice, rarely is there concentration or focus on experience or action in the manner of an internship. And there does not seem to be an existing structure for spreading scholarly social justice wisdom that could lead to the development, enhancement and reform of social justice policies and structures. Still, this does not mean that educational institutions are not engaged in the promotion of social justice. There are four interrelated aspects involved in this.

1. Charitable and service activities. Charitable and service activities prevent tens of thousands of people from starving or freezing to death. In recent years, higher- and secondary educational institutions have developed numerous excellent service-learning programs. The programs have a significant impact both in the work they do and in preparing students for the future.

2. Education. Education is of great importance for bringing about social equality. This has led to the development of elementary and secondary charter schools, private schools and alternative schools designed to serve the needs of marginalized students and eliminate the achievement gap between them and other students. Higher education has made significant strides toward making its services available to under-resourced students, but there is still a long way to go.

3. Effecting positive change. Effecting positive change in social justice policy and structures is the area where educational institutions and society at large are weakest. Why are institutions of higher and secondary education not educating students to become agents of policy and structural social change (critical pedagogy)? Following principles set forth by the educational thinker Paulo Freire, Pedro Arrupe, S.J., and others, there is a need to help marginalized students become agents of change and to help students of privilege learn ways of assisting them.

4. Prophets. Prophets can have an impact, as we know from the life of Dr. Martin Luther King Jr. Some believe that one cannot be taught to be a prophet. In The Prophetic Imagination, Walter Brueggemann suggests that students can and should be educated to be prophetic. The Seminary Consortium on Urban Pastoral Education agrees.

From these examples it is clear that the educational community does promote social justice in a variety of ways. The missing link, however, is the critical pedagogy to join the needs of under-resourced communities with scholarly research and wisdom and lead to positive social change.

A longing for critical pedagogy was implicit at a four-day “peace warrior” training by the Positive Peace Network at Chicago’s North Lawndale College Prep in August 2011. There was a point in the discussion when it seemed as though a blanket of hopelessness covered the room. In discussing the session afterward with some North Lawndale teachers, the teachers explained that the hopelessness was not because the students feared they would not graduate from high school or that they would not get into or graduate from college or even that they would not get a job. It came from the situation in the inner city, which was so overwhelming that the students were hopeless about being able to change it. If the explanation given by the teachers is correct, it is an indication that there is a desire in these neighborhoods to learn more about how to bring about change.

Who Will Lead the Way?

Chicago, with its many institutions of higher education and broadly diverse yet segregated racial and ethnic communities, would be an ideal place for one or more of those institutions to take a leadership role in critical pedagogy. They could develop constructs for the educational community and spread the wisdom discovered through scholarship. This could result in a collaborative, interinstitutional effort of several colleges and universities as well as interdisciplinary action.

Loyola University Chicago would be the optimal candidate for this leadership role. First, Michael Garanzini, S.J., the university’s president, emphatically stated at a social justice retreat for the university faculty in April 2012 that the promotion of justice is an essential part of the university’s mission. Second, Father Garanzini’s position as secretary for higher education for the Society of Jesus worldwide puts him and Loyola in a position to draw on the wisdom of Jesuit education around the world and also to have a worldwide impact. Third, Loyola University Chicago is strongly committed to interdisciplinary efforts.

Another well-positioned institution for a leadership role is the Adler School of Professional Psychology, unique among institutions of higher learning in that it is publicly committed to effecting structural change. For Adler the mental well-being of the community is dependent on appropriate social justice policies and structures; but it needs collaboration with other colleges and universities to achieve its interdisciplinary goals. The “missing link” could fit anywhere.

The Process Has Already Begun

It is widely accepted that two basic principles must guide activities when people from the dominant culture become engaged in under-resourced communities. First, the issues addressed must arise from the community by listening in individual and small-group meetings, keeping in mind that listening means more than meetings with focus groups, interviews and surveys. Second, residents of the underresourced communities must participate in the planning and implementation.

Since 2006, two basic education issues have emerged from listening to Chicago’s west and south side communities: 1) the need for social and emotional learning programs; and 2) a culture of positive peace and non-violence.

Social and emotional learning. During the feasibility study that led to the founding of Christ the King Jesuit College Prep in the Austin neighborhood on the west side of Chicago, a community advisory committee was formed that met with the study team at least once a month. Elizabeth Yarborough, a mother of four who runs a day care center and offers assistance to high school dropouts, raised concerns about West Side environmental factors that have a negative impact on students’ ability to learn. The points she raised were confirmed by all the community residents at the meeting.

Ms. Yarborough talked about the gunshots students hear every day; the drug dealers and gangs they encounter on a daily basis; fatherless single-parent homes; inner conflict within the family, sometimes including abuse of a mother by an angry, drugged or intoxicated husband or boyfriend; students being required to dress three or four younger siblings before leaving for school; damaging poverty that leads to unhealthy living conditions and inadequate nourishment; insufficient electricity and/or heat; the inability of the family to make ends meet because of usurious interest rates. These and many other factors combine to create social and emotional issues that constitute “barriers to learning” and provoke inappropriate and undesirable behavior.

Further research revealed that highly ranked elite schools in the Chicago area, like New Trier, Loyola Academy, the Latin School of Chicago and Francis W. Parker School, have well-designed programs in place to deal with their students’ social and emotional issues. These programs are virtually nonexistent in schools for marginalized students.

The study provides strong evidence that properly designed social and emotional learning programs work, even though the results at this stage may not be definitive. Yet it seems likely that good programs of this sort could be a deciding factor in steadily reducing the achievement gap to practically nothing in roughly a dozen years. Gregory White, president of the LEARN Charter Elementary School Network in Chicago, where a successful social and emotional learning program exists, has said that better teachers, better principals, better curricula and better parent involvement are important elements in improving education for marginalized students, but that the results of these efforts will be severely limited if the social emotional issues are not addressed.

Peace and nonviolence. Over 500 sixth, seventh and eighth graders were interviewed during the Christ the King Jesuit College Prep feasibility study mentioned above. The final question was, “What advice would you give to someone interested in starting a high school on the west side?” It was disturbing to see that 80 percent of the students answered this question with concerns about safety, even violence. A sixth grade girl advised, “Make sure no drug users, drug dealers and weapon holders will try to come in and wander around.” Another student said, “You should have security guards around the school so we don’t have fights.” And another student warned, “If you go to school on the West Side, you better watch your back and know how to fight.”

Others said, “Have police security guards” and “no drug dealers and no thugs and no rapist teachers or janitors” and “no gangsters.” Promoting a culture of “positive peace,” as defined by the Positive Peace Network, and a culture of nonviolence are necessary components for academic achievement.

Awareness must be raised of the need for critical pedagogy and the need to suggest steps that could form the beginning of a critical pedagogy program. This is a major undertaking with the possibility, not the certainty, of eliminating the achievement gap effectively, economically and with reasonable speed in a city, and perhaps city by city. But the possibility of creating an educational system that provides a way for students to learn, to become agents of positive structural social change, warrants this kind of major undertaking. The educational community has produced scholarship that can solve many of society’s problems, but will it dare to invent the instruments for transforming this collective wisdom into structures for justice and peace?

Jack MacNamara has been a community organizer, business executive and educator.