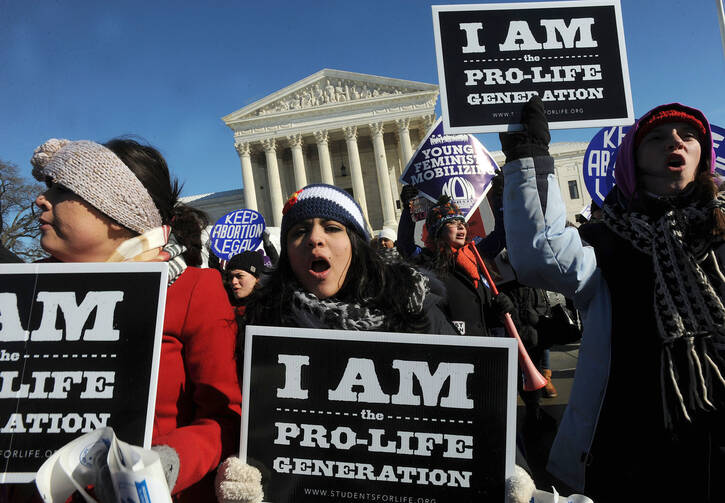 Despite single-digit temperatures, thousands descended on Washington on Jan. 22 to declare their opposition to abortion. Most of the red noses and chapped lips belonged to faces under 25. “We are the pro-life generation,” read signs carried by the marchers. The president of the March for Life, Jeanne Monahan, echoed that opinion. In her opening remarks, Monahan thanked millennials “more than any group” for understanding the devastation caused by abortion. Mary Peters, 16, traveled for 11 hours with her classmates from St. Catherine of Siena Academy in Michigan. “It’s amazing to be here with your peers, pepped up about something you believe in,” she said. According to a Gallup poll in 2013, millennials are the group most likely to believe that abortion should be outlawed in all circumstances, and a majority believe in placing restrictions on abortion. Some believe technology may be responsible for the shift in perspective. Clara Milligan, a senior at Morris Hill Academy in Cincinnati, said that “we see the ultrasounds and know that life begins in the womb.”