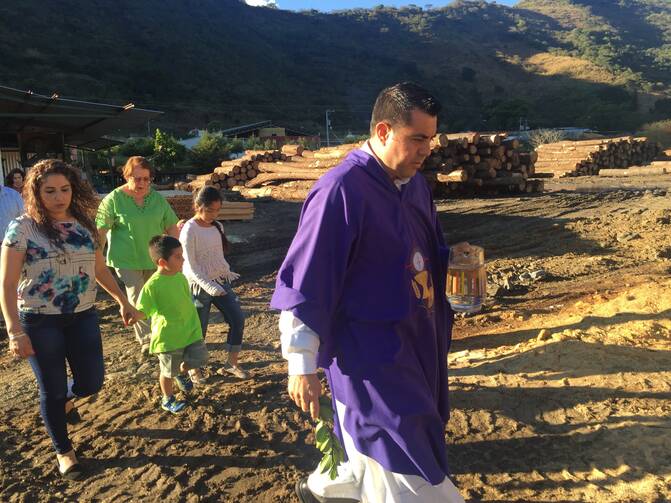 In 2010, when I was covering Mexico’s drug war, I met a Roman Catholic priest named Andrés Larios in the sweltering town of Apatzingán, in Michoacán State. He had a macabre theological problem on his hands.

At the time, Apatzingán was ruled by a vicious drug cartel known as La Familia Michoacana. Its calling card was the severed heads of rivals; that year more than 20 of them were dumped in Apatzingán’s town square.

“We’ve had to consult our bishop,” Larios told me, “about whether there’s a proper way to say funeral Masses for heads without bodies.”

But Larios was, and still is, sure of one thing: He and his fellow priests in Apatzingán could become victims themselves—especially as they had become more outspoken in their condemnation of local narco-mafias. Larios and half a dozen other clerics there have received death threats.

I thought of Larios in November when I read that the badly burned and beaten body of Father Erasmo Pliego had been found on a road in central Puebla State. Pliego was the 11th Mexican priest to be murdered, usually in brutal fashion, in just the past three years. Two other priests are missing, and they too are believed to be victims of drug gangs. It is a crisis Pope Francis will have to address in February during his five-day visit to Mexico, where drug violence has claimed more than 100,000 lives over the past decade.

Priests have long been caught in Latin America’s narco-crossfire. But a big crux of the problem—one that bishops are loathe to acknowledge—is the church’s historically ambivalent relationship with the continent’s drug lords. Those kingpins are expert at cultivating Robin Hood images, and they often steer hefty sums to the Catholic church and the social projects it oversees, including schools, hospitals and soup kitchens.

In the 1980s, the all-powerful Colombian drug lord Pablo Escobar used his largesse to co-opt Catholic priests and bishops in the region near his base city, Medellín. They became some of his most admiring apologists.

A generation later, the same phenomenon hit Mexico—especially in poor towns like Tezontle, in the central state of Hidalgo. There, for example, authorities discovered that a Catholic chapel built in 2009 had been funded by one of the most violent narco-bosses in Mexico’s history: Heriberto Lazcano, head of the bloodthirsty Zetas cartel.

It really did not take much investigating: A plaque on the chapel’s wall named Lazcano as the benefactor. The local bishop had to admit that Zeta money had been donated to—or in some cases laundered through—other churches in his diocese.

Mexicans have even coined a sardonic term for the arrangement: narco-limosnas, “narco-alms.”

But when organized crime gets accustomed to that kind of cooperation, it lashes out all the more fiercely at clerics who don’t play the game—priests who might use their pulpits to decry the senseless drug-related murders, for example. Or who help victims’ families seek justice. Or who simply don’t grant gangsters the V.I.P. treatment they’re used to getting, like fast-tracked weddings or annulments.

Any of those reasons could have triggered the murder in December 2014 of the Rev. Gregorio López, who was found with a bullet to his head after being kidnapped in southern Guerrero State. López was the third priest killed that year in Guerrero—which just three months earlier had been the scene of the disappearance, and presumed massacre, of 43 college students by politically connected narco-thugs.

That atrocity has shaken many Mexican priests out of their silence toward the drug cartels. And that, unfortunately, has put more of them in the cartels’ crosshairs.

But in a country where less than 5 percent of violent crimes are ever solved, los narcos have the upper hand—despite this month's re-capture of top Mexican drug lord Joaquín "Chapo" Guzmán.

As a result, Mexico has now supplanted Colombia as the world’s most dangerous place for priests, according to the Mexico City-based Catholic Media Center. Despite that dubious distinction, critics say Mexico’s government and church hierarchy have failed to speak out forcefully enough against the attacks.

Pope Francis can rectify that during his Mexico visit—whose itinerary includes Michoacán State. I hope he gets to meet Father Larios.

Show Comments (
1
)
Comments are automatically closed two weeks after an article's initial publication. See our comments policy for more.
William Rydberg
6 years 5 months ago
I was going to remark that for as long as this article is in length, neither the word "sin" or the Enemy is mentioned once. But that was until I realized that the Author is a secular NPR Coresspondent. In my opinion, to expect more is wrong because secularism cannot even "read" a Basilica, or for that matter a Baroque Church. But it's nice that part of the problem is out there... The Catholic Press ought to be there, filling in the gaps. But I suspect there is an unfounded perception that mentioning Truths of the Faith "weaken the story". In my humble opinion it's just the opposite... Because ordinary people are smarter than they think... in Christ,