Angela Merkel's response to the politics of fear. 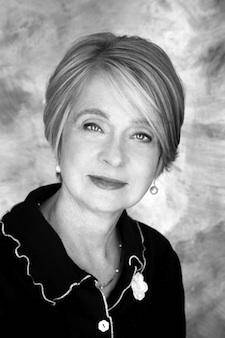 While in Europe for a few weeks, I’ve been listening to what people say about the refugee problem. To be a Muslim anywhere is to be regarded as suspect; to be a Muslim refugee is to be persona non grata. Even friends and acquaintances I regard as broad-minded remarked that they think it a mistake for a society to accept large numbers of refugees from a very different culture. This was said in a European Union country that thus far has accepted a total of four Syrian refugees.

In this context one realizes how remarkable Angela Merkel is as a leader. Moral courage on the part of politicians—on the part of anyone—is rare, but she has been a shining exception. Germany under her leadership has taken in one million Syrian refugees, an act of astonishing generosity. The country also regularly ranks among the top donors to global humanitarian aid efforts.

Germany’s commitment to being a good citizen of the world was tested by a series of violent attacks in July. Within the space of a week, the country saw assaults on four train passengers in Wurzburg by a teenager with a knife, a suicide bombing in Ansbach, a machete attack in Reutlingen that left one dead and several injured, and a mass shooting in Munich. Three of the four attacks were committed by asylum seekers, two of them by extremists linked to the Islamic State. These are the kinds of events that have other countries raising the drawbridge; but in the face of these attacks, Merkel has been resolute. At a press conference held on July 28, she staunchly defended her open-door policy on refugees and refused to reverse it, saying, “Fear cannot be a counsel for political action.” While pledging to upgrade security, she urged Germans to be strong in resisting terrorists who wish to undermine the country’s readiness to take in destitute people. “They sow hate and fear between cultures, and they sow hate and fear between religions,” she said.

Rejecting the politics of fear, Merkel sounded a lot like Pope Francis, who in the wake of the murder of a French priest in Rouen repudiated talk of a war of religion between Islam and Christianity. But a message of “stay the course” is unlikely to appease her critics at home. On the last weekend in July, Germans opposed to her immigration policy rallied in Berlin under the slogan “Merkel must go.” A poll taken in early August found her popularity rating had dropped 12 points from what it had been a month earlier. The open-door refugee policy could spell the end of her chancellorship, as she surely realizes. Her confidence and determination that “we can manage our historic task” and “Germany is a strong country” stand in contrast with the fear, defeatism and passivity shown by other European leaders. If Merkel’s mantra throughout the refugee crisis has been, “We can manage,” the other leaders’ tune is “Not our problem.”

In one way or another, it is, though. The xenophobia spawned by the influx of refugees into Europe seems to have played a large role in the choice by British voters to leave the European Union. Now the whole future of the European Union, indeed of the whole post-World War II order, is in question. European heads of state may not want to cope with the problem, but the problem is theirs.

The refugee crisis is the defining issue of our day. Like climate change, another great challenge facing the world, this is a man-made disaster that is not going to go away. On this, as on many other issues, Germany is far ahead of the United States. The United States has shown little willingness to accept more than a minimal number of Syrian refugees, though its policies helped create the refugee crisis in the Middle East that Europe is facing. Historically, the United States has been a haven for refugees, but officials at aid agencies say a well-organized fringe group with an anti-refugee, anti-Muslim message has spread misinformation that is affecting traditional U.S. support for refugees.

Those who say large number of immigrants create problems for a society are half right, of course. While migrants bring economic benefits, social tensions can rise. But with more displaced people today than at any time since World War II, what is the alternative? There is none, as Germany has understood and accepted.

Show Comments (
2
)
Comments are automatically closed two weeks after an article's initial publication. See our comments policy for more.
William Rydberg
5 years 2 months ago
The unspoken Truth is that the reason why the Popes have not challenged many of the Theological assertions of Islam (which are in some cases diametrically opposite to the Gospel) is out of fear of causing scandal with respect to Religion in general. The Popes have long known that this has been a great concern especially in the West, manifestly in the Wars of Religion. Enemies of the Church would exploit the medium (Religion) and the Message (Gospel) would be dismissed. Modern Society is sadly confused, and understands the Medium as being the Message... Germany's Leader Merkel is right to insist that Religion is not the problem. But who knows how long she and her Party will hold. As Religion is taking a major reputational beating. Pray for the Pope, in Christ,
Eugene Fitzpatrick
5 years 2 months ago
Ms. Patterson's articles are consistently characterized by incisiveness and lucidity. Plaudits to America for allowing us to benefit from her wise analyses and writing skill, this article on Merkel being a good example of such.