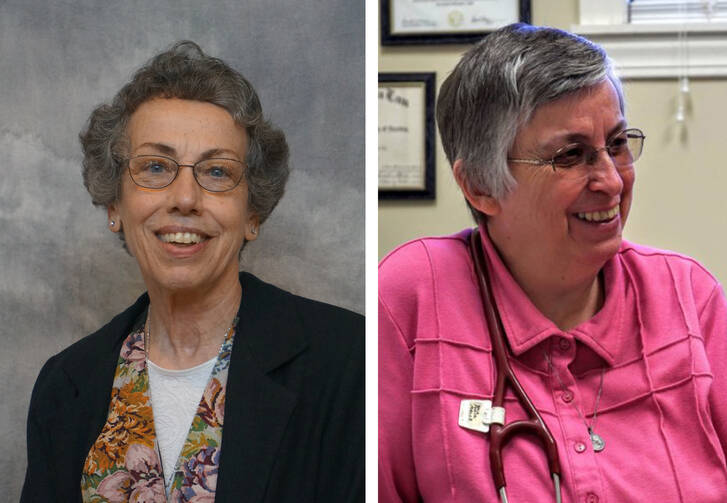 Like many of you, I am not embarrassed to say that I wept when I read the story of the terrible murders of two Catholic sisters who had served the poor in central Mississippi. They were stabbed to death in their house in Durant, Miss., by an intruder on Aug. 25.

I know that many people suffer violent deaths throughout the world, in places like Syria and Sudan, and even in the inner cities of the United States. And I know that many people give their lives to work with the poor, both here and around the world. But somehow I found the deaths of Sister Margaret Held, a member of the School Sisters of St. Francis in Milwaukee, and Sister Paula Merrill, a member of the Sisters of Charity of Nazareth in Kentucky, inexpressibly sad. Both were 68 years old. What an awful, terrifying and violent way to die.

And yet, these two sisters lived their lives in complete Christian readiness. The Gospel reading for the day of their death, Aug. 25, was Jesus’ parable about the thief in the night (Mt. 24:42-51). It has a deep resonance with the way their lives on earth concluded. Jesus tells us that our lives may end with that kind of suddenness, like a "thief in the night." It’s one of a series of vivid, even harsh metaphors that the Gospel readings present during this time of year, when Jesus speaks about the “end times.” His message is blunt: We may be called to meet God in that kind of unexpected way, and so we are called to live in a state of readiness. And so that invites us to meditate on some important questions: How do we want to live our lives? What kind of people do we want to be? How do we want God to find us?

Like so many Catholic sisters in this country and around the world, these two women religious selflessly poured themselves out for the people of God, especially for the poor. Both worked at the Lexington Health Clinic, 10 miles from the house they shared.

Sister Paula, a native of Massachusetts, moved to rural Mississippi in 1981, serving in health care ministry for more than 30 years. “She felt a connection and a need to serve the people. She has been there ever since,” said a statement on her congregation’s website.

Sister Margaret first ministered in Mississippi as a social worker at a health center in Holly Springs, Miss., in 1975. She moved to Omaha, Neb., from 1981 to 1983 as a community health nurse with the Visiting Nurse Association before returning to Mississippi that year. She became a nurse practitioner in 1994, serving in Tupelo, Marks and Lexington.

When I saw the photos of the two women that accompanied the stories of their murder, I thought, "I know these women." Indeed, I learned about their deaths on the final day of an eight-day retreat, when I had been surrounded every day by women religious of their generation. Sadly, I never had the chance to meet either Sister Paula or Sister Margaret. But I know so many remarkable women religious who live simply, pray hard and serve the poor, often earning very little.

Very little, except the love of God and the love of those around them. The two sisters were deeply loved by their community. Sam Sample, a music minister at their parish, St. Thomas the Apostle Church, spoke to several media outlets after their deaths. "They would do anything for anyone,” he said. “They were just the sweetest people to ever draw a breath into their bodies." Rosalind McChriston-Williams, a nurse who worked with them, told a local newspaper, “They were earthly angels with hearts of pure gold.”

It is particularly moving to remember that these women led their lives in a world that sometimes belittles Catholic sisters, thinking them weak, silly or risible. But women religious are some of the bravest people I’ve ever met, frequently doing groundbreaking work in places that are by turns unglamorous and underserved. Catholic sisters are in the vanguard of the church’s work on behalf of social justice, and frequently precede the rest of the church—bishops, priests, brothers, lay men and women—in caring for those on the margins. But these two women, I believe, were more than simply brave.

In the Catholic Church, a "martyr of charity" is someone who gave his or her life while performing an act of Christian charity. To me, their whole lives were an act of charity. So let us pray for the eternal rest of these two new martyrs of charity: Margaret Held, S.S.S.F., and Paula Merrill, S.C.N.

James Martin, S.J., is editor at large of America and the author of Jesus: A Pilgrimage. Twitter: @jamesmartinsj.

@jamesmartinsj
Show Comments (
1
)
Comments are automatically closed two weeks after an article's initial publication. See our comments policy for more.
William Rydberg
6 years ago
So very sad, but their witness makes me proud to be a fellow catholic. While still fresh in our minds, one expects that the LCWR will take the initiative of conveneing a serious discussion of the risks associated with the dispersal of women religious (oftimes living by themselves) far from the camraderie of their Abbeys. Discussion needs to happen, especially as the mean age of LCWR members continues to rise. For these women are our friends, sisters, aunts and we love them.. in Christ,