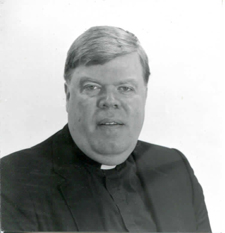 Schools of philosophical thought emerge and recede. Structuralism has vanished. Post-structuralism barely lingers on. For generations of undergraduates, however, one philosophical current never loses its appeal: existentialism. Professional philosophers may smile at the lack of rigor in some of its poetic effusions, but every year a new crop of 20-year-olds enthusiastically explores the call to tragic freedom, authenticity and commitment still ringing in its sacred texts.

Last spring I taught a seminar on existentialism. I structured it as a dialogue between the movement’s atheists (Jean-Paul Sartre, Simone de Beauvoir, Albert Camus) and its theists (Martin Buber, Nikolai Berdyaev, Gabriel Marcel). The author who most impressed the students was Marcel. What struck them were not so much his famous theories of creative fidelity or of the difference between problem and mystery. Rather, it was his prescience as a social critic. In Man Against Mass Society (1955), Marcel took the measure of the culture of death that was incipient in postwar France but has since become part of our daily routine.

For Marcel, acceptance of abortion is the sign of an affluent society choking on its own material comfort. Having abandoned a contemplative approach to existence, a society defined by its growing material possessions ends up considering life itself an irritable joke. The destruction of the innocent becomes a casual gesture. He writes:

This generalized comfort, with its appurtenances, such as standardized amusements, now seems the only way to make life tolerable. Life is no longer considered a divine gift; it is just a “dirty joke.” The existence of a widely diffused pessimism, at the level of the sneer and the oath rather than that of sighs and weeping, seems to me a fundamental given fact about contemporary humanity. It is in the perspective of this widely diffused pessimism, a sort of physical nausea at life, that we ought to consider such a serious and significant contemporary fact as the prevalence of abortion.

Beyond the anguish of an individual drama, the practice of abortion reflects the despair of a society that sees no particular significance in its future, certainly not in its children.

The celebrated nausea of the existentialist is not, for Marcel, a universal human experience of dread before the absurdity of existence; it is the symptom of a society that has falsely defined itself by its technological prowess. Since existence is no longer perceived as a gift, people need no longer cherish this gift through sacrificial love. The boredom quickly turns lethal.

The very act of family planning easily becomes a cold act of calculation dominated by economic concerns. The difference between the human subject and the material object of consummation vanishes. Marcel envisions the mentality of a man considering the possibility of a child under the weight of such a technological perspective. He writes:

Given such a point of view, how could such a man fail to claim for himself the right to interfere with the overflow of life, just as one dams up a river? Before he decides to start a baby “on the way,” he will make careful calculations, just as if he were buying a motorcycle. He will try to estimate the annual cost as exactly as possible: illnesses and doctors’ bills in one case, wear and tear and garage expenses in the other. Quite frequently, instead of a baby, he will decide for economic reasons to settle for a little dog. It costs less. If the bills at the veterinarian become too great, it can always be put away painlessly. To be sure, we have not so far envisaged this possibility in the case of sickly small children.

Even Marcel could not envision the evolution of society on this point—a world in which some academics blandly justify the infanticide of the disabled under the veil of “post-birth abortion.”

It has long been fashionable to dismiss Marcel as a romantic Luddite who categorically condemns modern technology and yearns for the family life of the old French village. But there is no restorationism here. In Marcel philosophy becomes prophecy. As a prophet, he simply reminds us that we have souls and warns that our souls are imperiled by a society where reason is reduced to economic calculation and all notion of gift has disappeared.

Show Comments (
5
)
Comments are automatically closed two weeks after an article's initial publication. See our comments policy for more.
Paul Ferris
7 years 8 months ago
I have not read Marcel's book Man Against Mass Society but I think John K. Conley, S.J. using abortion and family planning as the sign of the decadence of modern life is too one sided. Many couples face health issues in deciding the number of children they can parent. For some women who have C-Sections the question of the number of children can be a matter of life and death. Father Conley is a priest theologian but he is not a husband or father and lacks real experience of the nuances that may go into the decision to limit the size of families. Did Marcel ever marry ? Did he have children ? I do not know. In the recent survey of Catholics sent from Rome to the parishes, the first question deals with natural law. I can assure the Vatican Cardinals and Bishops, and Father Conley, the question of natural law is not a key consideration when couples think about having a child. Father Conley mention of choosing a child over a little dog is not always true as should be obvious. Responsible parenthood involves having the means to raise children with dignity and education. It also involves concern for the health and welfare of women. Recently a bishop clashed with a Catholic hospital that allowed a termination of pregnancy since neither the mother nor the child could be saved otherwise. As Pope Francis said in The Joy of the Gospel. Ideas are important but not necessarily the reality. A good Jesuit he.
Paul Ferris
7 years 8 months ago
May have been a little rough on Father Conley in my previous post....apologies...of course there are signs of societies decadence in a lot of areas....nuclear weapons, economic injustices, pedophilia, pornography, etc. etc. abortion and contraception for selfish reasons...
Stanley Kopacz
7 years 8 months ago
Great to read about the too rarely mentioned Marcel. I read him early in life and it has affected how I lived that life. I don't think Marcel protested technology as much as the taking for granted of that technology, living on the surface of that technology. I actually started doing more car repair after reading that, to the level of rebuilding an engine. With respect to bringing new human life into the world, it is obvious that we will have to limit birth globally to survive. This should be done without abortion, but it must be done. I see this as a necessary sadness. At any rate, this article makes me want to reread Marcel. It was a rich, humanizing experience. In answer to Paul Ferris, Marcel was married. I believe he had four children.
Paul Ferris
7 years 8 months ago
Forgot to mention I did hear Marcel give a lecture at Notre Dame in 1962 or 63. He was an eloquent old man who received a standing ovation from a very large audience. I have purchased many of his books and have ordered Man Against Society which has been delayed in coming because of storms across the United States.
Paul Ferris
7 years 7 months ago
I purchased Man Against Mass Society and think it is very profound. Marcel is a hard man to summarize because the real value is reading him. Yes he did bemoan the fact that the industrial worker did not have a large family and thought about getting a little dog. He made no mention of the reality of women who today are the CEOs of General Motors and who still may want to have children. I still think it interesting in such a profound work, Father Conley a priest cited that comment out of a very rich work. Manufacturing in the United Sates is at a very low point and people who work in McDonald's need to supplement their income not on dog food but on food stamps.