Skip to main content
Of Many Things
October 15, 2012 issue 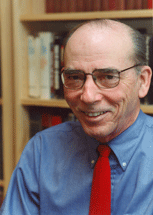 When I was studying at the Jesuit theological seminary in Woodstock, Md., in 1964, Vatican II was under way; and I had been invited to a “different” Mass in a tiny chapel on the grounds. Suddenly at Communion, the recently ordained celebrant, Jake Empereur, placed the host not on our tongues but in our hands! I still had three years to go before my ordination and the official introduction of changes in the Mass, but this celebrant was taking the initiative.

Most articles on the 50th anniversary of Vatican II have overlooked the creativity before and after the council’s liturgical reforms, which brought new intimacy to the Mass. This essay is not meant to be a 1960s-style protest but to serve as a time capsule, capturing a moment in history that should not be lost. The challenge in that new era was to bring the Eucharist to the greatest number of persons. With the support of five Jesuit universities where I worked and the local diocese of New Orleans, this included students and prisoners. All experiments, particularly in those years, are vulnerable to excesses. But I rejoice that the young priest put the host in my hands when he did.

At Woodstock each morning, in small chapels on the fourth floor, the Mass took different shapes. At one of these the celebrant distributed the roles of the Mass: one seminarian was to improvise the opening prayer, another a preface or the closing prayer, another was to preach extemporaneously. In another chapel the eucharistic prayer was a text from the Gospel of Luke or one of the letters to the Corinthians. Many wrote their own canons. John Mossi, S.J., editor of a collection of original canons from that era as well as ancient fraction rites (Bread Blessed and Broken, Paulist Press, 1974), told me recently, “We wanted a liturgy not translated from the Latin but in our own cadence, poetry and experience.”

When experimental canons were widely published (100 in Holland alone), America printed two (May 27, 1967): one by the then-Jesuit poet John L’Heureux, which begins, “Blessed are you, Father, in all the things you have made: in plants and in animals and in men, the wonders of your hands. Blessed are you, Father, for the food we eat; for bread and for wine and for laughter in your presence.”

At Fordham in the 1970s, three Jesuits often concelebrated a Mass for students on weekdays at midnight, where we sat in a circle on the floor to discuss the word of Scripture, then gathered around the altar for the eucharistic meal. For 10 years, students came to these—sometimes one, sometimes 20.

Liturgy must adapt to its context. In the 1990s I said Mass frequently in a New Orleans prison. A blind, black guitarist, an elderly nun who had once been held hostage in a prison riot and I had a maximum of 30 minutes to do our thing: wipe the breakfast slop off the steel table in the cellblock recreation space, with the sound of toilets flushing in the background; sing “Jesus on the main line, call him up and tell him what you want”; a Gospel reading and short homily; the Our Father, greeting of peace and Communion; a final prayer, hymn and blessing. In a moment I will never forget, a woman prisoner asked me to find and speak to her son. “Of course,” I replied. “Where does he live?” The boy was in this very prison, some cell blocks away. Jesus said, “When I was in prison you visited me.” Because there were so many prisoners and so few priests, it would be months before those men or women could be visited by Jesus in the Eucharist again.

Recently, on a visit to an old army friend at his lakeside home, we sat across the table from one another and I improvised some prayers. My thoughts shot back to Emmaus and to Jesus, recognized in the breaking of the bread.

Talking about Eucharistic intimacy here’s a story. Once having positioned myself as close to the tabernacle that I could get, sleep, rather than prayer, became the norm, collapsing my intention of prayerful “quiet time” with the Lord.  Try as I might, slumber kept interrupting my good intention to the point where I decided to focus on the tabernacle door in a kind of  disciplinary way imagining in my mind that I was prying open the tabernacle door, hoping through that concentration to keep sleep at bay. Still, despite the placement of   disciplinary “toothpicks” of determination holding open my eye lids, sleepiness refused to evaporate!

In that “comatose” state suddenly imaginatively I   “heard” the words, “Come on in!” I must have thought it was the Lord, so my sleepy response was,   “Where, Lord?” The imagined reply was immediate, “In the tabernacle with   Me!”  Now at last I was  wide awake and  quickly  understood  the message – it was all about “intimacy.” It was about Jesus inviting me to come chat with him , sipping coffee, or a glass of wine, or some beer!  And best of all in a flash I knew   it wasn’t just  about me – it included everybody. I understood   that Jesus was everybody’s “Best Friend” and he wants everybody to be his “best friend” too!

Application: In my unsophisticated opinion, I believe attending Liturgy (Mass) should be just as intimate. At the Fist Eucharist on the night before he died, at the table there was a lot of intimacy between Jesus and those at table, more than likely not only the Apostles, chopping away at roasted lamb and all the trimmings, dipping bread into the gravy and drinking wine. And most interestingly the Gospel says those around the table were reclining. To “recline” means “to lay back or down,” meaning that the First Eucharist happened in laid-back, or laying down position! When I was very young SITTING during Mass was enough to get wacked by the teacher!

Of course, I understand there must be structure in Liturgy and it cannot be done in a kind of helter-skelter way. But does it have to be so rigidly ritualistic? The Mass besides being the Un-bloody continuation of the Sacrifice of the Cross, is  also a family get-together, a Communal Family Meal that by intrinsic structure should be intimate. If it is a family meal, shouldn’t there be something “laid-back” (not rowdy, just like a friendly family-gathering)   when we gather for Liturgy (Mass?)

This being said I must also add that, I agree with St. Augustine who said, “We must always FEEL with the Church.” And I do and can “fall in line” like a good soldier if I must. Yet, more inclusively and respectfully may I also  point out that by this blog, the Church has also  just expressed how it feels!

Craig McKee
7 years 4 months ago
Having been lucky enough to study with many of the post-Vatican II "monstres sacres" both at Notre Dame (+Ed Kilmartin, S.J. et al.) and the Institut Superieur de Liturgie in Paris (Pierre GY, O.P. et al.) well nigh 30 years ago, I was even luckier to have PRAYED with them. Good, holy and wholesome men AND women who gave their lives to contemplating the mysteries and sharing the fruits of their contemplation with us...both in footnotes and pastoralia.

If nothing else, I learned never to mistake UNIFORMITY for UNITY.
DONALD CONNOLLY
7 years 4 months ago
My Mass awareness dates from the 1930s - altar boy, mumbling Latin with face toward the floor.  Fast forward to 1960s with three young children at Mass, trying to follow in the Missal.  What joy when the priest faced us and English became the norm, and more so when the first translation (which we are now back to!!) was modified to be more idiomatic, less fussy and more meaningful.  But my most exciting time was at a funeral, probably around 1970, when the priest said the consecration prayers with host, then chalice, extended toward the congregation, moving them across the space and including us all in the action.  Eventually that became the norm.

Now, our young priest "dives into the chalice" when he consecrates and never even looks at the congregation.  It's just between him and God.  Each time I experience that, my throat tightens.  I'm not important.  But I know better, thank God.
Advertisement

This article also appeared in print, under the headline “Of Many Things,” in the October 15, 2012, issue.

Raymond A. Schroth, S.J., is literary editor of America.