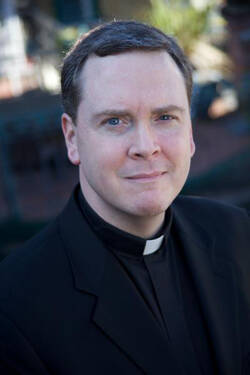 Living as I do in a very large, fragile glass house, I am reluctant to throw stones. I say this because Lent is a good time to take stock of the moral quality of one’s relationships and general environs, to get a better idea of how one is or is not a part of the world’s problems. There is, however, an occasionally indiscernible line between healthy reflection and self-righteous judgment. In recent years, in addition to the patient grace of God, I have come to rely on a more this-worldly insight in order to make sense of such things: the thought of René Girard, the French-American Catholic cultural critic. Girard stumbled onto an idea a few years ago that he calls mimetic theory, and the basic gist of it is this:

First, Girard says, all human desire is mimetic. Apart from fundamental biological needs, human beings copy one another, not just in basic linguistic and behavioral patterns but also in terms of what we consciously want. Strictly speaking, then, I have no desires that are original to me; rather, I desire according to the desire of another.

Girard’s second insight is that human conflict occurs when the desires of multiple people converge on the same object, either seen (that iPad), or unseen (happiness). Third, this conflict, which he calls mimetic rivalry, quickly escalates and can plunge a whole community into crisis. Such crises are resolved through “the scapegoat mechanism.” One person, then another and then a whole group of people point the finger of suspicion at an individual, the sacrificial victim, who is then expelled or destroyed. The sacrifice of the scapegoat restores order to the community...until the next crisis.

Admittedly, this is pretty grim news. We are, by nature, not free in the way that we thought; worse, we are prone to pretty brutal forms of violence. The good news, however, is that there is a way out. In the words of one student of Girard, Michael Kirwan, S.J.: “the Gospel is the biblical spirit that exposes the truth of violent origins, takes the side of the victim and works toward the overcoming of scapegoating as a viable means of social formation.” In other words, the life, death and resurrection of Jesus subvert the whole ghastly enterprise.

You may be asking why any of this matters. For starters, if mimetic theory is true, then we may need to rethink some of our most treasured presuppositions. If Girard’s world is, in fact, the world we live in, then the modern notion of the autonomous, self-actualizing individual, for example, is nothing more than a romantic myth.

Girard is not without his critics; I have a few questions myself. Still, his theory has some very interesting possibilities. It could help us understand, for example, something that is much on my mind these days: According to Girard’s theory, the scapegoat isn’t necessarily innocent and frequently isn’t. A sinner can still be a scapegoat.

That counterintuitive fact helps explain the sense of self-righteous satisfaction we derive from throwing stones. And there’s a lot of stone throwing at the moment; the news is full of tales of individuals who have done apparently sinful things. Many of us like to point to them—prelates, athletes, next-door neighbors, whomever—and say, along with the rest of the group, that there is no way that we could have done what he or she did; that, even in the same situation, in the same circumstances, we would certainly have acted differently. That’s a comforting thought, though mostly a lie.

Girard’s theory, not to mention revelation and much of human history, challenges that smug, self-righteous assumption. This Lent, we would all do well to consider how. I myself intend to do so in the quiet, though expansive living room of my own glass house.

Matt Malone, S.J.
@americaeditor
Show Comments (
6
)
Comments are automatically closed two weeks after an article's initial publication. See our comments policy for more.
Chris NUNEZ
9 years 4 months ago
YOU CONCLUDE " If Girard’s world is, in fact, the world we live in, then the modern notion of the autonomous, self-actualizing individual, for example, is nothing more than a romantic myth." But the point is that once the mimetic mechanism, the scapegoating mechanism has been revealed and understood all we need to is recognize it at work. Once we recognize the mechanism begin it's awful work, we are free to stop the mechanism. We are free to stop the lynchings, the group bullying, the gang rape. Robert Hamerton-Kelly's brief work "The Poetics of Violence in the Gospel of Mark" based on Girard's theory describes the dynamics of the scapegoating mechanism. It is the failure of the Catholic Church that the mechanism which was revealed in the crucifixion of Jesus has not been treated as the teaching tool it should be in order to bring this to light. Our God-given freedom, our autonomous, self-actualizing nature is not a myth. It is a challenge to us to recognize the mechanism at work, and stop it whether in ourselves or others. Easter is coming up, who will use the opportunity to reveal the scapegoating mechanism at work in our Great Easter celebration, or the 'smaller' Easters?
Bruce Snowden
9 years 4 months ago
If Rene Girard is correct that “all human desire is MIMETIC” could it be a consequential residual effect of the Original Sin committed within the original formation of the Original Family of God, Adam and Eve, called forth perhaps, from the existing human gene pool, lavishly grace and prototypical to the later call of Abram, to the call of Moses and the Original Chosen of God, to the Christ and his Church, the latter in essence the perfection of the Family of God and its most perfect expression? Respectfully, if what I’ve tried to say validly links to Rene Girard’s “discovery,” then I’m please at this post. If not, I’ve missed the point!
Matthew Malone
9 years 4 months ago

You are on to something. You might check out this book about Girard and original sin:

Marie Rehbein
9 years 4 months ago
Girard's theory is just one way of looking at ourselves. However, if we believe it is the definition of what it is to be human, we limit view of ourselves to one that makes us hardly different from our fellow creatures, even bees or ants. Obviously, there are enough individuals among us who are inclined to be countercultural for anyone to be able to claim that Girard's theory is definitive. There are circumstances in which groups behave as described by the theory, but there are many circumstances in which they don't. The times when the group thing does not happen, however, are not times of which we take note.
Bruce Snowden
9 years 4 months ago
To Matthew Malone (Father, or just coincidental?) Looked up the site offered and found only "I See Satan Fall Like Lightning" by Girard. Is that the one you had in mind? Very pleased you saw somehting useful in my post.
Bruce Snowden
9 years 4 months ago
To Matthew Malone, Found it. Thanks!