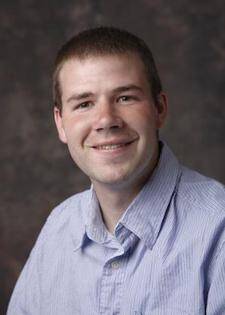 On the centennial of the start of the First World War, it is appropriate to remember the millions dead and resources wasted, and to heed the great call of Pope Paul VI and his successors: “No more war! War never again!” It is also worth recalling a particularly scandalous aspect of World War I: it involved mostly Christians killing other Christians. Catholic Italy and France were pitted against Catholic Austria-Hungary. Other major players, like Germany, Russia, Great Britain and the United States, were also majority Christian countries.

At the outbreak of the war, William Temple, later archbishop of Canterbury, lamented: “Members of the body of Christ are tearing one another, and His Body is bleeding as it once bled on Calvary, but this time the wounds are dealt by His friends. It is as though Peter were driving home the nails and John were piercing the side.”

We know, tragically, that the Great War was not in fact “the war to end all wars,” but rather the opening salvo in modern history’s bloodiest century. In this issue David Carroll Cochran seeks to account for the “shocking numbers of innocent soldiers” butchered in these wars. He asks us to take a close and critical look at the traditional justifications for killing soldiers, even in just wars. The principle of discrimination, for example, protects civilians from attack, since they cannot be held responsible for the war. But it is also true, Professor Cochran writes, that most soldiers “have no say in when or where their national leaders start wars.” Still, these soldiers pay the greatest price.

Also in this special issue on liturgy and church design, John F. Baldovin, S.J., traces liturgical developments since the Second Vatican Council by looking at the funerals of three Kennedy brothers. He examines changes in dress, music, language and prayers, and what these reveal about the evolving Catholic disposition toward the world. Father Baldovin, however, believes that the relationship “between the liturgy and ordinary life, with the implication of the struggle for peace and justice, is probably the most unrealized and underappreciated promise of the post-Vatican II liturgical reform.”

Do these articles on liturgy and war have anything to do with each other? Actually, quite a bit. Throughout church history, many prominent Christians have written about this very connection. In the third century, for example, St. Cyprian of Carthage instructed his fellow Christians: “After the reception of the Eucharist the hand is not to be stained with the sword and bloodshed.”

More recently, Virgil Michel, O.S.B. (1888-1938), one of the leaders of the preconciliar renewal of the liturgy in the United States, wrote about the social implications of the liturgy. Like Dorothy Day, his social vision was rooted in the mystical body of Christ. The bloodshed of war, he wrote, tears apart and inflicts real wounds in the body of Christ.

In the Sermon on the Mount, Jesus teaches his followers to reconcile with their sisters and brothers before bringing their gift to the altar (Mt 5:23-24). At each Mass, Catholics exchange a sign of peace and, in receiving Communion, become what they receive: the body of Christ. We are then challenged to live out in the world what we have experienced in the liturgy.

Professor Cochran challenges us to see beyond the simple categories of enemy and soldier, and to look more deeply, to see the person on the other side of a conflict. The Eucharist is where this vision is nourished, practiced and embodied.

Luke Hansen
hansen@americamagazine.org
Show Comments (
1
)
Comments are automatically closed two weeks after an article's initial publication. See our comments policy for more.
Anne Chapman
8 years 8 months ago
Perhaps it is time for the Catholic church to open the eucharist to other Christians in the body of Christ, as do most other Christian denominations. If there is to be healing of divisions that often have led to Christians killing other Christians, maybe it's time to start at home and to affirm the truth that Jesus invited ALL of his followers to the table. He did not check their baptismal certificates (and since those at the Last Supper were all Jewish anyway.....)