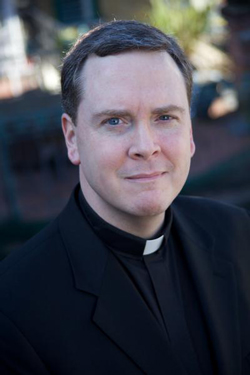 The British have a funny relationship with spectacle. On the one hand, they have a deep-seated love of pageantry—a centuries-old belief in the power of public performance to tell their national story. Over the centuries, this constellation of fact, myth and élan has done the job of uniting the otherwise utterly dissimilar peoples of Great Britain. On the other hand, the British capacity for self-mockery knows no bounds; this is the country, after all, that practically invented modern satire. It’s nearly certain, then, that the most cynical view of the British penchant for spectacle is to be found among the British themselves.

So it was not surprising that in the build-up to Margaret Thatcher’s funeral last month there were howls of protest among many Britons. “Too many pounds and too much pomp for too little purpose,” they pouted; protests were planned and boycotts announced. Few people actually turned out to protest on the day of the funeral, however; the British respect for respectability triumphed again. Still, as the Iron Lady’s cortege wended its way to Saint Paul’s Cathedral, an impassioned debate followed its every turn. To be sure, Lady Thatcher was a polarizing, transformative figure, a sort of spectacle in her own right. Yet in the legacy debate last month, she was frequently spoken of as something even greater than that. In the minds of many Britons, Margaret Thatcher was either the messiah or Mephistopheles.

That kind of hyperbole, of course, is an inevitable byproduct of any vigorous politics. But last month the language was particularly strong, the posturing particularly grotesque and the stakes unnecessarily high. So what gives?

Part of the answer lies in understanding what the philosopher Charles Taylor calls “the secular age” that we currently inhabit. According to Taylor, a secular age is characterized by the widespread rejection of the “beyond”; it is an age in which we live in “the immanent frame,” a this-worldly “constellation of orders, cosmic, social and moral” that characterize the modern age.

The political implications of Taylor’s thesis are obvious: If there are no goals beyond human flourishing, no shared acknowledgment of something beyond the short, brutish nastiness of this life, then what fundamentally concerns only this life becomes all the more important. Politics, therefore, becomes liturgy, and ideology becomes theology as society displaces the church as the locus of community. Politicians like Margaret Thatcher become ever more powerful (and priestly) symbols. Instead of the patient grace of God, the state is what transforms the pluribus into an unum. The political stakes grow higher and higher as a result. We no longer live in a fallen world but in an imperfect society; our politics, then, becomes a debate about the best means to self-perfection, a goal that is equal parts cynical realism and tragic fantasy. As James Hanvey, S.J., writes in this issue, “any society that has substituted arguments about means for arguments about ends is a society in decline.”

There is a different kind of decline taking place across the Irish Sea, Archbishop Diarmuid Martin writes in this issue. At first glance, it might be unsettling to find an article about the Irish church and an article about a British prime minister in the same issue. Perhaps. After all, as has so often been said, “What the English could never remember, the Irish could never forget.” Still, these two stories have more in common than one might think. For in order to find their way out of their very different troubles, the English and the Irish must both remember the same thing, the same someone, the true savior, who presides in loving splendor within and beyond the immanent frame.

Show Comments (
1
)
Comments are automatically closed two weeks after an article's initial publication. See our comments policy for more.
Edward Ray
7 years 4 months ago
Nice piece. It would be great if more of the Jesuits in the US had a similar worldview.
Advertisement

This article also appeared in print, under the headline “Of Many Things,” in the May 20, 2013, issue.