Who gets to say who the "real Catholics" are? 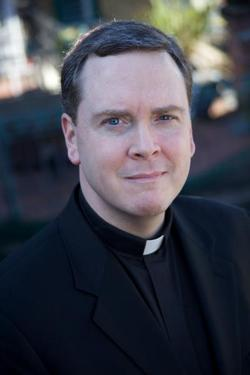 I can virtually guarantee you that if you attend Mass on Sunday morning in any parish in the United States, you will find yourself sitting in a pew near someone who disagrees with you about what the public policy should be on abortion. Or same-sex marriage. Or the death penalty. While the teaching of the church on the moral dimensions of these issues is clear and consistent, there is today, as there has always been, a spirited debate about how to apply those moral principles in the public realm, one that is democratic, diverse and nonsectarian. As John Courtney Murray, S.J. once wrote, in a pluralistic society “there are circumstances in which human authority has neither mandate nor duty nor right to use its coercive power against error and evil.”

In other words, it does not necessarily follow from the fact that something is immoral that it should be illegal. Thus our public policy choices belong to the realm of prudential judgment. To be sure, the church’s magisterium has supported specific public policy solutions in the areas of abortion, the death penalty, prostitution and other contentious issues. And not all of those issues involve the same level of moral gravity. Yet Catholics are still free to disagree with one another in good conscience, if not about the moral principles at stake, then certainly about the prudential application of those principles in the public square.

For this reason it is both imprudent and impractical to use an individual’s position on a public policy question, even a life-and-death issue like abortion or the death penalty, as the only basis for determining whether they have a right to sit next to us in church on Sunday morning. I am pro-life. I believe that abortion should be illegal in this country in almost every circumstance. But I can’t imagine saying to the person sitting next to me at Mass, the one who disagrees with me on what the public policy on abortion should be, that he or she is somehow less Catholic than I am by virtue of that simple fact. I certainly wouldn’t tell them to leave, nor would I protest their arrival at the front door of the church.

Yet this is precisely what happened recently to Tim Kaine. The Democratic vice-presidential nominee was met by a small group of protestors at the parish church in Richmond, Va., where he has attended Mass for 30 years. According to WTVR-TV, “the demonstrators claim the Virginia senator’s voting record contradicts the Catholic faith on issues of abortion and gay marriage.” One organizer of the protest told reporters, based presumably on the fact that the senator has a lamentably near-perfect voting score from Planned Parenthood, that Mr. Kaine “is not America’s dad at all.... He’s really, all I can say, is evil.” Whatever the protester meant, that statement is manifestly uncharitable.

We should note for the record that a much larger crowd enthusiastically greeted “Kaine and his wife, Anne Holton, the Sunday after Clinton picked him as her running mate.” Prescinding from the fact that I strongly disagree with Mr. Kaine about the public policy question of abortion and that this magazine has been sharply critical of his position in a recent editorial (see: Am., 8/15), if I belonged to his parish, I would be standing with the folks who were welcoming him. And I bet that, like the congregation itself, the welcoming crowd would be a mix of “pro-life” and “pro-choice” people. The reason is simple: Our fundamental identity and unity as Catholic Christians does not reside in our allegiance to a set of ideas, much less to some political manifesto. Our unity resides in the person of Jesus Christ. For us, as I have often said, truth is ultimately a person—a “someone” we encounter rather than a “something” with which we beat each other over the head. In other words, jeering your fellow Catholics as they enter the church on Sunday is neither Catholic nor particularly pro-life.

As a faithful Catholic for 82 years I congratulate Fr. Malone for his "many things column" comments. So many events in all of our lives are so paradoxical that a Catholic must seek our higher power (God) to conclude that judgement belongs to God alone and not us. If we really believe that and act accordingly then unity and Christ's peace is preserved for us. If we do this and elect congressional leaders whom we discern will act in line with their conscience like we must do then God will preserve our nation as He has since 1776.
Thank you for speaking out Fr. Malone and I would hope and pray that our Catholic Leaders including Bishops due the same in this difficult time where real leaders need to shepherd and guide the American flock of believers.