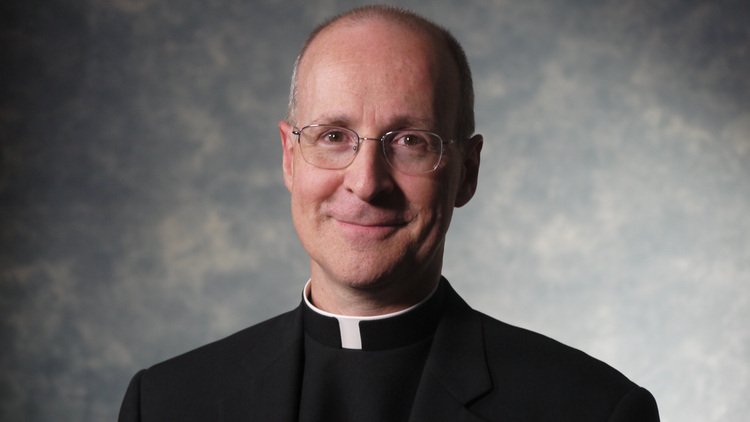 Among the common misconceptions about Jesuits are the following: First, we all have multiple Ph.D.’s. (I have zero.) Second, we all speak Latin. (I do not.) Third, we have all spent many years teaching. (Not me, which I count as a loss.) Finally, we all travel to Rome frequently.

Before last week, however, I had been only three times to Catholic headquarters. All in all, then, I can’t say I knew Rome very well.

During the pope’s recent visit to the United States, I frequently had religion journalists mention a Vatican office and say something like, “They’re right near the Porta Santa Anna.” They might as well have been describing a crater on Mars.

So I was happy when our editor in chief, Matt Malone, S.J., asked me to go to Rome on behalf of America Media last month. Normally Father Malone visits various Vatican and Jesuit offices as a part of his job. But this year, because of a busy schedule (he is one of the hardest working Jesuits I know), he was unable to go.

Initially, I was worried that perhaps there wouldn’t be many people who would be able to see me. Happily, though, I met with a mix of Vatican officials, Jesuit officials and coworkers at the Jesuit headquarters, journalists, bishops, rectors, priests, religious men and women, editors, students, an ambassador or two and of course many of my Jesuit brothers. It was a fun, if grueling, trip. I got lost more than once, ate too much bread and, thanks to a friend, saw the inside of the Apostolic Palace. When my guide escorted me onto a stunning loggia down which popes have strolled, I said, “I’m not even going to pretend to be blasé.”

Perhaps it was the same under John Paul II and Benedict, but the pope was the center of almost every conversation in Rome. Now, I bow to no one in my admiration for Papa Francesco, but at times I wondered if there was anything else to talk about! It reminded me of a group pilgrimage to Lourdes, when it seemed that the only names on our lips were those of Mary and St. Bernadette. After one Gospel reading at Mass, a Jesuit companion turned to me and said, “Ah, Jesus! I’ve missed him!”

One day I was returning from an appointment with a Vatican official to the Jesuit curia, a few hundred feet from St. Peter’s Square. As I made my way to my room I passed the larger-than-life statue of Jesus which stands on a high ledge overlooking the Curia garden. Underneath the statue was the legend: “Salus Tua Ego Sum.” Yes, I don’t know much Latin. But this was easy: “I am your salvation.” And I thought, well, yes, not the pope. It was a good reminder for someone like me, who idolizes Francis.

The second topic of conversation was the Jesuit general congregation, which begins in October. Admittedly, this topic was mainly of interest to my Jesuit confreres, but there is a great deal of anticipation for the 36th General Congregation, during which the delegates will elect a successor to Adolfo Nicolás, the current superior general of the Society of Jesus. When Father Nicolás concludes his term, he will, like all Jesuits, be missioned by his provincial. He follows the example of his predecessor, Peter-Hans Kolvenbach, S.J. After Father Nicolás was elected in 2008, a reporter asked Father Kolvenbach what he would do next. “Whatever my superior asks me to do,” he said. Today he works as an assistant librarian at the Université de Saint-Joseph in Beirut, Lebanon. He knows who is in charge.

So does Father Nicolás. So does Pope Francis. It’s Jesus, our salvation. I was happy to be reminded of that in Rome.

James Martin, S.J.
@jamesmartinsj
Show Comments (
2
)
Comments are automatically closed two weeks after an article's initial publication. See our comments policy for more.
Beth Cioffoletti
5 years 7 months ago
I'm glad you got to Rome, Jim. I enjoyed your reflections about Francis (and Jesus). I too am a Francis idolizer, recognizing and responding to him as a fellow traveler. A friend. A sinner who isn't shy about admitting it. It amazes and pleases me that we - Francis and me - live in the same time, the same era. I check on Francis often. Watch him on my iPhone as he says Mass. Follow his travels and read his homilies. Read books about him. He's my #1 spiritual teacher now, seamlessly fitting in with all my other teachers, but also adding a dimension of reality that I had not previously been able to understand. Like popular devotions. Like even considering what "Jesus Saves" means. When I was in Rome (Easter 2014) all I wanted to know was that I was breathing the same air as he was. In the same time and place. (We had close seats at Easter Mass and I could have touched him as he came through the crowd) That was reassuring, and something that I brought home with me. To live in the time of Francis is a great gift, and feels like the most radical thing to have happened on a global scale in a long time. It also feels like an awakening of sorts.
Bruce Snowden
5 years 7 months ago
Father Martin, All the things you mentioned like Ph.D's, trips to Rome, et al are good, when they serve as rungs on Jacob's Ladder of life lifting to God and the service of humanity. You already have the greatest lettering after your name, "S.J." as does that "Great Light" in our world, Pope Francis, S.J. I thank you both!