The Man of Sorrows: A Naval Academy professor visits Guantánamo 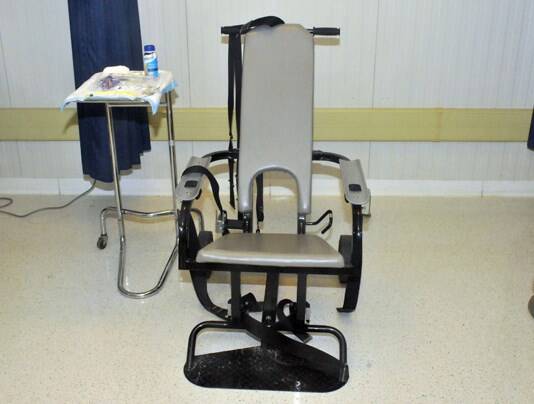 When I visited the detention camps in Guantánamo Bay, Cuba, I was shown a television room with shackles welded into the concrete floor. It was a stomach-turning sight, yet even then, a friendly guard said, “The detainees like coming in here because they are shackled by their ankles only. No handcuffs in here. This room is a reward for good behavior.” I was startled by the guard’s seeming ability to transform shackles into a positive.

Throughout my visit to Guantánamo, I heard repeated explanations of our humane treatment of the detainees. Like a school principal proud of a new building or a mayor happy with a new recreation center, each staff member pointed out all the good features of the detention camps. Tour guides at national monuments are seldom more upbeat and optimistic.

The staff is not sadistic. They are not Nurse Ratched. Rather they fiercely believe in the American ideals of justice and fairness and decent treatment of those in our custody. They want to change the public view of the camps, a view the staff believes is distorted.

Nowhere was this belief more apparent than outside the medical bay when a medical staffer explained force-feedings. With professional calm and compassion, she explained that when we force-feed the detainees, we are taking care of them. We cannot let them starve. The tacit subtext was clear: we are, after all, the United States of America, founded on a Judeo-Christian culture. Inmates are not being mistreated during the procedure, for we are not a country that mistreats others.

Further, she argued, the detainees have turned the feedings into an advantage. A respite from the isolation of their cells, the communal feeding sessions provide time for detainees to socialize and network. The detainees like to make sure that at least 20 of them are on a hunger strike at any given time. Thus, when brought to the medical bay for force-feeding, they have greater potential to communicate. Moreover, the force-feedings are labor intensive. Each detainee must be accompanied by at least one guard. The detainees relish confounding the normal rhythms of the detention camps by pulling the guards from other duties.

Only those detainees who fight the feedings are severely restrained, she said. Not once did she mention the misery of the procedure.

In a recent New York Times op-ed (4/14), Samir Naji al Hasan Moqbel, a Yemeni detainee, described an extreme example of being force-fed. But misery attends even less extreme force-feeding. Anyone who has ever endured the insertion of a nasogastric tube knows the feeling of nausea. Painful burning and a drowning sensation add to the misery of the procedure.

Indeed, in the detention camps, we do take safeguarding measures. We strive to keep the detainees safe from themselves. Prayer caps are made from several small strips of roping rather than one long continuous rope, which could be fashioned into a noose. Towel hooks are mounted low on walls to prevent their use as hanging posts, and they give way under forty pounds of pressure. Guards are trained to put their eyes on the detainees every three minutes.

But force-feeding is not such a safeguard. It is a violation of a fundamental human dignity, a dignity these detainees do not abdicate when we incarcerate them.

In his New York Times column, “The Ethicist,” Chuck Klosterman recently answered a reader’s question about whether it is rude for a vegetarian to reject a meat-dish prepared for dinner (4/19). The vegetarian sought vindication. Mr. Klosterman’s response was clear: “There’s no ethical imperative to consume food you don’t want inside your body (regardless of the reason).”

Most of us will agree with this assessment. No one can force us to eat. No parent, without violence, can force a child to eat. No caretaker, without force, can feed an unwilling patient. People have the right to protest unwanted food. The detainees have not surrendered their right to protest merely because they are locked up in cells.

No one is sanguine enough to suggest there are easy answers. President Barack Obama, having lost his bid to close down the camps, cannot manage to stop the force-feedings. The President of the United States cannot do even that much.

I do not, for one minute, want to claim innocence for all the detainees. I have been to Guantánamo. I have seen and experienced the hatred and menace pouring forth from some of these men. But when we shove tubes up the noses and down the throats of people, arguing that compassion compels us, we perpetuate the hostility we seek to arrest. Our failure to halt the force-feedings at Guantánamo stems, at least in part, from our refusal to accept our own cruelty.

Again and again, during my visit to Guantánamo, I tried to imagine Jesus Christ walking the halls with the guards, or viewing TV with an ankle-shackled inmate, or watching a nasogastric tube inserted into a detainee’s nose. My imagination offered only one image: The Man of Sorrows (Is 53:3).

Click here for America's complete coverage of the Guantánamo prison. 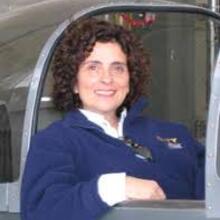 Anne-Marie Drew is a professor of English at the U.S. Naval Academy, and a member of the pastoral council at St. Mary’s Catholic Parish in Annapolis, Md.

Show Comments (
2
)
Comments are automatically closed two weeks after an article's initial publication. See our comments policy for more.
Vincent Gaitley
9 years 1 month ago
Force feeding a prisoner trying to undermine the course of justice (no matter how slow) is not a violation of some fundamental human dignity. One can argue easily that since the feeding is nutrition, the process is therefore a medical intervention. Suicide is prevented by vigilance and weak fiber cordage; starvation is not permitted because it offends the course of justice undertaken by the state. No inmate has a right to protest, prisons are not forums for democratic debate. Prisoners are protected by procedural due process and the encompassing rule of law, and that rule will not be short circuited by the inmate. The liberals who decry this force feeding as somehow inhumane are the same voices who condemned Margaret Thatcher for allowing the IRA prisoners to starve to death (e.g. Bobby Sands). Who has the right to self-destruct? Perhaps a free person choosing suicide, but I doubt one should call the ability to kill oneself a right or a form of human dignity. Those who self-starve do so to draw attention to themselves and their cause, whatever it is. Those states holding such persons are well within their power and humane responsibility as custodians to thwart those attempts. We are in strange times when the act of political self starvation is welcomed as one more human right. And I know--we all just know--that if one prisoner dies from this kind of protest method, the US government will be blamed for not intervening. I have no tears for the imprisoned at Gitmo--POWs are always held without charges and trials until the end of hostilities--and no empathy, but prisoners are under the complete care of their holders and they must be protected, even from themselves. Complaining about the burning and sensation of drowning during a force feeding is meaningless since the prisoner was willing to endure the awful pains of starvation. That's like saying surgery can't be done because the doctor must cut you. A Jesuit once told me that the problem with being an outlaw is you lose the protection of the law. Those gathered at Gitmo get clothed, housed, and fed, willing or not. We do not do this out of compassion or solidarity, but justice. Rock hard justice.
Barbara DeCoursey Roy
9 years 1 month ago
Thank you for your compassionate witness.