'Long Day’s Journey' and 'Streetcar' demonstrate the genius and challenge of American drama. 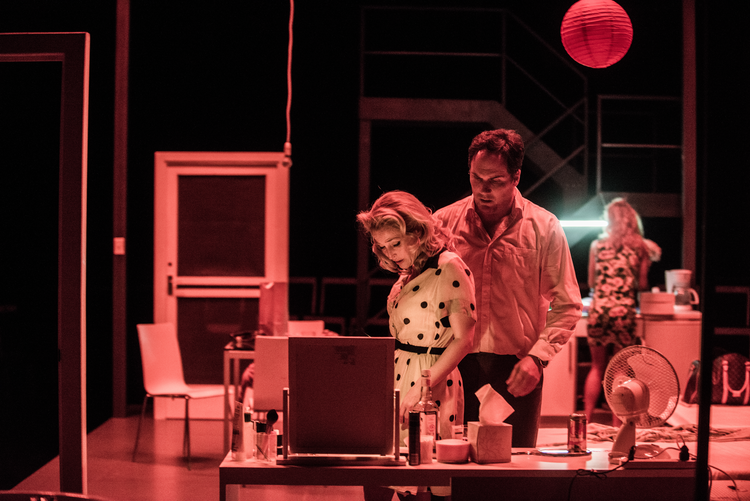 American theater has nothing to prove on the world stage; the 20th century saw to that. After languishing in the shadow of its European forebears, our young country’s theater had a definitive flowering in the so-called American century, as playwrights found a native language in the nation’s bustling vitality and heedless striving, common pleasures and modern anxieties. From Arthur Miller to August Wilson, we had playwrights not only worthy of our national dialogue but who are able to lay some claim to quite literally creating it; and the best of our American plays now stand without apology alongside the greats of the Greeks and Elizabethans.

Certainly they are revived as frequently as any European classics. In addition to ritual productions of works by Wilson and Miller (including a current Broadway staging of “The Crucible”), New York is currently witness to new revivals of Eugene O’Neill’s posthumous masterpiece "Long Day’s Journey Into Night" and Tennessee Williams’s shattering psychodrama "A Streetcar Named Desire." It is hard to imagine two more different writers or plays, but these two new stagings offer other instructive contrasts as well: one is traditionally faithful to its period, while the other is aggressively contemporized. That neither is entirely successful is more proof of the delicate, difficult alchemy of theater than of any inherent weaknesses in either the plays or the staging ideas.

In “Long Day’s Journey,” O’Neill wrote not only his best play but his thorniest and most naked self-examination. The play anatomizes in painstaking detail the dissolution of his own family, only thinly veiled in his characters. There’s James Tyrone, the grandiose stage actor patriarch; his morphine-addicted wife, Mary; a roustabout son, Jamie; and a sickly younger son modeled on the playwright but renamed Edmund, in an eerie exchange of monikers. O’Neill’s younger brother Edmund died in his infancy; in the play, the Tyrones’ lost child is named Eugene. This close-knit autobiographical intimacy may explain the torturous difficulty of the play’s creation—O’Neill is said to have wept continually through its writing—as well as the reason he left stern instructions upon his death in 1953 not to have it published for a quarter century (his widow thankfully overruled this directive, and the world only had to wait three years).

The new Broadway staging at Roundabout Theatre Company, playing through June 26 and directed by Jonathan Kent, has two strong leads in Gabriel Byrne, whose James Tyrone manages to seem both deeply haunted and touchingly affable, and Jessica Lange, whose Mary, though she flutters nervously about the stage without coming to rest, nevertheless has a wrenching gravity. Lange may suggest a butterfly, but an iron one. In the showboat role of Jamie, the cynical brother who sees through dad’s blarney and mom’s denial, Michael Shannon brings his patented Christopher Walken-like menace but little else; his acrid bluntness gives the proceedings a shiver of tension for a while, but his icy remove soon becomes monotonous. And John Gallagher makes a callow, petulant Edmund.

It doesn’t help matters that Kent has staged the play’s four hours of tough talk in a kind of fogbound suspended animation. The result is a “Long Day’s” that feels paradoxically both static and unmoored, and which for all its unblinking candor fails to cut as deep as this lacerating play can.

The “Streetcar” that has pulled into St. Ann’s Warehouse, playing now through June 12 after an acclaimed run at London’s Young Vic, has a different approach but the similar effect of dulling the edge of a razor-sharp play. It is not for lack of trying. Director Benedict Andrews has set Williams’ post-World War II classic in more-or-less modern-day New Orleans, with pumping rock music in the scene changes, a ceaselessly rotating set by Magda Willi and a frank, clinical attitude toward its characters’ bodies within that exposed space. Fading former belle Blanche DuBois (Gillian Anderson) may insist on privacy and mystery, but this let-it-all-hang-out production is squarely on the wavelength of its shameless Stanley Kowalski (Ben Foster), who doesn’t care who looks at anything, any time. Indeed, I lost count of how many scenes the lead characters spend in and between various states of casual undress; the production might be retitled “A Changing Room Named Desire.”

In all seriousness, tipping the balance between Stanley and Blanche either way is a grave problem for any “Streetcar,” as Williams’s play rests on fairly weighing brutishness against sensitivity and truth versus illusion. At the equivocal fulcrum of this emotional seesaw is Stella (Vanessa Kirby), Stanley’s wife and Blanche’s sister, whose tragic decision to choose one over the other is the play’s final betrayal. But in its self-conscious, reductive rawness, Andrews’ production effectively telegraphs that ending; Blanche, with her high-falutin’ airs and notions, never stands a fighting chance here. The feeling of a foregone conclusion is made worse by the show’s glacial pace; at three hours and 15 minutes, this is the longest “Streetcar” ride you’re ever likely to take.

There is no law, nor should there be, that says a play must be staged in a way that recreates the era of its writing. On the contrary, the only rule of a live art like theater is that the time is always now, no matter what the characters are wearing; to stage any play, no matter its age, is to put it in dialogue with the current moment. There are tantalizing flickers in this “Streetcar” that suggest the way such a contemporary staging of the play might work, just as there are moments in the new “Long Day’s” that take us out of wherever we are into the eternal present of a great play’s unique internal landscape. It may be one test of a great play that how and where it’s staged doesn’t change its essence all that much. To mangle the words of another deathless playwright: The fault is in our stagings, not the plays themselves.