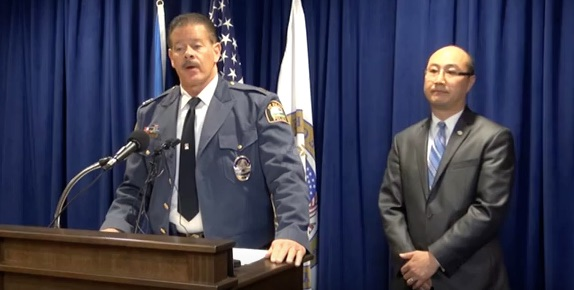 The Ramsey County Attorney’s Office announced a landmark civil settlement with the Archdiocese of Saint Paul-Minneapolis related to a civil case that alleged grave breakdowns in the archdiocese's child protection policies and execution of same. According to Ramsey County Attorney, John Choi, the primary objective of the settlement is to transform the organizational culture of the archdiocese “into one that is vigilant about ensuring that no child will ever again become the victim of clergy sex abuse.”

“Today’s historic agreement increases oversight and transparency to systemically change how the Archdiocese protects children and responds to suspected incidents of child sexual abuse,” said Choi. “As a result, it is my expectation that the facts of this case will never be repeated and the protection of children will forever be of paramount importance within this Archdiocese.”

The agreement runs for three years and will include oversight and enforcement mechanisms by Ramsey County authorities. An accompanying criminal action remains active case and will proceed toward resolution, the county attorney’s office reports.

Archbishop Bernard Hebda, Apostolic Administrator, in a letter to parishioners, described the agreement as “an opportunity for us to do all we can to make sure children are as safe as possible now and into the future.”

For the archdiocese’s priests and parishes, he said the settlement will “require all of us to renew our commitment to continue building a culture that makes the protection of children a priority.”

Archbishop Hebda wrote, “From the time I first arrived here in June—two weeks after the charges were filed—I have worked to learn as much as I can about the events surrounding Curtis Wehmeyer and his abuse of children under his care at Blessed Sacrament Church in St. Paul.

“From that same time, the Archdiocese was engaged in dialogue with Ramsey County Attorney, John Choi, and his staff. We immediately realized we all had the same goal; to make sure children are safe in our churches, schools and communities. So, from the first time our team and the County Attorney’s team met, we worked together to find the best ways to make that a reality.”

He adds, “All of that dialogue, collaboration and hard work came together on Friday morning when a judge accepted the Settlement Agreement with the Ramsey County Attorney’s Office.”

A statement from  the attorney’s office reports that the agreement requires an organizational structure tasked with executing its core components, including oversight by the Board of Directors, the archbishop, Ministerial Review Board, which is comprised primarily of lay persons, as well as Director of Ministerial Standards and Safe Environment. “In addition, it incorporates many of the October 2014 Child Protection protocols agreed upon by the Archdiocese and Jeff Anderson & Associates as well as the 2014 recommendations of the [archdiocesan] Safe Environment Task Force.”

According to Archbishop Hebda, “much of what is in the new document are things we are already doing, while others are practices and procedures that are already working in some dioceses around the country. We are agreeing to implement the plan under a set deadline and to be held accountable for that commitment.”

Two independent audits will be completed in 2017 and 2018, with substantial involvement by the RCAO, to ensure compliance with the Agreement. Judicial oversight to will enforce compliance in the event there is a breach of  the settlement.

According to the settlement clergy must report any arrest or citation that violates archdiocese policies to the Director of Ministerial Standards and Safe Environment, who will determine whether the matter should be forwarded to the Archbishop, Ministerial Review Board, or both When allegations of misconduct including child sex abuse arise in the future, they will now be addressed by the Ministerial Review Board, rather than allowing one or two clergy members to determine how to respond. The settlement requires that when the archdiocese receives a report of child sex abuse and makes a mandated report to law enforcement, it won’t conduct its own internal investigation and won’t interfere with law enforcement’s investigation.

When a cleric has been found not guilty of criminal conduct by civil authorities or has been investigated without prosecution, the Archdiocese will make an independent inquiry and evaluate the cleric’s fitness for ministry. The Archdiocesan Board of Directors will have oversight and knowledge of the Safe Environment Program to ensure accountability at the highest levels of the Archdiocese.

The Archdiocese also agrees to: implement important “compliance standards” to outline a clear standard of response when suspected child sex abuse becomes known to individuals within the Archdiocese, including immediate reporting to law enforcement; to notify local law enforcement of the location of any cleric with a substantiated claim or pending credible allegation of sexual abuse of a minor; and to confer with the county attorney to explore feasibility of implementing a fingerprinting policy as part of its background check process.

The archdiocese will also be required to convene a Conference for Restorative Justice and Reconciliation to bring about further accountability and healing to victims and stakeholders and to establish an independent ombudsperson to assist victims and their families.I t will revamp its website to provide easy access to Safe Environment documents, including how to report abuse and the Archdiocese’s policies on Abuse. The archdiocese agrees to enhance its record keeping using electronic databases to monitor compliance with Safe Environment requirements and document requirements for clergy files.