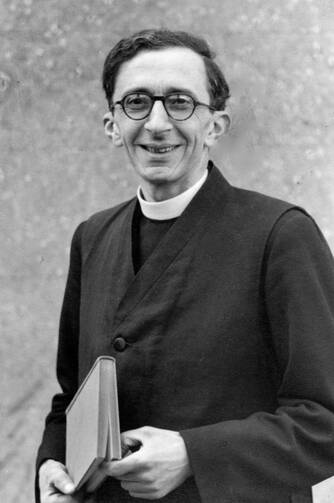 At a recent conference focused on the future of the Catholic literary imagination in the United States, I was asked to be part of a panel entitled “The Jesuit Literary Imagination.” There are lots of ways one might explore the modifier “Jesuit,” though I would be prone to use the word “Ignatian” over “Jesuit”: an Ignatian imagination finds inspiration not in the structures of a religious order but in the more inclusive and universal experience of Ignatian spirituality. The Spiritual Exercises of Ignatius Loyola are a series of imaginative forays into concretizing the universal drama of Christ in the singular life of a person. Ignatius developed this series of meditations, prayers and contemplative practices out of his own personal experience of God at work in his life. He gathered this wisdom into a carefully designed framework of retreat so that others might grow in union with God and discern God’s will. The Exercises, done with the assistance of an experienced spiritual director, lead one on a journey of spiritual freedom and enthusiastic commitment to the service of God.

The language of the Spiritual Exercises is structured in a way that brings literary language and theological language together: the composition of place in any Ignatian meditation; the application of the senses entering into our imaginations; the centrality of the Incarnation throughout but especially in the second week of the Exercises (“The Call of the King,” “The Two Standards”); the narrative journey of sorrow and witness in Christ’s passion; the imaginative moment when the risen Christ appears to his mother and then to his disciples; and the surplus of love and joy felt in making a decision for Christ. In many ways, then, the Exercises are a work of art, an encounter with divine love that re-visions one’s life, gives a salvific cast to one’s personal history—especially one’s brokenness, sinfulness and strangeness—all in order to regain a sense of hope, a felt sense of interior freedom. For those who have experienced the “grace” of the Spiritual Exercises—in one form or another—this quick summary will ring true. This Ignatian way of redeeming the imagination, of reforming the imagination, offers a way to know oneself in order to know, love and serve another. The great Jesuit scholar of the Spiritual Exercises, David Fleming, once said that its sole aim is to draw one into a deeper friendship with Christ.

As I began to consider the conference’s title—“The Future of the Catholic Literary Imagination”—I was struck with the fact that perhaps this future can be glimpsed by looking back at the great Catholic writers of the 20th century who participated in Jesuit friendship, who regularly corresponded with Jesuits, who entered into spiritual direction with them and used them as confessors. I want to suggest that spiritual friendships deepen the spirit as well as the art of the literary imagination.

In Great Britain, the Jesuits Martin D’Arcy and Philip Caraman informed Evelyn Waugh’s Catholic imagination. Father D’Arcy, the master of Campion Hall (the Jesuit college at Oxford University) and a future superior of the English Province of the Jesuits, shows up everywhere in Waugh’s correspondence and biography—noted at his dinner parties, family gatherings, liturgies and on various retreats. It was Father D’Arcy who gave Waugh access to the Jesuit archives to write his history of Edmund Campion, the Elizabethan Jesuit martyred for the faith. Waugh’s imaginative history, Campion, is still a good read today. (In 1947 Waugh gave a share of his royalties from Campion to the English Province; and in 1948 and 1950 he gave all the paperback royalties from The Loved One and Vile Bodies to the Jesuit missions.)

If Father D’Arcy was mentor to Waugh’s deepening understanding of the faith, then Philip Caraman, S.J., one-time editor of the Jesuit journal The Month, was even more a friend and spiritual companion. Father Caraman, a young protégé of Father D’Arcy, had a remarkable bond with many British writers, Catholic or not. It was Father Caraman who celebrated for Waugh the Easter Mass of 1966, with permission to use the so-called Tridentine rite—Waugh was despondent about the new liturgy—and on the very afternoon after this Easter Mass, Waugh died of a heart attack.

Graham Greene, an exact contemporary of Waugh, was rarely without a priest confidant his entire adult life. Not all of them were Jesuits, but two very influential friends, who served as both confessors and companions, were Philip Caraman, S.J., and the C. C. Martindale, S.J. Part of the fun of researching my book on Greene was coming upon so many exchanges between these men. Father Caraman was Greene’s confessor. Given what is publicly known about Greene’s personal life, that must have been quite a task. It was Father Caraman who gradually encouraged Greene to end his affair with Catherine Walston, the inspiration for the character Sarah in his novel The End of the Affair. So psychologically distraught was Greene that he both blamed Father Caraman for meddling in his affairs and pleaded with him to help him make sense of his life. The other Jesuit, C. C. Martindale, himself a Catholic convert, was a friend and confidant, too, an Oxford philosopher and a curate at the Jesuit church in Farm Street. Father Martindale was especially close to Greene in the late 1940s and ’50s and a constant correspondent as Greene tried to take the theological themes from his novels and reimagine them for the dramatic stage of the West End. I enjoyed coming across some of their correspondence in the Jesuit archives at Farm Street, impressed with the way the two men loved and appreciated each other and how Father Martindale would thank Greene for sneaking in a bottle of whiskey for them to share.

Dame Muriel Spark, years younger than Waugh and Greene, met Father Caraman in 1953, a year before her conversion. In her autobiography she writes:

On the way home from a lunch at the Ritz I bumped into Father Philip Caraman, a “Farm Street” Jesuit, editor of The Month. Philip Caraman was a much-loved friend of a great many writers, known and unknown, Catholic and otherwise. Philip said if I would walk back with him to the office he would give me a book to review. On the way there, I felt in the mood to entertain him with some amusing stories. He gave me the book to review and a cheque for 15 pounds for having made him laugh.

Spark made her first confession with Father Caraman, and he assisted her with editing a selection of John Henry Newman’s letters, lending her original correspondence between Newman and some English Jesuits. They kept up a correspondence until the day he died.

In the United States, Flannery O’Connor had a wonderfully rich correspondence with James McCown, S.J., known as Hooty, a Jesuit pastor in Macon, Ga., 40 miles from Andalusia, O’Connor’s family farm in Milledgeville, Ga. Father McCown visited O’Connor and her mother, Regina, regularly for the last eight years of O’Connor’s life, and Father McCown’s personal characteristics appear re-imagined in her short story “The Enduring Chill”—in the one-eyed Jesuit. It is with Father McCown that we get a long-ranging correspondence on politics and the Cold War, the prospect of nuclear annihilation, civil rights activism, Southern agrarian thought and an assessment of the Jesuit scientist/mystic, Pierre Teilhard de Chardin, whom Flannery was reading and reviewing for the newspaper of the Diocese of Atlanta. The literary historian Ben Alexander, who has seen the entire collection of unpublished letters (I have only seen some of them) notes that Father McCown served as her spiritual director and offered her great support in her writing.

But probably the most important Jesuit interlocutor for O’Connor was William Lynch. There is no epistolary correspondence between them, but O’Connor admits she owed a great debt to Father Lynch, especially his work in the journal Thought, published by Fordham University, and in his books Christ and Apollo and The Image Industries, both read and commented upon by O’Connor. Father Lynch’s work validated O’Connor’s particular modernist, even postmodernist proclivities and her own artistic claim to a Christic imagination. Father Lynch argues straight out of the Spiritual Exercises that the Incarnation is not a temporary blessing but a Christification of the world that renders the human sacred—as depicted both in the infant Jesus in a Christmas crèche and in the Christus figure on a crucifix above an altar. Finite and infinite realities coalesce; so for Father Lynch, as for O’Connor, there is no need to pull together what has never been separated. O’Connor, echoing Father Lynch, wrote to a friend that “the resurrection of Christ seems the high point in the law of nature,” a loaded observation that underlies much of her fiction.

Let me end with a few words about Walker Percy. It was a Jesuit church in New Orleans on whose door Percy knocked in 1947, asking to see a priest. He received instruction from the priests at Loyola University New Orleans and would attend retreats at Jesuit retreat houses, themselves weekend distillations of Ignatian spirituality. And it was the Jesuit Patrick H. Samway, a former literary editor of America, who became Percy’s biographer and remained very close to Percy and his family during the last 12 years of the artist’s life.

What might we learn from all this? Simply that in the very recent past the Catholic literary imagination was fostered in the art of spiritual conversation, and at least with the artists mentioned above, it was a distinctly Ignatian conversation: about the composition of place, about moving from being a flat character into a three-dimensional one of depth, of desires, of choices; about how characters leap off the page because they take God seriously, they take grace seriously and they see the Christian adventure played out in thousands of places, lovely in limbs and lovely in eyes not his, to the Father, through the features of human faces. 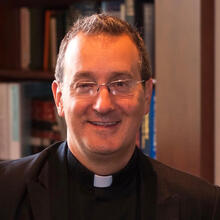 Mark Bosco, S.J., is a professor of English and theology at Loyola University Chicago.

Show Comments (
1
)
Comments are automatically closed two weeks after an article's initial publication. See our comments policy for more.
Beth Cioffoletti
6 years 10 months ago
I'm so glad that you included the friendship between Flannery O'Connor and Fr. McCown. As a freshman at Spring Hill College (Mobile AL) in 1968-69, Fr. McCown was my English teacher. Flannery O'Connor is all that I remember reading in that class, all year long.