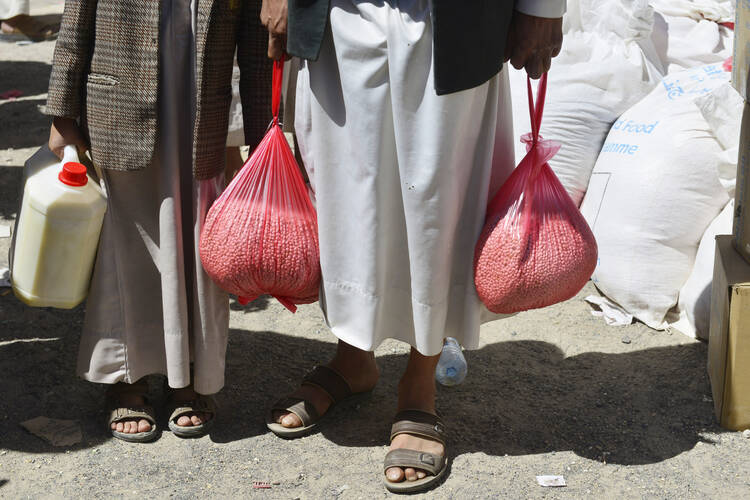 The British charity Oxfam has appealed for an end to the fighting in Yemen and the opening of borders to allow entrance to desperately needed humanitarian aid. Nuha Al-Saeedi, an Oxfam program manager in Yemen, reports that conditions are getting worse each day as basic commodities run dangerously low. She described the current humanitarian situation in Yemen as “a disaster,” especially given that even before the escalation of the fighting, more than half the population—10 million Yemenis—were already going hungry every day and were dependent on food aid. Al-Saeedi said people are frightened but cannot flee the fighting because of the blockade of land, sea and air routes. “There’s no exit for them, and nowhere is safe.”