A union vote by adjuncts at Georgetown University has 'paid off' 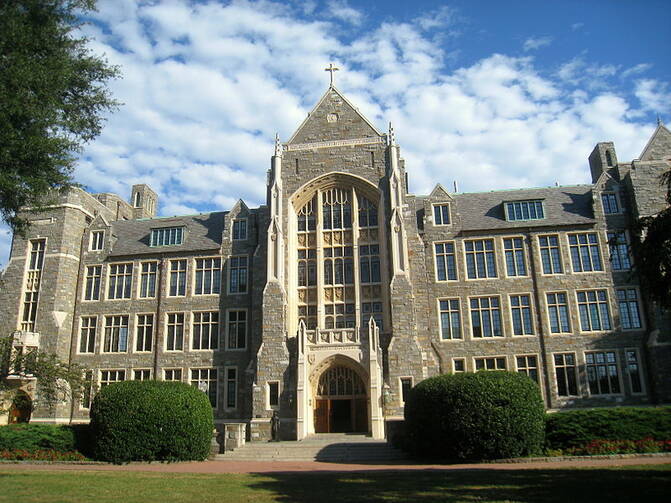 With a few years of experience behind it, Georgetown University’s decision to accept a union campaign to organize its adjuncts has paid off. That’s the assessment of Joseph A. McCartin, a professor of history at Georgetown University and director of its Kalmanovitz Initiative for Labor and the Working Poor. “I think people on both sides would say that it’s gone well,” he says. “By no means do [adjuncts] feel like they have reached a level of parity,” he adds, “but they understand that the university has taken a real step in the right direction and want to continue to work with the union.”

Per class pay for adjuncts has been raised considerably since SEIU Local 500 was voted in by the school’s adjuncts. And adjuncts can now tap into a fund for support for professional development or research in their disciplines, but the true benefits of the new union presence he thinks are intangible.

A working committee of university administrators and adjuncts now meet regularly to discuss concerns and hash out conflicts and adjuncts feel respected and heard. More important, he adds, that working committee is the result of a contractural obligation. It was not offered by administrators as an gesture of charity, one that could be easily revoked, but negotiated as a component of justice to create a structure for ongoing dialogue.

The process at Georgetown might have proved as acrimonious as it has been on other campuses had the university not already had a “Just Employment Policy” in place. That policy, which grew partly out of student demands for just wages for the university’s blue collar support staff and a process of Jesuit-style discernment undertaken by senior management was not h written with adjuncts in mind. McCartin explains, however, when Georgetown adjuncts began talking about a union vote in 2012, senior administration officials, to their credit, quickly turned to the university’s JEP for guidance. They did not have to puzzle over Catholic identity and whether or not adjuncts had a right to organize, but quickly determined that “‘We already had a policy’” that guaranteed that right based on a Jesuit appreciation of Catholic social teaching.