A Horror from the Past in Galway?: Ireland investigates report of babies buried at former religious home 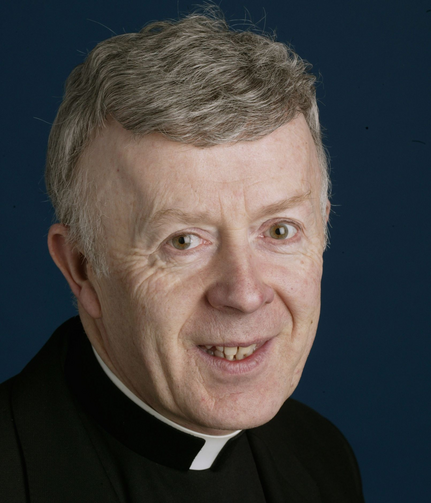 The Irish government established a working group to address details emerging about Catholic-run, state-funded mother-and-baby homes and the burial of deceased children.

Minister for Children Charlie Flanagan said on June 4 that the initiative would result in a report to the government on how best to address "a shocking reminder of a darker past in Ireland." The revelations that nearly 800 babies died in the home for unwed mothers in Tuam run by the Bons Secours nuns in the west of Ireland from 1925 to 1961 and were possibly buried in unmarked graves in a disused septic tank has put renewed focus on such homes. Opposition politicians have called on the government to establish an independent inquiry to establish the truth of the allegations.

Archbishop Diarmuid Martin of Dublin said that "if a public or state inquiry is not established into outstanding issues of concern surrounding the mother-and-baby homes, then it is important that a social history project be undertaken to get an accurate picture of these homes in our country's history."

Archbishop Martin also said that "where there are reasonable grounds," he supports "excavating what may be unmarked graves" and "the setting up of monuments at any unmarked grave sites with, where possible, the names of those who died."

Following research by local historian Catherine Corless into the operation of the mother-and-baby home that was run by the religious order, it emerged that up to 796 children may have died at the home during its 36 years of operation. Corless has been unable to locate a grave, and locals believe the children are buried in the disused septic tank. However, local police disputed the claim that any human remains buried in the site date from the Irish Potato Famine in the 19th century.

Flanagan said the government is giving "active consideration" to addressing the issue of children who died years ago in the homes. "I am particularly mindful of the relatives of those involved and of local communities," he said. "There are a number of government departments involved in this process. The cross-departmental initiative underway will examine these matters and report to Government on how they might be addressed."

In a statement issued on June 4 Archbishop Michael Neary of Tuam said, "I was greatly shocked, as we all were, to learn of the extent of the numbers of children buried in the grave-yard in Tuam. I was made aware of the magnitude of this situation by media reporting and historical research. I am horrified and saddened to hear of the large number of deceased children involved and this points to a time of great suffering and pain for the little ones and their mothers." Archbishop Neary added, "It will be a priority for me, in cooperation with the families of the deceased, to seek to obtain a dignified re-interment of the remains of the children in consecrated ground in Tuam.

"I can only begin to imagine the huge emotional wrench which the mothers suffered in giving up their babies for adoption or by witnessing their death. Many of these young vulnerable women would already have been rejected by their families. The pain and brokenness which they endured is beyond our capacity to understand. It is simply too difficult to comprehend their helplessness and suffering as they watched their beloved child die."

He added, "Regardless of the time lapse involved this is a matter of great public concern which ought to be acted upon urgently. As the diocese did not have any involvement in the running of the home in Tuam we do not have any material relating to it in our archives. I understand that the material which the Bon Secours Sisters held, as managers of the Mother and Baby Home was handed over to Galway County Council and the health authorities in 1961.

The archbishop welcomed the announcement of the government's investigation of the burial arrangements of children in Mother and Baby Homes. "This will have the legal authority to examine the situation and to determine the truth," he said. "While the Archdiocese of Tuam will cooperate fully nonetheless there exists a clear moral imperative on the Bon Secours Sisters in this case to act upon their responsibilities in the interests of the common good.

"The Diocese will continue to work with the Sisters and the local community to provide a suitable commemorative prayer based memorial service and plaque and to ensure that the deceased and their families will never be forgotten."

Archbishop Neary was scheduled to meet the Bon Secours sisters.

"The archbishop will...discuss the matter of the memorial and also the holding of a memorial service for those who died there. I understand a suitable plaque is planned to contain the names and dates of death of all the 796 children," an archdiocesan spokesman said.

"There is nothing in our archives about this," the spokesman added. "The home closed in 1961 and all the records were handed over to the county council and the health board, I understand."

Catholic News Service
Show Comments (
1
)
Comments are automatically closed two weeks after an article's initial publication. See our comments policy for more.
Rory Connor
7 years ago
Another indication of how the "Horror" story is developing. A front page article in the Sunday Times (Irish edition) entitled "Mothers Buried with Tuam babies" includes the following: "Barry Sweeney, who discovered the grave in 1975 when he was playing there with a friend, Francis Hopkins, said his impression when he looked into it was that there were "about 20 bodies". The boys were aged 10 and 12 respectively, at the time. "That's not the statement I received", Corless said. "When I met the men they brought me to the area and showed it to me. There was no mention of a small amount. They're two quiet men who are not used to the media bombarding them" OTOH another Sunday Times article on the same day entitled "Hidden History" includes the following: "In the Dail (Irish Parliament) , Catherine Murphy, an independent TD (Member of Parliament) suggested that the Tuam grave should be made a crime scene. In the Seanad (Senate), Hildegarde Naughten of Fine Gael said what occurred in Tuam was manslaughter." I have no problem at all with a Garda investigation into alleged criminal behaviour at Tuam. I am aware that the Gardai are sick to death of these periodic outbreaks of public hysteria - which are probably the Irish equivalent of Satanic Ritual Abuse (SRA) - but the politicians and media people will probably force the issue. HOWEVER Incitement to Hatred is also an offence in this country and maybe a few criminal prosecutions for that offence will bring these SRA type outbreaks to an end!