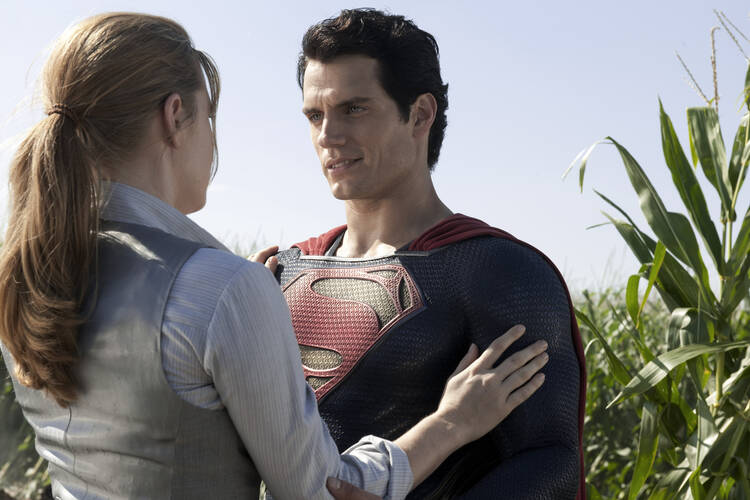 Superman is not Jesus. This, it seems, should be obvious. And yet this summer’s latest iteration of the beloved superhero takes pains to draw comparisons: In “Man of Steel” Superman, while embracing his mission as the aarth’s savior, mentions that he is 33 years old, which just so happens to be the age Jesus was when he took up his public ministry. Just as Jesus fasted and was tempted in the wilderness, Clark Kent goes on a lonely and strenuous trip for an extensive period, during which time he fights the temptation to display his strength and learns about his call to help others. Not to mention the scene in which Superman prays in front of a stained glass window depicting Jesus wearing a cape.

Descriptions of our personal, intellectual or national heroes offer insights into our own values. This is true, in particular, about our super heroes, those paradigmatic embodiments of the extraordinary person. Batman is the courageous citizen-vigilante of Gotham. Spiderman is a shy teenager turned super-powerful crime fighter. These heroes express our social values and imaginations.

And yet, in trying to make our superheroes synonymous with our Savior, we all-too-easily ignore the mystery of the Incarnation, making Christ no more than a prophet, or alternatively, as a divine figure not truly sharing in the human experience. In other words: Superman may save lives, but he does not save souls.

To call Jesus a superhero is tempting, too: Jesus loves unconditionally, stands against injustice and never backs down. But Jesus is more than a hero, he is the Son of God, and the Gospel is not just a book about the early Christians’ experience of Jesus, but also a fourfold account born of this experience. And it is a book that excites us: Christians have desired, for about 2,000 years, to share in this extraordinary experience.

The stories we create about superheroes can offer a sense of our understanding of what it means to be extr-ordinary. In another summer blockbuster, “Iron Man 3,” the story ends with the title character announcing, “I am Iron Man!”, not unlike Jesus’ self-disclosure in the the Johannine Bread of Life discourse (6:25-71). Unlike Superman, Iron Man’s path to being a superhero is a somewhat inadvertent one, born out of an accident. Jason Stark is a man who has become “super” through the need to save his own life, or at least to protect his heart from a threatening piece of metal. Stark remains human throughout the series: his sarcastic humor is a hallmark of his character, and his dependence on his Iron Man suit is an issue that we see at play most pointedly in the latest film. One movie at a time, we also witness Stark’s change from frivolity to faithfulness, from hedonism to altruism. Iron Man is the unwilling-servant-become-admirable-herald, reminiscent of the classic prophetic literature (Jonah, Jeremiah), and one sometimes imposed on the Jesus narrative.

The newest version of the Superman story plays a very different tune: super-creature appointed from on high. Such overtones are common in the Superman movies, but the 2013 version is particularly insistent on this characterization, with its extensive background story of Jor-El’s (Superman’s biological father) designs for his son. Kal-El (Superman’s birth name) is a product of an extraordinary birth—the first natural birth on Krypton in centuries. Salvation, for Krypton and its inhabitants, then for earth, and Kal-El’s role in it, is an ever-present theme. The young Clark Kent may not be aware of his mission or origin, but he knows of his ontological difference early on. We catch glimpses of Kent’s childhood (both on Krypton and on earth), with flashbacks offering canticle-like vignettes of wonder, much in the same way the Gospel of Luke offers a story of Jesus’ young life. Then, like in Luke, the narrative skips to the time when Clark has grown “in strength and wisdom,” underscoring his otherly-ness: any human looks undersized next to him. Once Kal-El’s difference from humankind is made abundantly clear, we are offered a “baptism” scene in which Kal-El encounters his biological father. Kal-El is the extraordinary son in whom Jor-el is well pleased. From this point on, mission and salvation are wrapped in the display of super powers.

These two heroic tales display both the promise and the pitfalls of portraying the supernatural. Both stories see the superhero as rectifying the wrong in the word. Iron Man fights terrorists, and Superman saves humankind from extinction. And yet none of these actions have the fullness of Christ, who came not to save us from earthly disaster, but to save us from our own sins, the evils we create ourselves.

The films do have moments where they reach a bit higher. Stark’s parting statement to the movie’s viewers offers a profound truth as he realizes a deeper reality: he does not need his super-engine suit to make himself whole. He already has been transformed for the better. He has become more fully human than he ever thought he could be. This reality is within our grasp, too. But we cannot do it on our own: the real story of these two superheroes is not that of their super accomplishments, but the story of their relationships. Stark is transformed because he falls in love, and because he realizes that he enjoys saving lives more than partying. Clark Kent understands his mission, as do those around him, as he gives himself for others and to others, becoming vulnerable to Lois Lane and trusting the human race.

We must learn to show this trust in Christ; we must learn to let love transform us. In experiencing Christ’s love, we do not simply grow closer to him, but more like him. Christ calls us to come to him in profound humility and loving faith. As we open our hearts and mind to the transformative reality of his Gospel, we stand within the mystery of God’s self-gift to us through the Incarnation. The stories of our superheroes demonstrate that 21st-century humankind is still eager to hear the story of amazing characters. But they also show that we continue to have difficulty understanding that the absolutely extraordinary can genuinely become part of our ordinary life, and in turn transform us into persons we never dared imagine we could become. 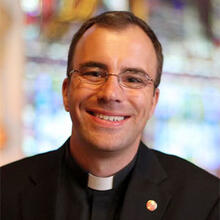 Quentin Dupont, S.J., is studying theology at the Boston College School of Theology and Ministry in Brighton, Mass.