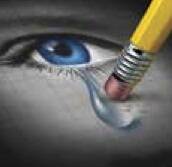 One of the last great stigmas in American society is that attached to mental illness. How often we hear insensitive comments about people with mental illness and even accusatory moral judgments, like “They just need to shape up and get over it.” The dynamics of stigma enable the great majority of the population to say, “He or she is not one of us.” And because of the stigma and our own fear, we tend as a society to provide only self-defeating half-measures to care for people with mental illness.

A major ray of hope shone on Nov. 8, however, when the Obama administration issued long-awaited federal regulations implementing the mental-health parity law signed by President George W. Bush in 2008. The new regulations oblige insurance companies to provide coverage for mental illness and drug problems comparable to what they provide for any other illness. It is a historic breakthrough that was a long time in the making.

This initiative reverses the dramatic decline in public support for mental health between 2009 and 2012, when states lost some $4 billion in mental health care funding, the largest cuts since the de-institutionalization movement of the 1970s, which reduced the number of people in large psychiatric facilities by moving them to local residences. Addressing mental illness as early as possible is critical for helping people to become self-sufficient and live a relatively independent life. We need only to look around us to see the consequences of neglect.

For example, 20 to 25 percent of the homeless population in the United States suffer from some form of severe mental illness. In comparison, only 6 percent of the total U.S. population are severely mentally ill, according to the National Institute of Mental Health in 2009. In far too many states, the second largest “psychiatric” institution is the state prison or a county jail.

To say that the system is broken implies that at one time it was robust and adequate. But progressive care for people affected by mental illness has never been a hallmark of American society. Families with out-of-control, suicidal or aggressive children have no central place to turn to for help, and there is no coordinated action plan they can use to learn about and access services that could provide desperately needed support.

The National Alliance for the Mentally Ill plays a crucial role as a support system for families and as an advocate for mental health resources. Every state has a chapter, and many of these chapters have a faith or spiritual component.

Churches are tremendous social assets, but it is only in the last 25 years that they have begun to harness their resources for the benefit of people with mental illness and their families. Deacon Tom Lambert of the Archdiocese of Chicago underscores the isolation that can occur. He calls mental illness a “no-casserole disease.” When his wife had open-heart surgery 25 years ago, “the doorbell never stopped ringing.” But when his daughter was hospitalized because of mental illness 20 years ago, he said, “No one came to the door.”

Deacon Lambert also found during those dark days two decades ago that Catholic Church leaders knew very little about mental illness and that there was nothing in place to help those with mental illness or their families. So he and his wife established a commission on mental illness in the Archdiocese of Chicago, albeit without any church funding. “I call it an unfunded Gospel mandate,” he said.

Jennifer Shifrin of St. Louis, Mo., worked out of her kitchen to found Pathways to Promise, an interfaith program on ministry and mental illness to support families, which are most often the primary caregivers for people with long-term mental illnesses.

The Rev. Craig Rennebohm of the United Church of Christ has spent a lifetime on the streets of Seattle, greeting people, building trust, sometimes helping them find food or shelter and in some cases paving the way for hospitalization. He will be a keynote speaker at a one-day workshop in Chicago on Jan. 15 on “Creating Hope: the Power of Faith Communities in Mental Health Recovery.”

Pastors and ministers, especially, can help break through the stigma of mental illness by their preaching. One third of the Gospel of Mark depicts the healing ministry of Jesus. And half of all these healings, it appears, were of people afflicted with mental illness. By the religious standards of the day, people with mental illnesses were similar to lepers, prostitutes and others who were considered “unclean” and hence excluded from the community worship. When Jesus healed a person with mental illness, he not only took away their infirmity but also restored them to the community. We too, as people of faith, can engage in this healing ministry, breaking down barriers and welcoming all as children of God.