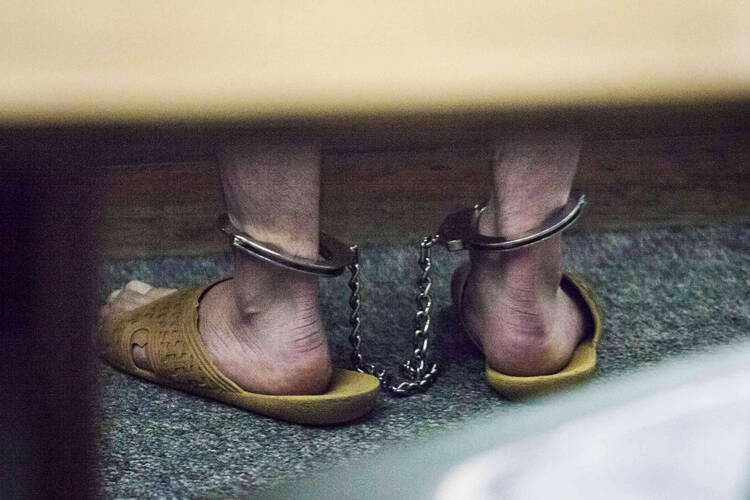 Cable news channels showed images of grieving families, disconsolate young people, grim-faced police chiefs and arrest photos of the suspects, be they alive or dead at their own hand.

"We're the only developed country on earth where this happens. And it happens now once a week. And it's a one-day story. There's no place else like this," President Barack Obama said June 9 when asked about the uptick in gun violence.

"The fact that 20 6-year-olds were gunned down in the most violent fashion possible and this town couldn't do anything about it was stunning to me," Obama added, referring to the elementary school shooting spree in December 2012 in Newtown, Conn. "And so the question then becomes, what can we do about it?"

One approach came from Rep. Mike Thompson, D-California, who introduced the Promoting Healthy Minds for Safer Communities Act. The bill was referred to two House committees, the Judiciary Committee and the Energy and Commerce Committee.

Thompson's bill would ban anyone convicted of misdemeanor stalking from buying a firearm. It would also expand the definition of those who could be classified as a "domestic abuser" -- already prohibited from buying or possessing firearms -- to include dating partners and relatives.

It would also give states leeway to pass laws that would ban possession or purchase of a gun by someone involuntarily hospitalized on an emergency basis for serious mental illness, as well as allowing law enforcement to petition for the removal of firearms from a house lived in by someone deemed to be at "imminent risk" of danger to himself and others, with time limits and other checks and balances on how those guns might be returned.

Ann Sherzer, former director of ministry for persons with disabilities for Diocese of Kalamazoo, Michigan, and co-chair of the National Catholic Partnership on Disability's mental illness task force, said, "It's very rare for someone with a mental illness to be violent. It can happen, but it's rare. And in those rare cases when it becomes violent, it's at a lower level (of violence). They feel boxed in. Not everyone who picks up a gun and shoots people is mentally ill."

Sherzer talked about the case of Jared Loughner, who pleaded guilty to murder and other charges in connection with a 2011 shooting spree near Tucson, Arizona, that killed six people and wounded 13 others, including former Rep. Gabrielle Giffords.

"The community college (Loughner attended) there saw it in him, told him to get aid, and said he couldn't get back in until he got aid. But telling someone who is in the throes of mental illness to get aid is not always the right thing," she said.

It is unreasonable to expect someone with a mental or behavioral disorder to "navigate a difficult system" and to do so lucidly, Sherzer added. "The mental health systems in this country are at or above capacity. You talk about people in emergency rooms who routinely have to commit people. People think if you're mentally ill you just present yourself at a hospital and get help. In your dreams!"

After the Tucson incident, the February 2011 issue of Mental Illness Network News, a newsletter, published an "editor's reflection" from Deacon Tom Lambert from the Archdiocese of Chicago.

"We are now seeing major cuts in social programs due to the budget problems at the federal and state level. Too often these cuts are disproportionately made to already underfunded programs that assist those in most need. Each time funding is cut, I see what happens on the streets in my neighborhood," Deacon Lambert wrote.

Assigned to Our Lady of Mount Carmel Parish in Chicago, Deacon Lambert told Catholic News Service, "From a Catholic perspective, the moral issue is: Are we providing the decent services to people who are suffering from various illnesses? The other factor is that (people with) mental illness on a continuation from mild to severe -- might be more prone to violence. It's hard to predict."

Agreeing with Deacon Lambert was Susan Sorenson, a professor of social policy and practice and a senior fellow in public health at the University of Pennsylvania.

Based on the research done to date, it's difficult to determine "whether people with active mental illness are at higher risk" for committing violent acts, and whether it is "substantially higher risk" to the point where society agrees "to have separate policies for them," Sorenson told CNS.

Should gun access policies be changed? "Most policies need to be revisited from time to time, and this might be one of them," she replied, cautioning that such a revisiting would be only for "someone with active mental illness -- and active severe mental illness, that is, not run-of-the mill depression or anxiety.

"Whether they have higher rates of gun violence, we don't really know," Sorenson said. "But there's been a lot stigma associated with mental illness, and the stigma's ben perpetuated in recent years with the media coverage on this. We don't have the best answers, but the policy needs to be revisited."

Sorenson noted that Seung-Hui Cho, the Virginia Tech student who killed 32 on campus in 2007, "had been adjudicated by a judge to go into mental treatment." But nobody had entered his name into an federal instant criminal background check database that would have prevented him from buying the weapons he used in carrying out his murderous spree.

The Brady Campaign to End Gun Violence said earlier this year that 40 percent of gun sales are made without a background check. Sorenson said one important research finding in the past generation is that gun access and suicide are linked, with twice as many gun deaths from suicides as from homicides.

Sorenson was on the American Psychological Association's handpicked team that issued a report on gun violence last December.

The report said behavioral threat assessment teams -- composed of trained experts who gather information and determine whether a person is on a path to violence -- are the most effective tool currently available to prevent episodes of mass violence like those in Newtown, the Navy Yard in Washington and Fort Hood, Texas. It added, though, that there is no single personality profile that can reliably predict who will use a gun in a violent act."

"There's not a simple answer, obviously, to these things," Deacon Lambert said.