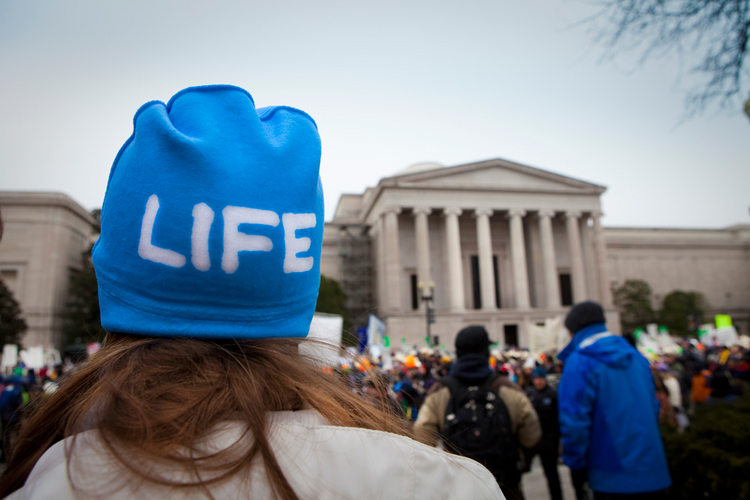 On Feb. 10, 1973, just 19 days after the U.S. Supreme Court handed down its decision in Roe v. Wade, an associate editor of this magazine expressed fear that “this new law of the land” would “continue to be so, at least for the next few years and possibly for a very long time.” That editor’s dismal, worst-case scenario has come to pass: Last month marked 40 years since the U.S. Supreme Court established a limited constitutional right to abortion. Approximately one million abortions are now performed annually in the United States, a fact that should deeply pain the conscience of the nation.

Anniversaries are an ideal time for taking stock, and the pro-life movement must carefully assess the social and political realities. Frankly, it is a mixed bag. While an emerging conservative majority on the U.S. Supreme Court had raised our hopes for a complete reversal of Roe, most of the justices appear reluctant to do more than adjust the margins of that ruling. While there has been one reliably anti-abortion political party in the United States, Republicans nationwide, smarting from their losses in 2012, may move away from their anti-abortion orthodoxy in a misguided attempt to attract more voters. Meanwhile, the Democrats, who at one point seemed poised to welcome pro-life Democrats back into the fold, staged the most ardently “pro-choice” convention in memory in 2012. Still, broader public opinion favors at least some restrictions on abortion, a fact that neither party can afford to ignore and that no pro-life activist should take for granted.

There are other signs of hope: The thousands of people who attended the March for Life this year prove that the pro-life cause still has traction, especially among the young. Polls, too, show that an increasing number of young women describe themselves as pro-life. Pro-choice activists should not so easily link the push for women’s rights with the pro-choice cause. The success of the annual March for Life affirms another political reality: The most effective movements for change are sustained by grassroots support. Let us pray that this movement will continue to grow and thrive, that, 40 years hence, we will pause to celebrate a newfound culture of life in America, one that protects, in both principle and law, the most vulnerable among us.

A Nation of Takers?

Here is a startling fact: About 96 percent of Americans benefit from some kind of government assistance. Whether the benefit is student loans or Medicare, chances are that at some point in your life you will receive public aid. This figure is instructive regarding the role of government in the lives of citizens. The divide in this country is not between the “47 percent” who depend on government programs and those who do not. The story of government assistance is more complicated, more surprising and ultimately more vexing.

Consider this: The top 20 percent of households receive 10 percent of entitlement spending, yet they receive 66 percent of tax expenditure benefits. In other words, they receive a disproportionate share of tax breaks in the form of exemptions, deductions or credits. High earners also receive better benefits packages at work. While these benefits are not government assistance per se, the government has opted to let employers handle the disbursement of certain social resources. These facts should shape the way the government approaches social welfare. Sensible tax reform is within reach and could help to bridge the gap between rich and poor.

Robert Emmons, a psychologist at the University of California, Davis, has the enviable task (an emotion that is not similarly endorsed) of studying gratitude. In Thanks!: How the New Science of Gratitude Can Make You Happier, Mr. Emmons tracks the many benefits realized by folks who have integrated gratitude into their busy lives and its positive impact on their general well-being. He has discovered that to be effective, gratefulness cannot take the form of ungracious self-approval. Good fortune must be appreciated as a gift, unearned, bestowed by God or another individual.

Fortunately, the attitude of gratitude itself does not necessarily follow this rubric. Mr. Emmons reports that gratitude is an emotional skill that can be cultivated—by making a daily habit, for example, of jotting down three things you are grateful for at bedtime or keeping a gratitude jar on the kitchen counter to collect notes recording blessings and thanks.

Now, thanks to the Internet, we can even share our gratitude with the world. The World Gratitude Map (gratitude.crowdmap.com) tracks outbreaks of gratefulness across the earth in microposts from gratitudees, geographically e-pegged and telling tales of good fortune and thanks that can be read by all. Perhaps in the future U.N. quick-reaction teams can use the map to rush emotional resources to hotspots of ingratitude. The map has tracked thankfulness for a sunset in Cape Town, South Africa, heroic snow-plowing in Nova Scotia and those times a great mom and a sister “have been there” in Boise, Idaho.

This article also appeared in print, under the headline “Forty Years Hence,” in the February 11, 2013, issue.