The Chicago Police Department has become an example of the toxic effects of institutional racism. 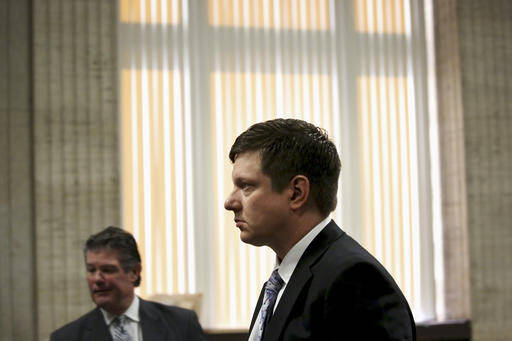 Most people in Chicago, particularly on the South and West Sides, did not need another internal investigation to know that the Chicago Police Department has deep problems. Anyone familiar with the stories of the serial torturer Jon Burge, the drug racketeer Joseph Miedzianowski, the crime wave authored by the C.P.D.’s Special Operations Section and, sadly, many more examples already knew the department has fallen far short of what its motto promises: “We Serve and Protect.”

The lowlights from a recent institutional examination of conscience, nevertheless, still manage to shock. A task force pulled together in December 2015 in the aftermath of the 16-shot execution of the teenager Laquan McDonald by a police officer on a South Side street released its findings in April.

The report, which offers a disturbing look at institutional racism inside the C.P.D., was, as The New York Times put it, “blistering, blunt and backed up by devastating statistics.”

“C.P.D.’s own data gives validity to the widely held belief the police have no regard for the sanctity of life when it comes to people of color,” task force members wrote. “Stopped without justification, verbally and physically abused, and in some instances arrested, and then detained without counsel—that is what we heard about over and over again.”

This is grim news all around at a grim time for Chicago. But this frank report also offers a unique opportunity for a civic reboot. A wise deployment of resources will be essential if practical reform and civic rejuvenation, and not another decade of empty rhetoric and souring community relations, are to be the outcomes. A recent survey by The New York Times and the Kaiser Family Foundation found Chicagoans of all backgrounds to be deeply concerned about the future of their city and distrustful of police and other public institutions. Chicago faces a civic crossroads: restoration or surrender to the same decline that has haunted other post-industrial Midwestern cities.

So far Mayor Rahm Emanuel’s response to the report’s confirmation of an institutional bias that places the public at peril has been tentative at best. There is a grave danger that this 190-page report will end up on a shelf alongside previous indictments of the police force that have not led to meaningful change. Dramatic reform is called for. It could be that the mayor is not up to the job. If that is the case, other civic leaders, especially from within the city’s religious community, need to step forward to shepherd change.

Archbishop Blase Cupich has distinguished himself in Chicago through his activist stance on many of the city’s most pressing problems. He has already joined efforts to intervene against gang violence and has added his voice to demands for a comprehensive approach to gun proliferation. He has also shown willingness to engage further on the issues confronting the C.P.D.

In March he spoke at St. Sabina’s parish on the South Side, saying that people should be held accountable for breaking the law, whether they are residents who cross the line or police who do the same in the execution of their duties. But that accountability, he added, “is not to exclude, not to deny; it’s an accountability that says: ‘You’re my brother. You’re my sister. And I want to have joy of addressing these issues together.’ That’s hard.”

It is hard, but it is essential. The essence of the problem of racism and excessive use of force within the C.P.D., as elsewhere, has been the emergence of an institutional “race” that is neither white nor black but “blue”—officers who perceive themselves as a community apart from the community they have sworn to protect and serve.

Restoring the wholeness of community is as much a spiritual challenge as a structural one. Archbishop Cupich is uniquely credible as an advocate for that spiritual wholeness. He is positioned, perhaps better than any other leader, to guide the police—many of whom are Catholic—to a re-appreciation of their vocation as a call to serve fellow members of their community, not a campaign to intimidate and detain “enemies” on the streets.

While this report has brought into focus the acute need for reform in Chicago, the same issues are of concern in police departments all over the country. The Chicago Police Department has become one example of the toxic effects of institutional racism. The task force report, however distasteful its content, creates an opportunity for the restoration of the department that could make it an exemplar once again—this time of a police force that has exorcised its demons and embraced a true vocation of protection and service, a police force of and for its community.