The First Canon: Mercy: Pope Francis and the canon lawyers 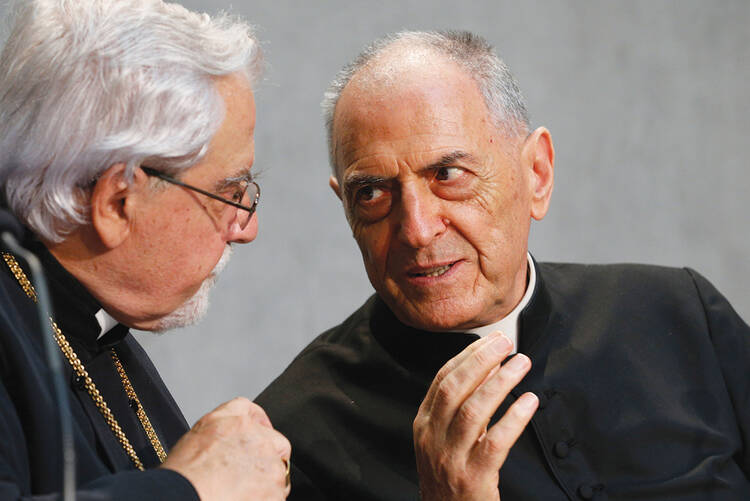 Many canon lawyers may be in an ecclesiastical funk since the election of Pope Francis. Not one to “wield canons” at miscreants violating ecclesiastical norms, this pontiff seems more prone to mediation, conciliation and mercy, while upholding the important values of communion within the church. Although he has presented the traditional annual address to the Roman Rota with typical canonical observations and comments on the importance of the canonical tradition, especially in regard to matrimonial procedures, he has also subtly but pointedly directed the attention of canonists to a different perspective on the purpose of law within the church: a vehicle for mercy. “Mercy is not just a pastoral attitude, but it is the very substance of the Gospel of Jesus. I encourage you to study how the various disciplines—the dogmatic, morality, spirituality, law and so on—may reflect the centrality of mercy,” Pope Francis said in an address to the University of Argentina on the 100th anniversary of its founding. What is a canonist to do?

A Reorientation to the Purpose of the Law

The poet, author and physician Oliver Wendell Holmes Sr. is reputed to have admonished his son, the famed jurist, before he began his legal studies: “If you can eat sawdust without butter, you will be a success in the law.” Perhaps Pope Francis can make even canon law more palatable, beginning with a reorientation to the purpose of the law as articulated by St. John Paul II and its application on the eve of the recently declared jubilee year devoted to mercy.

St. John Paul II, in his promulgation of the new Code of Canon Law in 1983, described “the great effort to translate...conciliar doctrine and ecclesiology into canonical language” (“Sacrae Disciplinae Leges”). The late pope was clear in describing the purpose of the law:

The Code is in no way intended as a substitute for faith, grace, charisms and especially charity in the life of the Church and of the faithful. On the contrary, its purpose is rather to create such an order in the ecclesial society that, while assigning the primacy to love, grace and charisms, it at the same time renders their organic development easier in the life of both the ecclesial society and the individual persons who belong to it.

Law serves the church—not the other way around.

Pastoral Sensitivity to the Poor

The Code of Canon Law itself provides us with a starting point (and maybe even a blueprint) to examine ways in which the discipline of law can highlight opportunities to realize God’s mercy in practice. When considering the code, attention is often directed to the canons that state prohibitions, give directives or provide proper procedures. But the code also contains canons that are “exhortatory,” calling the members of the Christian faithful to the life of a good disciple. It could be useful in the upcoming Year of Mercy to examine some parts of the law that do not always receive attention. For example, the canons address a sensitivity to the needs of neighbor. The Christian faithful are bound to assist the poor from their own resources (c. 222, 2). A pastor is to seek out the poor with particular diligence (c. 529, 1). Religious institutes are to provide for the support of the poor (c. 640). The poor are not to be deprived of fitting funerals (c. 1181). Richer dioceses are to assist the poorer ones (c. 1274, 3).

As St. John Paul II reminded the church so often, the church has a responsibility to be a strong defender of the human person, whose inviolable dignity is at the core of the protection of human rights, while at the same time promoting and protecting the common good. Safeguarding of the rights of the individual was a core working principle for the drafting of the revised code, and it is strong in defense of the dignity of the person:

Since they are called by baptism to lead a life in keeping with the teaching of the gospel, the Christian faithful have a right to a Christian education by which they are to be instructed properly to strive for the maturity of the human person and at the same time to know and live the mystery of salvation (c. 217).

Ample norms are provided by the Code of Canon Law to direct the Christian faithful, including church officials, toward opportunities for extending God’s mercy. Pope Francis, in his recent decrees “The Gentle Judge, the Lord Jesus” and “The Meek and Merciful Jesus,” has streamlined the annulment process to make it less cumbersome and expensive. He has introduced some changes in the legal structures with the aim that “the heart of the faithful awaiting clarification [of their marital status] is not long oppressed by the darkness of doubt.”

With less of an emphasis on the technicalities of the law, perhaps more of an opportunity will be present for the tribunal official to relate to the pain and anguish present so often after a traumatic civil divorce procedure. Pastoral ministers who have worked in tribunals have come to see their work as channels of grace and healing to those who come wounded, in need of knowing God’s mercy and peace.

Cardinal Walter Kasper, in his recent work Mercy: The Essence of the Gospel and the Key to Christian Life, pointedly inquires: “Mercy in Canon Law?” He responds affirmatively about the possibilities. While acknowledging the important role of the law in the Christian household and the existence of legal elements in the church from the very beginning, with the establishment of a clear rule for the exercise of authority, he also reminds his readers of the tradition of epikeia, a kind of mercy in the law that does not “dismiss justice; rather it is the higher righteousness.”

The canonical sense of justice is supposed to sweeten the harshness of the law’s justice with mercy. There is a general law, for example, against Catholics marrying non-Christians, but pastoral judgment often counsels that a dispensation be applied in order to offer a helpful solution in a particular case. Cardinal Kasper sees justice and mercy as authoritative for the practical application of church law. Only with both these elements present can fair and just solutions be achieved. And with this perspective, the final canon in the code (ca. 1752) can become the filter and lens by which its entirety is implemented in the spirit of Pope Francis: “The salvation of souls, which must always be the supreme law in the church, is to be kept before one’s eyes.” 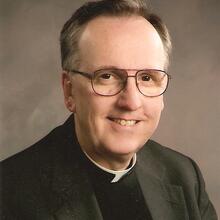 Rev. Kevin McKenna is the rector of Sacred Heart Cathedral in Rochester, N.Y., and a former president of the Canon Law Society of America. He is also the author of a forthcoming book, The Annulment: A Guide for RCIA Candidates, Ministers, and Others (Paulist Press).

Show Comments (
1
)
Comments are automatically closed two weeks after an article's initial publication. See our comments policy for more.
Frank Lesko
7 years 4 months ago
When I read Pope Francis say “Mercy is not just a pastoral attitude, but it is the very substance of the Gospel of Jesus." what I hear the Pope saying is that orthopraxy is inseparable from orthodoxy. Belief and practice, faith and works, these all go hand in hand. Too often, we treat practices as a secondary status, as icing on the cake somehow--as if beliefs are absolute but practices are optional. Francis is reminding us that the Way of Jesus is ultimately tied to the Truth in Jesus and a Life in Jesus. We do this in our Sacramental life.... no matter how sinful a priest may be, the Sacraments are still considered "valid" as long as protocol is followed. Mercy is not seen as essential--it's nice if a priest is kind and compassionate in the Confession booth, for example, but not necessary. There's a beauty in this theology that grace can come despite our human weaknesses, but also a horror as we remove all humanity from our liturgical life. Scripture tell us that without love all our actions are nothing but a clanging gong, yet we never view love as essential in our Sacramental practices. Francis is causing us to rethink all of this if we dare look at it!