Skip to main content
Signs Of the Times
February 16, 2015 issue

A Farewell to Race?

A Farewell to Race? 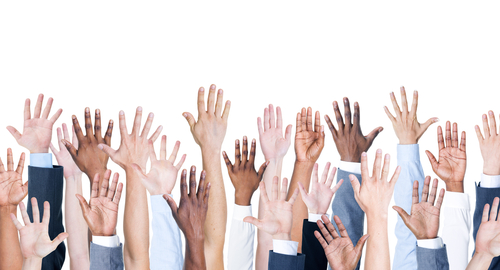 Isn’t it time the countries of our world abolished the scientifically absurd notion of race from our public lexicon? Or am I being hopelessly utopian? I recently read a provocative book, Declassified: Moving Beyond the Dead End of Race in South Africa, by the retired Durban sociologist Gerhard Maré (Johannesburg: Jacana Press 2014), which argues precisely that while it is utopian to make such a claim, it is essential that we do just that.

Maré and I are not trying to deny the reality of racism—prejudice against a community on the grounds of skin color—whether on a personal level or in many cases as part of social policy. Even in countries where institutionalized racism has been legally abolished, racism persists. We need to ask why and uncover answers that do not simplify the problem by arguing that since races exist, “racism” is the cause of social inequities. While challenging the idea of race itself as a social construct, not a biological reality, Maré points out that many countries delimit citizens according to race without any sinister motive, what he calls “racialism.” By extension, since such definition is based on race—an unscientific absurdity—even benign racialism is also nonsense.

Did I just say “nonsense”? I did. Let me explain.

Research into DNA and the human genome shows no genetic differences between “races.” Skin color is a long evolutionary accident of geography, notably humans’ exposure to different climates over thousands of years. Similarly the notion of culture—often a nebulous euphemism for race—is another category that on closer examination is a conceptual leaky bucket, unless one rejects a crudely essentialist and fixed notion of “cultural heritage.” Living cultural traditions adapt, drawing on other traditions if they are to survive and thrive. Most people today embrace a variety of values coming from many different cultural sources.

Yet despite all this, societies still embrace racialism, whether by innocuous definitions of race or through racially defined affirmative action programs for “racially disadvantaged people.” By using scientifically dubious categories, the former obfuscate what it means to be truly human. The latter, while rightly addressing the just demand for redressing historical disadvantage, miss the underlying cause of disadvantage, argues Maré: social class.

Members of the middle class or the elite have more in common with each other than with working class or poor of their own skin colors. They live in the same suburbs or gated communities, go to the same schools and universities, enjoy the same high quality private health care and drive the same cars. At least this is what I see in South Africa.

At the other extreme, the beggars one sees at street lights in Johannesburg share the same challenges: poverty, unemployment, desperation. The majority of the middle class are still white-skinned, and most of the street poor are black. That’s the persistent legacy of apartheid, the grounds for our affirmative action policies. But unfortunately these policies, if intended to promote greater equality, have failed. What they have done is create an expanded nonracial middle class at the expense of a nonracial underclass of poor people.

A utopian view, beyond racialized discourse, challenges this system radically by promoting a nonracial vision of equality and redress. Drawing on John Rawls and Catholic social thought from Pope Leo XIII to Pope Francis (indeed, even—dare I say it?—Karl Marx), a truly utopian vision would develop policies in health, housing and education that would give to the poor opportunities to improve themselves, to acquire skills to pull themselves out of poverty into the middle class. This is in everyone’s interest: a more equal society is a less violent, less insecure society. It is also a society that echoes the utopian dream of the Rev. Martin Luther King Jr.: “I have a dream that my four little children will one day live in a nation where they will not be judged by the color of their skin but by the content of their character.”

Dr. King’s vision of a nonracial United States inspired many South African activists in the late 1960s and 1970s. Our own home-grown utopians, like Steve Biko and Rick Turner, said similar things. Gerhard Maré, who knew both of them, is saying, in his way, the same thing. Perhaps it’s time we gave utopian thinking a chance.

Show Comments (
4
)
Comments are automatically closed two weeks after an article's initial publication. See our comments policy for more.
Chris NUNEZ
5 years 8 months ago
While I appreciate the effort to reason this out, the fact is that racism is not 'rational' and cannot be reasoned out of existence. This is nothing more than another manifestation of the scapegoating mechanism. What triggers this mechanism cannot be narrowed down to any one 'target' that can be rationalized away. Good try, but this won't work... believe me...
Roberta Lavin
5 years 8 months ago
Chris it is the same old "I don't see color" argument. It sounds nice, but in reality turns a blind eye to the beauty of difference.
Chris NUNEZ
5 years 8 months ago
Precisely, this is why we haven't moved beyond the initial 'victory' in the Civil Rights movement of the late 60's. "The road to peace is through respect for other people's differences..." I was taught in history that this is what Benito Juarez said when he became the first democratically elected (Zapotec Indian) president of Mexico... a nation of many 'races' and ethnicities...
Roberta Lavin
5 years 8 months ago
Utopian is the correct word and implies that the solution to our racial discord is to deny that people are racially different. It is not so simple as to say we stop talking about it. It ignores that race is linked genetically associated disease, to language, and to cultural identity. While recognizing the humanity in each person as equal is an absolute must, to deny the differences is to say everyone should be alike. How boring would that be? We just need to learn to be nicer and more respectful of differences.

This article also appeared in print, under the headline “A Farewell to Race? ,” in the February 16, 2015, issue.

Anthony Egan, S.J., a member of the Jesuit Institute South Africa, is one of America’s Johannesburg, South Africa, correspondents.