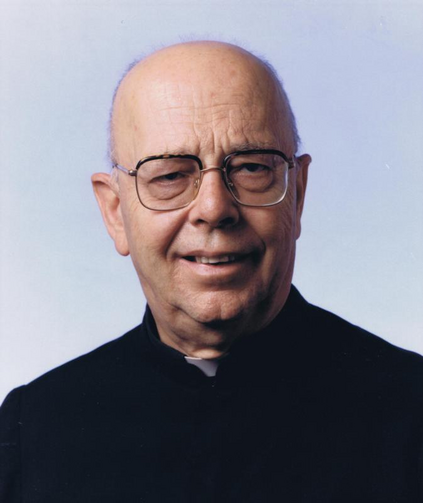 Pauline Father Gabriele Amorth, an Italian priest renowned for his work in dispelling demons, died at the age of 91.

Ill and hospitalized for some weeks, the priest passed away in Rome on Sept. 16.

Father Amorth began his ministry as an exorcist for the Diocese of Rome in 1986 and performed–according to his own estimates–some 70,000 exorcisms or other prayers to liberate people from demonic influence.

He spoke out frequently warning that while it was rare for a person to be possessed by a demon, the devil's influence was strong in today's world, affecting not just individuals but sometimes entire societies.

"For example, I am convinced that the Nazis were all possessed by the devil," he told Vatican Radio in 2006.

"If one thinks of what was committed by people like Stalin or Hitler, certainly they were possessed by the devil. This is seen in their actions, in their behavior and in the horrors they committed," he said.

One reason the devil's influence was so high today, he said, is that Christian faith has weakened, replaced in many cases by superstition and an interest in the occult, which he said "open the way to demonic influences."

Born in Modena in 1925, the future priest joined the Italian underground partisan movement against occupying German forces and Italian Fascists when he was 18. He received a number of honors and medals for his efforts and leadership during the resistance including escaping from capture.

After World War II, he earned a law degree and was ordained into the priesthood when he was 28.

The Pauline priest was a prolific author, contributing to numerous magazines and publications. He wrote a number of books including "An Exorcist Explains the Demonic: The Antics of Satan and His Army of Fallen Angels" and "An Exorcist Tells His Story." He was also an expert in Mariology and served for many years as head of the Italian monthly, "Mother of God."

Father Amorth gained notoriety in 2000 when he revealed that then-Pope John Paul II had performed an impromptu exorcism on a young woman who flew into an apparent rage at the end of a general audience at the Vatican.

He co-founded the International Association of Exorcists and served as its honorary president until his death. Father Amorth started bringing Italian exorcists together in the 1980s in response to an upsurge in interest in Satanism and occult practices. The first biannual international conference was held in 1994 so exorcists could exchange experiences and best practices. The Vatican formally recognized the association in 2014.

In a written message to the association the same year, Pope Francis said exorcists demonstrate the love and care of the church for "those who suffer because of the work of the devil."

For the Catholic Church, exorcism is the driving out of evil spirits through invocation of God's authority. The church has explicit rules and rituals for exorcism, and the exorcist -- always a priest -- must be explicitly assigned by the local bishop to perform the rite. It must be certain the person is experiencing real demonic possession, and not some kind of emotional or psychiatric disturbance.