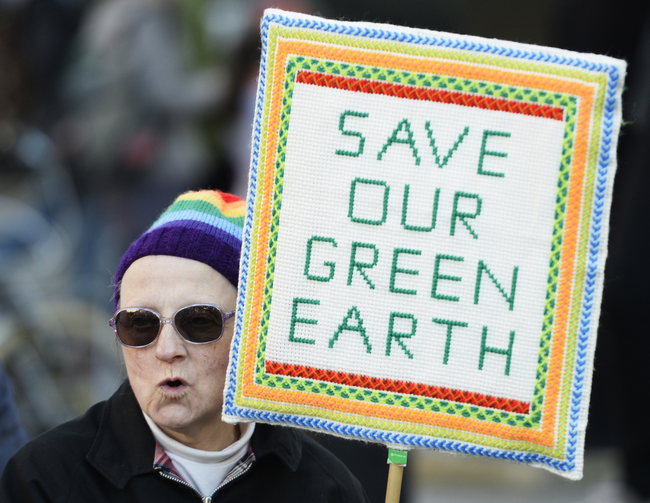 “We need solidarity,” said Cardinal Reinhard Marx, archbishop of Munich and Freising, who also heads the Commission of the Bishops’ Conferences of the European Community. “The church can speak out and say it’s absolutely necessary to act now in solidarity, especially in Europe.”

Representing the 28 European Union member states, the bishops’ conference is holding a three-day meeting in Paris partly aimed at defining a course of regional action on global warming, ahead of December’s climate change summit. Bishops are also discussing ways to respond to the hundreds of thousands of asylum seekers who have flocked to Europe.

“We need to stop the war, it’s clear,” Marx said of the conflicts raging in Syria and Iraq that have helped trigger the massive exodus. “But the people are here and we need solidarity.”

On Monday, Catholic leaders from five continents issued a 10-point appeal for climate negotiators to come to a just and “truly transformational” climate agreement in Paris that supports the poorest people and nations. The statement is based on Pope Francis’ June encyclical on climate change that calls for action, especially on the part of richer nations.

In November, the European bishops’ conference is expected to release an expert report detailing action and discussion items on climate change in response to the encyclical.

European church officials have also organized a series of activities leading up to the climate conference, including fasts, marches, conferences and seminars that will also include Jewish, Buddhist and Protestant leaders, among others.

On Wednesday, the French Muslim Council also issued a statement urging its faithful to mobilize to “preserve the planet.”

Still, Marx acknowledged the church had been slow in forging a climate action plan. “The church can learn from the world,” he said, in “understanding the signs of the times.”