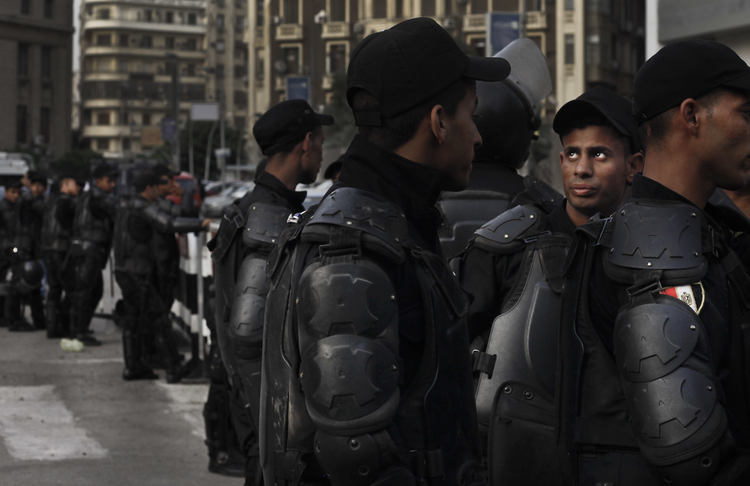 Egyptian authorities arrested on May 19 a well-known advocate for the rights of Egypt's Coptic Christians from his home in Cairo, his lawyer said, the latest in the government's crackdown on rights activists and dissidents. Mina Thabet was assaulted by police and taken in for interrogation by national security before he was slapped with a four-day detention order, his attorney, Doaa Mostafa, said. Thabet faces a long list of accusations, including inciting terrorist activities online and of inciting protests.

Thabet is the director of the Minority and Religious Groups Department of the Egyptian Commission for Rights and Freedoms, and is known for his work advocating the rights of Egypt's Coptic Christian minority.

Amnesty International condemned the arrest, saying Thabet is the latest in a slew of activists working for non-government organizations targeted by the Egyptian government for detention or intimidation.

"These are peaceful activists who must be allowed to carry out their work without fear of harassment or even imprisonment," the London-based watchdog said.

The head of the NGO, Ahmed Abdullah, was arrested last month. The Egyptian Commission for Rights and Freedoms has been advising the family of Giulio Regeni, an Italian student abducted and tortured to death in Egypt earlier this year.

There has been a wave of arrests recently in Egypt, especially following the demonstrations last month against Egyptian President Adel-Fattah El-Sissi's decision to hand over two Red Sea islands to Saudi Arabia.

Last week, 152 protesters received two- to five-year sentences for breaking a law that effectively bans demonstrations and public gatherings unless authorized by the police.

The day before Thabet's arrest Egyptian journalists complained that a new draft bill regulating the media would likely bring the demise of dozens of low-budget, online media outlets serving as a refuge for young writers and liberal activists escaping government restrictions on freedom of expression.

Planning Minister Ashraf el-Araby announced the government's adoption of the long-awaited bill on May 16. The 227-article bill will be sent to parliament, which is dominated by a coalition loyal to president Abdel-Fatah el-Sissi, for final approval.

The bill sets a host of conditions for starting up media outlets, including the creation of a shareholding company with a minimum initial capital of 500,000 pounds (about $50,000), a sum that is far beyond the reach of the typically young entrepreneurs and journalists behind such enterprises.

Doaa Sultan, editor of the independent online media site "Plus 18," described the bill as a "disaster." She added: "This legislation destroys the alternative and independent media."

Ahmed el-Fakhrany, editor of Qoll, or "Say," an online news magazine, charged the new bill was designed to bring independent online media under government control. "Under the new bill, my options will be to either close down or look for a businessman (to finance the site) who may control the editorial line."

Plus 18 and Qoll are among scores of online media sites that have, over the past decade, served as an outlet for young writers who are often critical of the government. They have taken on added significance in the past two years as el-Sissi's government has significantly restricted freedom of expression.

Egypt was ranked 158 out of 180 countries in the 2015 Press Freedom Index, according to Reporters Without Borders, a freedom of expression advocacy group. In December, the Committee to Protect Journalists said Egyptwas second only to China as the world's worst jailer of journalists in 2015.