Economy for the People 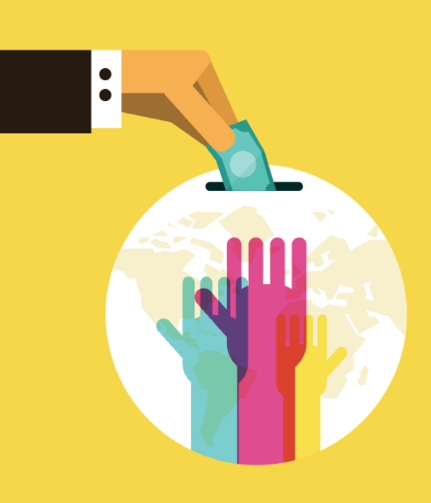 During a press conference on his recent plane ride from Paraguay to Rome, Pope Francis admitted he has “a great allergy to economic things.” This is perhaps a surprising statement from a leader who has not hesitated to describe the dangers of unbridled capitalism and called inequality “the root of social evil.” And although some have taken this statement as proof that Francis is out of his league in economic discussions, his outsider status may in fact allow him to approach economic questions in new ways and to breathe new life into the global dialogue. His timely urging of human-centric solutions to current fiscal crises proves his contributions to the conversation are worthy of reflection and engagement.

Francis appropriately places the economy in the context of both the market and morality—but he is not the first to do so. Adam Smith, best known as the father of modern economics, was also a moral philosopher and, in addition to The Wealth of Nations, published The Theory of Moral Sentiments. For Smith, the “self interest” that guided a laissez-faire system was not rooted in greed or avarice but was informed by basic human values of empathy and morality. Today, too often, that connection is lost.

In his recent address to the World Meeting of Popular Movements in Bolivia, Pope Francis spoke not of the “invisible hand” but of the “invisible thread” that connects the many forms of exclusion in our world, a “system [that] has imposed the mentality of profit at any price.” It is a system that is “intolerable,” Francis said. And while capitalism has many benefits, even its most fervent advocates admit that it, like all economic systems, is imperfect. The vast numbers of people in poverty within capitalist societies prove this. Yet too often, any critique of capitalism is read as a condemnation.

As Francis stated, “Let us begin by acknowledging that change is needed.” His urging is a welcome opportunity for dialogue and discussion, and a chance to move beyond ideology. Creative solutions are required, as are true humility and a willingness to listen. Francis said that he plans to read criticisms of his economic theory before he visits the United States, and he welcomed the suggestion by one reporter that he speak more often about the struggles of the middle class.

This struggle has become especially evident in the context of the Greek economic crisis. As Christians and as people of good will, we are called to be aware not just of policies but of the people they affect. Yet as Greek citizens line up at banks and the Greek middle class shrinks, some European leaders have held hardline stances against the possibility of debt forgiveness. Such actions encourage a world in which the expected returns of the banks are given more weight than the expectations of the individuals actually living in the midst of economic chaos. As European nations debate a solution, they would do well to consider Francis’ statement that “the first task is to put the economy at the service of peoples.”

The European Union can succeed only if the member countries are united not simply by a currency but by a willingness to make sacrifices for the common good. “It would be too simple to say that the fault is only on one side,” Francis said of the Greek crisis. Any true solution must begin with humility on all sides. German leaders, who have urged the strongest austerity measures for Greece, must remember that their own economy benefited greatly from substantial debt forgiveness after World War II. And, following Francis’ example of humble leadership, Greek leaders should be willing to admit their own mistakes in the lead-up to the crisis. “No government can act independently of a common responsibility,” Francis said. “If we truly desire positive change, we have to humbly accept our interdependence.”

Current economic conversations should urge the global community to ask: How does a nation build up an economy that builds up its people? Francis, while promising more attention to the middle class, has nonetheless insisted on attention to those who are at the margins, whether struggling individuals or nations, who cannot and should not be forgotten. His journey to South America was a testament to this belief, as evidenced by his visits to Ecuador, Bolivia and Paraguay—three of the region’s poorest nations—and to the marginalized people within these nations: prisoners, indigenous peoples and those who live in slums.

He also pointed to the example of Latin American countries that have “pooled forces in order to ensure respect for the sovereignty of their own countries and the entire region,” which the European Union would do well to note. Western nations should recognize the valuable lessons that might be gained from greater dialogue with the global South. The reality of our “global interdependence calls for global answers to local problems,” Francis said. Together, let us work toward a world in which not only the wealth of nations but the people of all nations may grow and thrive.