The Country of Mercy 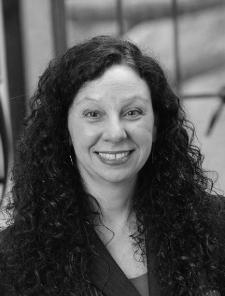 Had Sylvia Plath survived her suicide attempt 50 years ago, she would be 81 years young on Oct. 27. It is possible to imagine her as healthy, sound of body and mind, composing poems as heartbreaking and breathtaking as those in her final book, Ariel.

Had Flannery O’Connor survived lupus, the disease that took her life 49 years ago, she would have turned 88 last March. I like to imagine her alive, too—writing her tales of horror and hilarity, catastrophe and consolation—residing, perhaps, in the same assisted living facility as Sylvia—the two women exchanging poems and stories on summer afternoons on the screened porch, rocking in their chairs, sipping sweet tea. Sylvia reads her favorite Flannery tales aloud, mimicking O’Connor’s Georgia drawl; Flannery, in turn, recites Plath’s heady verse in a terse New England accent.

This vision came to me recently as I walked out of my contemporary poetry class and stepped across the hall into my American Catholic fiction seminar. Nestled inside my leather satchel was a copy of Plath’s Ariel and O’Connor’s Collected Stories, side by side. The two women had been keeping company for weeks, and they were getting along rather well. Both were committed artists whose vocations defined their lives. Both were painfully aware of the demands of their craft and made sacrifices to meet them. Both created work of beauty and power that changed the face of literature. Finally, both died young, each at the peak of her powers, leaving their readers to mourn them and their unwritten words.

Plath wrote the Ariel poems in a white heat during the freezing English winter of 1962–63. Abandoned by her husband, serving as sole caretaker of her young daughter and infant son, Plath endured frequent power outages in her London flat, writing her poems in the cold and the dark late into the night. Despite her exhaustion and the desolation that haunts the poems, her work energized and consoled her: “I am a writer. I am a genius of a writer,” she wrote to her mother in the United States. “I am writing the best poems of my life; they will make my name.” A young poet coming into her own under intolerable circumstances, she knew her skill was hard won. “I am full of plans, but do need help. I am fighting now against hard odds and alone.” Four months later, on Feb. 11, 1963, she would surrender. Having left cups of milk beside her children’s beds and sealed their doors with towels and tape, Sylvia Plath knelt before her oven, turned on the gas and died.

O’Connor wrote her stories on a manual typewriter. Her illness had sent her back to Georgia to live in her mother’s farmhouse, far from her New York literary friends, when she was just 26. For the next 13 years, she would write for two hours each morning, work that took all the strength she could muster. After attending weekday Mass, she would eat lunch with her mother. Occasionally, they would receive guests, but mostly her life was as solitary as Plath’s. When her disease flared up, O’Connor would take her work with her to the hospital. She finished her last story, “Parker’s Back,” just days before she died. It tells the story of a man full of physical vigor who cannot see the limits or the grandeur of his own flesh.

“Sickness is a place, more instructive than a long trip to Europe, and it’s always a place where there’s no company,” O’Connor wrote. Both women experienced the radical loneliness that mental and physical illness imposes on the soul. Both longed for the place Plath called the “country far away as health,” but were denied entrance.

Plath and O’Connor died with their boots on. They kept death at bay until they finished their work. Plath stacked the pages of Ariel neatly on her writing desk. O’Connor lived just long enough to finish “Parker’s Back” and afford her hero the chance for rebirth. Their poems and stories gave them the courage to look into the abyss, to take their portion of human suffering and transmute it into beauty. “Out of the ash/ I rise with my red hair,” says Sylvia. “We go to the Father of Souls,” Flannery writes, quoting St. Cyril of Jerusalem, but first we must “pass by the dragon.”

Well past the dragon, they have arrived in the Country of Mercy. On the screened porch, drinking sweet summer tea, they have much to talk about.

Angela Alaimo O’Donnell is a poet, professor and associate director of the Curran Center for American Catholic Studies at Fordham University in New York City.