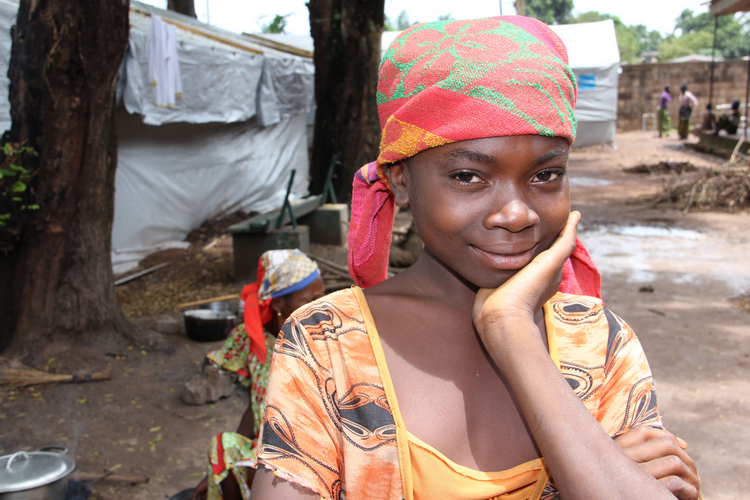 The headlines about interactions between Muslims and Christians in sub-Saharan Africa might lead Americans to believe that the two groups never get along.

That's not precisely the case, according to Catholic and Muslim speakers who shared their perspective in a Nov. 12 panel discussion on theological resources for peace in the region at DePaul University in Chicago.

Archbishop Ignatius Kaigama of Jos, Nigeria, reminded the audience that sub-Saharan Africa is a big, diverse place, with 47 countries and nearly 1,000 languages spoken. Christianity and Islam are the two biggest religious groups, but each is divided into many sub-groups, and not all adherents of each religion have a good understanding of the tenets of their faith.

Indeed, Archbishop Kaigama said, there is no reason that the two religions cannot coexist.

"Are these two religions incompatible? They shouldn't be," he said, noting that believers in both faiths are to greet people with a word of peace. "It's all about peace, never war. Dialogue between these two groups is possible. Islam and Christianity have come to stay in the subcontinent, with millions of adherents. It is very hard for one to eliminate the other."

Babacar Mbengue, who teaches Islamic studies and history at DePaul University, said his early life in Senegal is a demonstration of Muslim-Christian dialogue. Raised in a Muslim family and educated in Catholic institutions, he had many Catholic relatives and friends, he said, and members of both religious groups looked forward to one another's religious holidays, knowing they would be welcomed to join in celebratory meals and other festive events.

Senegal is about 90 percent Muslim and 10 percent Roman Catholic, he said.

"Overall, there is not just an atmosphere of mere tolerance. There is an effort to promote amity and an atmosphere of peace," he said. "The conflicts are the tree that hides the forest of interreligious dialogue and cooperation."

Archbishop Kaigama said he has seen similar levels of interreligious cooperation and relationships in the southern part of Nigeria, but finds more conflict with extremist groups who claim to be Muslim in the northern part of the country.

Nigeria has suffered much conflict, especially from the activities of the Boko Haram group, which identifies itself as Islamic.

Archbishop Kaigama is president of the Catholic Bishops' Conference of Nigeria and vice president of the Regional Episcopal Conferences of West Africa and is a founding member of Nigeria's InterFaith Activity and Partnership for Peace, which provides a platform for dialogue between people of different faiths. Among his writings is a compilation of some of his peace efforts entitled "Peace, Not War: A Decade of Interventions in the Plateau State Crises."

Religious leaders from both communities must use care not to encourage violence, even or especially in response to violence, the archbishop said.

"When our church in Jos was bombed, I went to the scene. There were so many people. They were so angry. They wanted me to declare war. I went to kneel before the remnants of the Blessed Sacrament," Archbishop Kaigama said. "I knelt there for five minutes, and I went to talk to the people and told them I cannot declare war, because Jesus tells me I cannot return evil for evil. We have to overcome evil with good."

Many of the conflicts are not really about religion, both men said. Rather, they are tribal, ethnic or cultural conflicts or issues caused by poverty and the scarcity of resources, and religion is used as an excuse.

"We need to look at conflicts and see what part of it is actually religious. People often are using religion as a screen for deeper problems," Mbengue said.

"A hungry man is an angry man. A hungry boy is easily manipulated by the politicians and the religious extremists."

Archbishop Kaigama said that other times, the root of the conflict comes from a belief among believers on both sides that their way is best, without being willing to look at both sides. That's a stance that Catholics should be able to understand, given the church's longtime insistence that there is no salvation outside the Catholic Church.

"Now we talk about finding the positive values in other religions," he said.

Such beliefs in each group's superiority over the other start early, the archbishop said,

"If you were brought up and told your community was the best, your culture was the best, your religion was the best, it is very hard to give that up," he said. "Negative indoctrination is very possible. We inject poison into them at home, and they go to school and then university. It takes humility and the grace of God to overcome that."

Members of both religious groups are challenged by secularism, Archbishop Kaigama said. "Secularism for Muslims and Christians is a threat because it affects our understanding of God and our relationships with one another. Muslims sometimes regard Christians as people who have conceded a lot to secularism. They feel Christians have too often sold their birthright to appear modern. ... We have the challenge of trust. We are so polarized, so divided."

Mbengue emphasized the need for relationships that build trust.

"Trust-building is essential," he said. "There is an understanding that you are free to pursue your own religious goal, without pressure. Everybody can follow their own way to salvation."

Dominican Father Aniedi Okure executive director of the Washington-based Africa Faith & Justice Network, moderated the discussion at DePaul. It was the first of a three-part series titled "Muslim-Catholic Dialogue: Prospects, Possibilities and Challenges," which is organized by the Vincentian university's Center for World Catholicism and Intercultural Theology.