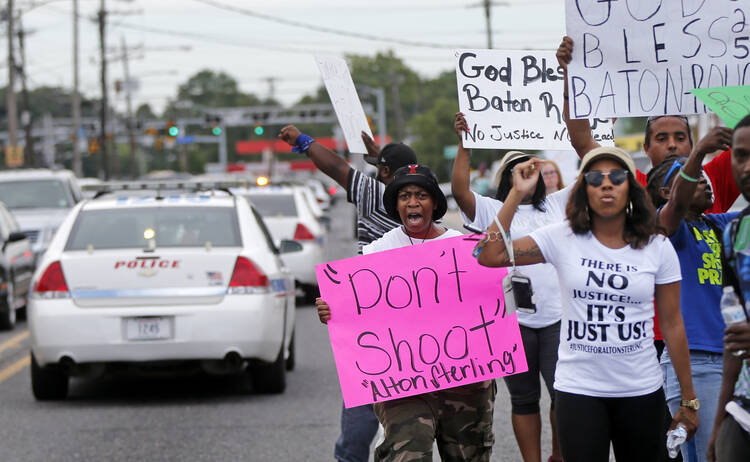 When I was a young attorney in Chicago, I volunteered to teach anti-discrimination law to public housing residents facing relocation as part of the city’s plan to reduce concentrations of poverty. As high-rise projects were torn down, residents were to receive Section 8 housing vouchers that would allow them to move to the suburbs. At the outset, I was wildly ineffective in the role because I had assumed that the residents would be enthusiastic about the prospect of escaping the projects and moving to the suburbs where I had grown up. Instead, I was met by fear and anxiety, for those high-rise projects, though far from ideal, had served as the only community that many of the residents had known, and the suburbs of my childhood had not always provided a welcoming environment for blacks. Only by meeting and talking face to face with these residents did I gain a powerful reminder that my story is not the story.

The #BlackLivesMatter protests that have rocked cities and campuses across the country are rooted in marginalization and estrangement that fall too frequently along racial lines. These dynamics are not new, of course, but they might be growing more entrenched as we slowly lose our capacity for empathy. Opportunities to understand and experience the feelings and worldviews of those who are different from us are becoming more elusive. This month’s shooting deaths of Alton Sterling and Philando Castile have provided yet another set of painful reminders of how different our stories of America can be.

It is surprisingly easy in modern American society to avoid opportunities for empathy. While technology can increase our sense of connection, it also empowers us to construct our worlds in ways that support our preexisting worldviews and minimize opportunities for cognitive dissonance. Geographic segregation by race and socioeconomic status limits encounters with “the other” in our day-to-day existence. And thanks in part to increasingly precise gerrymandering, the political realm exacerbates our capacity for self-absorption.

Catholic higher education, when functioning according to its intended purpose, is an antidote to self-absorption. For several reasons, Catholic colleges and universities are well-positioned to play a leadership role in today’s debates.

First, formation matters. Today’s university jeopardizes its ability to speak to today’s protestors when it departs from its mission of forming the person. Rising student debt and questionable employment outcomes have caused many families to approach college through a strictly economic lens. In addition there is increasing concern that the identification and cultivation of particular virtues represents a kind of moral paternalism. As a result more aspirational educational goals are pushed to the margins. The hollowing out of the university mission makes it difficult to engage meaningfully with today’s campus protesters. After all, they are not demanding better job training; they are demanding a more inclusive community. This is a deeply moral demand.

The Catholic vision of education has always been about formation—a relational endeavor that is best undertaken in communities marked by dialogue, interpersonal modeling and opportunities for reflection and growth. Knowledge has more than instrumental value, and the student experience aims at moral growth, not just professional preparation. This foundational orientation does not make answers to deep and difficult questions about diversity and inclusion easy, but it means that the deep and difficult questions are not distractions from the educational mission; they are why the church operates universities in the first place.

Second, history matters. As Americans, our short memories can be a strength, as we perpetually reinvent ourselves and shake off the past in pursuit of a brighter future. Among the many downsides, of course, is that we can be reluctant to connect present struggles to historical oppression. President Lincoln issued the Emancipation Proclamation more than 150 years ago, but that did not end racial oppression in our country. Jim Crow laws provided the framework for a society that was hard-wired for the subjugation and exclusion of blacks. Our criminal justice system has too often contributed to racial disparities through targeted policing, selective prosecution and inequitable sentencing. A post-white-flight lack of economic opportunity in our inner cities has created crushing cycles of poverty. Blacks were largely cut out of the legitimate home mortgage market until the late 1960s. The list goes on. The progress we have made cannot obscure the fact that today’s protesters speak from a centuries-long stream of marginalization. In its 2,000-year-old role as steward of God’s revelation to the world, the church is intensely aware of history and how it matters. Students at Catholic universities should be equipped to situate current debates within a broader, coherent context.

Third, theology matters. It is more difficult to speak meaningfully about racial justice absent resources that have been mined over centuries within the Catholic intellectual tradition. A belief in the reality of sin—at both the personal and societal levels—can check our tendency to affirm our own goodness as a shield from accountability for injustice. Solidarity prevents us from relegating any human being to the category of “other.” The preferential option for the poor and marginalized demands that we listen proactively and authentically to the cries of protesters, not from a defensive posture but with an openness of heart and mind. A commitment to the common good—as amorphous as that term can be in today’s debates—requires, at a minimum, that our definition of success encompasses communities outside our immediate purview.

None of this is to suggest that the students, faculty, staff and alumni of Catholic universities should be hard-wired to agree with every demand made or position taken by individuals or groups associated with the #BlackLivesMatter movement. Rather, my point is that Catholic universities are positioned to engage this latest chapter in the history of American social movements like few other institutions can. This engagement will reject the increasingly common tendency to choose sides and then treat that choice as the end of moral reflection on the matter. Those who have been formed by Catholic higher education should stand ready to walk in the shoes of those on both sides who are too easily demonized, to help translate justifiable anger into social change, and to help build bridges across the racial divide—not through arm’s-length pronouncements but through the messiness of real relationships. It requires long, difficult work to permit your story to shape my story, but it is work that has never been more important.

Why do universities exist? If our answers extend no further than workforce readiness or socially beneficial research, we have settled for an incomplete vision of higher education’s potential. In his 1990 apostolic constitution “Ex Corde Ecclesiae,” Pope John Paul II described a Catholic university as an “authentic community animated by the spirit of Christ” with a “common dedication to the truth [and] a common vision of the dignity of the human person.” Now is the time, in the midst of seemingly intractable racial strife, when Catholic universities can demonstrate what this means in the real world, and why it matters. 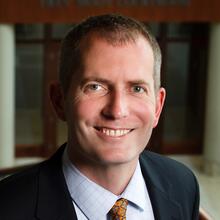