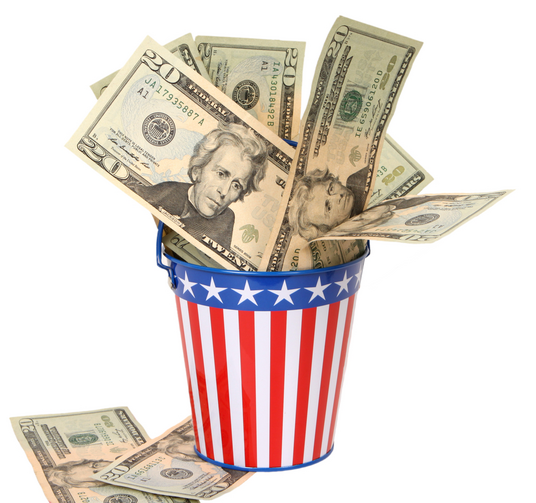 The presidential primary season has only just begun, with eight definite entrants, and many more waiting to announce. However, another selection, one that will actually determine who is elected, is almost over. This “invisible” primary centers on winning the favor of a few wealthy individuals and the SuperPACs (unlimited political spending machines shrouded in anonymity) they control. Regardless of who the eventual winner is, his or her election should not be a mere formality, a ratification of choices that a very small group has already made.

In the last three decades, decisions by the Supreme Court, and political campaigns’ logical choices based on those decisions, have turned campaign funding into a serious threat to inclusive democracy. Now, an open pipeline of money flows into elections at all levels. The foundational principles of one person, one vote and the fundamental duty of representatives to constituents are eroding in favor of a system where he who is willing to spend the most gets to control the agenda in Washington, in statehouses across the country, and even in the courts.

While writers and activists have spent years decrying the legal, social and ethical ramifications of this change, too often, the moral challenge is ignored. Catholics, however, have an explicit reason to support liberal, inclusive democracy: Only through democracy can the values of human dignity be fully expressed.

Granted, the Catholic Church might be accused of coming late to the support of liberal democracy. For centuries, it was the bulwark of feudalism and autocracy throughout Christendom. Even when the tide began to turn against monarchy, it did not embrace democratic reform readily. But when it did come around, near the end of the Second Vatican Council in 1965, the church embraced democracy in strong, moral terms.

“Gaudium et spes” recognized that moral political structures provide all citizens with “the practical possibility of freely and actively taking part in … the political community and in the direction of public affairs.” Active participation and a realistic ability to shape governance are the hallmarks of true democracy and of the type of government that the church advocates. But active participation, inclusivity and accountability are the very qualities threatened by the accelerating influence of money on our political system.

In a 2014 meeting with the Pontifical Council for Justice and Peace, Pope Francis warned that economic inequality threatens inclusive government and participatory democracy. More directly, Martin Gilens and Benjamin Page, two political scientists at Princeton and Northwestern, recently defined the dramatic scope of how inequality corrupts politics. In examining almost 2,000 policy decisions made by Congress over 20 years, the researchers found that, overwhelmingly, those decisions aligned with the wishes of the wealthiest 10 percent of the population, even at the expense of the majority of legislator’s constituencies. They called this “Economic Elite Domination.” Money doesn’t just influence government, it dominates it.

Politico reported in December that the 100 biggest donors to political campaigns gave almost as much the 4.75 million small donors in 2014. These so-called “mega-donors” buy themselves far greater influence than the small dollar donor, not to mention the vast majority of citizens who spend nothing on campaigns, who seem to believe that voting alone should be sufficient to have a say in their government.

Inclusive democracy and accountability cannot survive in this environment. Whether one comes from a Rousseauian notion of the sovereignty of the people or a Lockean individual rights ideal, anyone who values democracy should be alarmed that politics has devolved into a system where a small minority control virtually all of the decisions. Is this a government “of the people”?

This is doubly true if one believes, as the church seems to, that the moral obligation to ensure equal human dignity also requires an equal say in the decisions that affect our shared society. Where money is able to mute the voice of the poor, the voice of those who seek justice, even the voices speaking for our children, we can no longer say that our system holds the moral high ground against autocracy and despotism.

But all is not lost. Movements to turn the tide exist. The People’s Pledge managed to stem the flow of anonymous contributions during the 2012 Massachusetts Senate race. Harvard Professor Larry Lessig’s Mayday PAC, the so-called “SuperPAC to end all SuperPACs,” is aimed at spending whatever it takes to elect a Congress that will dedicate to reducing the influence of money in politics. There have even been attempts to amend the Constitution. One failed in the Senate in 2014, but the advocacy group Move to Amend continues to build grassroots support to try again and even Hillary Clinton has spoken in support of such an amendment. One or more of these efforts may yet find success.

As Catholics, we should use our moral voice to push the topic of electoral corruption to the forefront in this election. Our voice, arguing that human dignity is inextricable from real participation in democracy, makes the authentic, moral case for the defense of democracy and thereby makes that defense more likely to succeed.

Daniel T. Dobrygowski is an attorney and MPA candidate at the Kennedy School of Government at Harvard University, where he conducts research on public governance, electoral integrity and transparency, among other topics.