The Call of the Spirit: The style and substance of Pope Francis 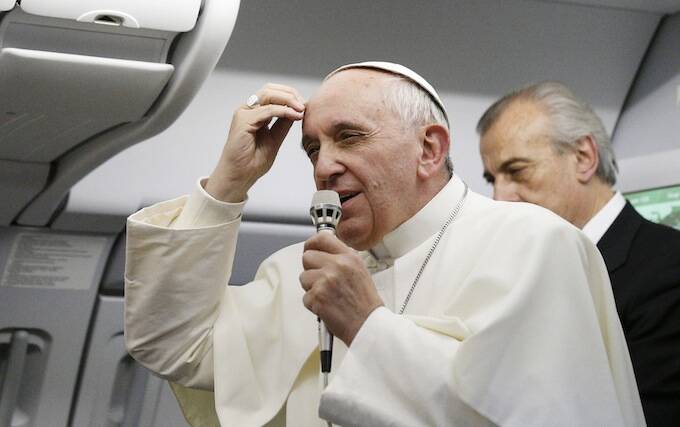 We think we know the papacy and tend not to expect many surprises from the Vatican. Indeed, part of its "mystique" lies in its apparent immunity to historical change. Yet it does change and it does surprise us. Whether it was the unexpected decision of John XXIII to call a Council, the election of a Polish pope, the resignation of Benedict XVI or the election of Jorge Bergolio, these acts were not anticipated. This capacity for surprise is itself an extraordinary sign of an office that is alive: Whatever historical forces and personalities shape the papacy—as an office and a person—it belongs ultimately to the Spirit. This is why it guides to the church and is at her service.

The interview is a new and developing form of papal communication. It allows the personality as well as the teaching and opinions of the pope to emerge. It is well suited to Francis and his desire to be in dialogue with the church and the world. What is refreshing in his recent interview with Jesuit publications is the sense of immediacy, openness and the person that is present throughout.

The genre and medium allow for a conversation that is both dynamic and evolving. Its style models a different genre in episcopal and magisterial speaking and relating. Nevertheless, it offers a deep, strong but gentle call for change—perhaps conversion is a better word—both in the present ecclesial culture as well as in the secular world. It is all the more challenging because it is an invitation to transform that does not simply rehearse negativities, but presents us with a renewed vision of possibilities, of hope. These are not grounded so much in a formal theological system as in a profound vision of a dynamic, compassionate and merciful God whose love embraces all humanity, especially the poor, despised and undervalued. Francis speaks of and seeks to live out an incarnate love made intimate, real and personal in Jesus Christ; a holy love in the ‘hidden sanctity’ of ordinary lives. He speaks not so much as a teacher but as a witness to what he has seen and experienced.

In contrast to the church as "resident alien," the pope offers a striking image of the church as "field hospital." This is not a church that is inwardly focused, reconciled to its own marginality, almost as a Donatist badge of honor, or that obsesses about its own purity, inclined to substitute juridical observance for holiness. This is a church in love with women and men, deeply attentive to their needs—the cry of souls as well as bodies. It is a church that knows that it too lives purely from this overwhelming grace of God’s love and mercy, and even in its own weakness moves with humility to the service of humanity.

Although he does not use the image, one can see here the church of the "good Samaritan"; a church that is not bound by cultural or theological systems but without losing its identity, can reach out to a suffering world looking neither for recognition nor success. In a sense, it is the beautiful, graced and sacred gesture of healing that Galway Kinnell describes in the poem “Saint Francis and the Sow”: “sometimes it is necessary / to reteach a thing its loveliness…and retell it in words and in touch / it is lovely.” Such a church that reaches to put a “hand on the creased forehead of the sow,” is not afraid to enter into dialogue or to change for the sake of Christ and his mission; not only is it a pastoral church but a generative one—a Mother (and Father). In its reaching out this church rediscovers its own ‘loveliness,’ the mystery at its heart, the unfathomable fountain of life from which it lives. It experiences itself as the sacrament of salvation.

Throughout the interview one is struck by the delicacy and respect the pope shows for all persons, whom he tries to see first as women and men loved by the Lord before they are distorted by social, moral, economic and political classifications. There is a balance and freedom here that is both attractive and creatively disturbing precisely because it asks us to see first without our categories.

Yet the interview moves at another level that is at least as challenging if not more so. It is both subtle and profound; one might call it the personal human narrative and Jesuit subtext of love and change before the immensity of God’s majesty—the Deus semper maior—an inexhaustible and incomprehensible love before which we can only kneel in humility, adoration and loving service (Sp. Ex. 114).

One familiar with the Spiritual Exercises cannot help but notice the way in which the whole of Pope Francis’ understanding of himself and his mission as Bishop of Rome is rooted in and shaped by the Spiritual Exercises of St. Ignatius. There can be no genuine Jesuit or Christian life unless it is lived out of gratitude for the compassion and saving mercy we receive from the Father in the life, passion, death and resurrection of his Son. This foundational experiential knowledge is the fruit of the first week of the Exercises. It is not just one transforming moment of realization and ‘conversion,’ though often it begins that way; it is the habitual knowledge that informs each moment of our lives. Not as a paralyzing sense of guilt or shame but as joyous thankfulness, a ever deepening self-knowledge of one’s dependency and poverty combined with a liberating wonder; the experience of the depth of our sin but the even greater immensity of God’s saving love.

In all that Francis has said and done since his election as Pope, it is clear that this is how he knows himself. His confession that he is a sinner is neither ritual nor formula; it is inscribed in his daily life and actions. Yet it gives him a sense of freedom because it allows him to live always from the infinity of the Lord’s compassionate mercy and embrace. He also knows, personally, that there is here too the gift of freedom—freedom to change, freedom to live beyond the preoccupations of self, in service of the greater need and suffering we encounter in those around us and in our crucified world and planet. And there is urgency. It is God’s own urgency that searches for us and calls us to another way of being and acting and loving: to follow Christ in his poverty and humility and in his self-surrendering gift (Sp. Ex. 167). But we do not find this way except by loving Him. Nothing is more life-giving to us, to the church and to the world; nothing is more counter-cultural.

So I find this interview both inspiring and deeply challenging: Francis is not afraid to speak about his sinfulness, his failures and how he has changed and continues to do so in order to be of ever-greater service in the mission of the Lord. That speaks to us all, personally and ecclesially.

Although there is a freshness to his words and actions, he has said nothing new. Yet his desire to refocus and rebalance us on the dynamic economy of God’s saving love “laboring and working in all things” is not just about style, it is about substance. In a simple, direct, personal way he is presenting us with the reality of a God who does not condemn the world but loves it more than it can believe or imagine (Jn. 3:16–17).  A God who can enter into the depths of our suffering, is not repulsed by our woundedness or disfigurements, but who meets us wherever and whoever we are, heals us by bringing us ever closer to himself.

The danger of our cultural battles is that we forget the greatness and the richness of our tradition and its understanding not only of God but also of humanity. Francis is reminding us of both—the God who is always the greater love and calls us into to an ever-deeper community of loving responsibility for each other and our planet. As in the Spiritual Exercises so in the evangelical message of Pope Francis we are invited to renew our response in person and as a church: “This is to ask for what I desire. Here it will be to ask for an intimate knowledge of the many blessings received, that filled with gratitude for all, I may in all things love and serve the Divine Majesty”(Sp. Ex. 233). 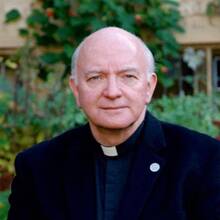 James Hanvey, S.J.,a member of the British Province of the Society of Jesus, is Fellow in Theology at Campion Hall, Oxford.