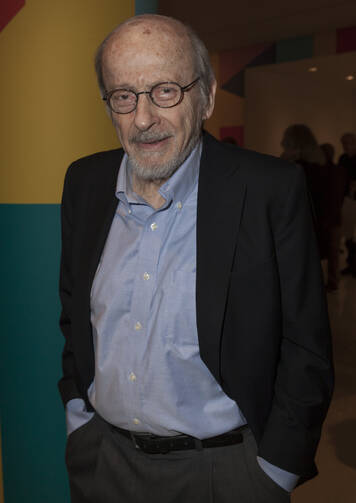 Over the past 30 years, E. L. Doctorow has written eight novels for which he has received a number of prestigious awards. While the subject matter of these novels covers a time period of over 100 years—ranging from the Wild West in Welcome to Hard Times to the 1960's youth culture of The Book of Daniel—the setting to which Doctorow obsessively returns is that of New York City at around the time of his birth (1931). In World's Fair, Doctorow brings everyday life in the Bronx of the 1930's back into recollection with a historian's clear eye for detail and texture. In Billy Bathgate, Doctorow returns to the Bronx of the 1930's to restore another dimension to that life.

Billy Bathgate is a child of the Depression. He lives in the East Bronx with his mother; his father had abandoned them years earlier leaving Billy to make it on his own and Billy's mother in a state of permanent mental distraction. Billy learns control over the powerful forces threatening his life in two unrelated activities: reading about gangland heroes and juggling on Bathgate Avenue. Billy's story begins on a day in 1935 when these unrelated activities come into magical relationship with one another. On this day, Billy's juggling act brings him the attention of Dutch Schultz, the notorious gangster from the news stories, who like Billy began in the East Bronx. Dutch Schultz catches Billy's juggling act, calls him a "capable boy," then returns to his world. In Billy's mind, these words of recognition were not casual but magically removed him from the East Bronx, where he was the helpless plaything of forces that seemed to juggle with his fate and placed him in hands that had learned to control these forces.

Gangsters like Dutch Schultz took advantage of the defensive Puritanism the Depression induced in everybody else. Firm believers in the spirit of capitalism even in the era of the Depression, gangsters constructed an underworld that released Americans from the economic virtues they produced out of their everyday fears. Here a different ordering of the relationship between needs and their satisfaction prevailed, transforming the need for thrift into the wish to get rich quick at the numbers and the enforced temperance of prohibition into the casual drunkenness of the speakeasies. Gangsters based their power on everybody else's fears about the economy; they regulated their power with a code of rough justice. A victim of economic fear, Billy looks to Dutch Schultz's outlaw gang for an alternative code with which to take possession of his life. But Billy joins up with the Dutch Schultz gang at the time when it is in trouble with the FB.I. for income tax evasion and with competing gangs for Schultz's repeated violations of the code.

Billy looks to Dutch Schultz as a surrogate father, a magical personification of the control missing from his life, but he finds in Dutch's behavior only a manifestation of his own impotent rage. In his brief time with the Schultz gang, Billy moves through a series of adventures—involving robbery, extortion, prostitution, racketeering and murder—with all the breathtaking speed of someone dropped from a great height. The only forces powerful enough to break his fall through these events are supplied by Billy's language. Like his talent for juggling, Billy's gift for fluency takes hold of events otherwise falling out of the time of his life, brings them into momentary equilibrium, then recirculates them through the medium of the time kept by other events in the l930's. Instead of quite belonging to the Schultz gang, Billy articulates for it the only order capable of preserving it from oblivion. Without Billy's language to redefine them, the other members of the gang—Abbadabba Berman, Lulu Rosencrantz Irving and (on occasion) Miss Lola—threaten to decompose into aspects of Dutch Schultz's rage.

As the gang's means of preserving itself in memory, Billy's language opposes Schultz's anger. Whereas Schultz's rage appropriates everything to his need to destroy, Billy's words bear permanent witness to whatever is threatened with impermanence. Billy discovers this gift when he witnesses Schultz's gangland execution of his former lieutenant, Bo Weinberg: "Kid. I want you to look on Bo Weinberg for your own sake and understand the terrible usage of such a man, look him in the eye, look him in the eye if you can so you will never forget this as long as you live."

Doctorow begins the novel with Billy's account of Bo Weinberg's execution and structures the remainder of the narrative around Billy's reflection on its implications. The part of Billy that is loyal to Dutch Schultz gives himself over utterly to the transitory intensities of his adventures; the part of Billy that is loyal to Bo Weinberg preserves those adventures as if they, like Bo (and Dutch Schultz), are otherwise threatened with oblivion. In composing Billy Bathgate out of a boy's divided loyalties, E. L. Doctorow has restored to the memory of American culture the era of the Great Depression it has tried to forget. In recovering the cultural legacy of the Depression era, Doctorow has produced a book that promises to remain as permanent an addition to its culture as The Adventures of Huckleberry Finn, its cultural predecessor.

Donald E. Pease specializes in 19th- and 20th-century American literature and literary theory and is founder/director of the Futures of American Studies Institute. He has written numerous books, including most recently Theodor Seuss Geisel (2010), and over 100 articles on figures in American and British literature. He is also editor of The New Americanist series.