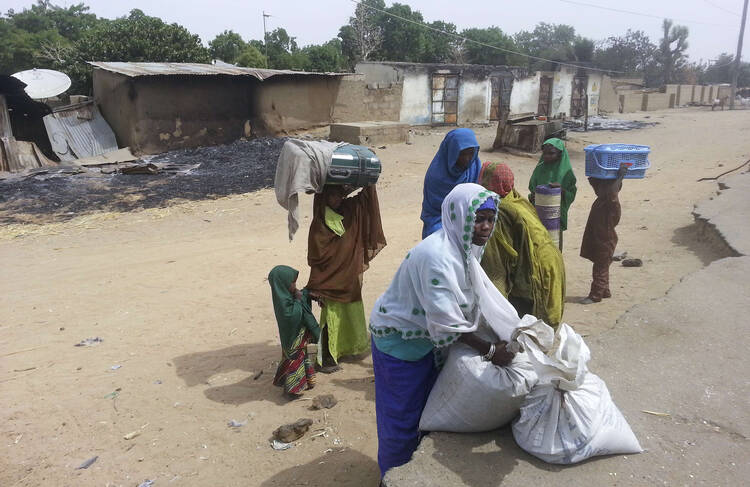 Nigeria is in a state of shock after the killing of 59 students at a government-run college by Boko Haram Islamic militants in the northeastern state of Yobe during the night of Feb. 25. Two days later another attack on a village claimed 12 more lives. During the school attack, the militants spared the girls but set fire to the dormitory where the boys were sleeping. Those trying to escape were killed in cold blood. Residents claim security forces withdrew from two local checkpoints shortly before the attack began. Archbishop Ignatius Kaigama of Jos said on Feb. 27 that he and many other Nigerians are wondering how Boko Haram militants can carry out such brutal attacks with impunity. “My suspicion and my fury is that perhaps we have insiders among the security forces who are sympathetic to the cause of Boko Haram.” The archbishop said Nigerians “are absolutely despondent” over the continuing attacks. Boko Haram militants are opposed to Western education, which they see as “diabolic,” he explained.