Bastards and Broken Things: Salvation and surprise in HBO's 'Game of Thrones' 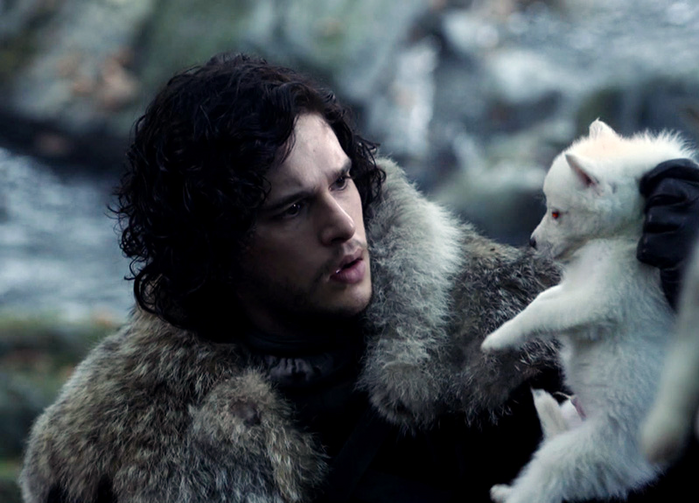 In the Bible, salvation regularly occurs by the most unexpected of paths. In a world that gave everything to the eldest boy, the Bible finds its heroes regularly in the younger son. In a society that rooted a woman’s status in marriage and children, Scripture turns to the barren and the widowed. And before a landscape of mighty powers, each more dangerous than the next, the Old Testament declares God has chosen for his own the tiniest of nations, while the New Testament proclaims liberation is to be found in a crucified man.

In so many ways, the Bible is about the shattered, the shunned and the disregarded. And so, too, is HBO’s hit television series Game of Thrones, whose third season began on Easter Sunday. In its fictional, medieval-ish land of Westeros, noble families struggle against one another both for survival and for the ultimate prize, the throne of the seven kingdoms.

It is a world in which the rich, the handsome, the well-born have great advantage, while the poor, the misbegotten and the crippled teem in the muck for their own chance at life. And yet for George R. R. Martin, creator of the award-winning book series on which “Game of Thrones” is based, what is central are the journeys of those on the margins. Bastards and midgets, orphans and prisoners, a crippled boy, a lost little girl, a gigantic, mannish warrior woman, star-crossed lovers—“Game of Thrones” is populated with heroes like these. Admittedly, this does not sound like a story for everyone (and if I began to rattle off the unusual names of some of the characters it would probably seem even less so). Nerd culture may be ascendant, but swords and sorcery still generally drive far more away than they attract.

But in this respect, too, “Game of Thrones” is the brilliant exception to the rule. Season 2 averaged 11.6 million viewers per week across all of HBO’s platforms. To put that in perspective: that is more than all but 8 of the top 10 shows anywhere on network or cable, including reality juggernauts like “American Idol.” It is also more than double the 5.4 million it scored when the series first bowed in April of 2011. The season 2 DVDs and Blu-Rays are the fastest selling videos HBO has ever produced, and the ratings for the first episode of Season 3 again broke all records for the show.

It is hard to explain why the show is so popular. But not because the reasons aren’t obvious; they are—strong, complex characters in the most challenging of circumstances; and storytelling so rich and dense it makes “The Wire” look like the latest chapter book by Beverly Cleary.

No, “Game of Thrones” is difficult to talk about in any detail because every week it offers so many delicious, eye-popping (and sometimes eye-gouging) surprises, to say much is to risk spoiling them. For all its purported variety, television today continues to rely upon familiar tropes and structures: Set up, punch line. Dramatic problem, twists, resolution. The cops will solve the case. The girl will get her guy.

Those structures make stories appealing and accessible, but also more or less predictable, with a limited range of possible change or consequence.
“Game of Thrones” does not play by those rules. Important characters get killed. Many of them. And they get killed without warning; the show fiercely resists anything resembling the last poetic moment of resolution, the concluding statement or heroic deed. (If Martin had written a Gospel, it would have been Mark, with its spooky ending of Jesus dead and the women running away frightened from the empty tomb.)

Likewise, in “Game of Thrones” background characters suddenly seize the stage by storm and then refuse to leave. Other characters who have only been mentioned show up in force, opening up even more worlds, characters and conflicts to explore. The first season had five radically different settings (shot simultaneously at times in 5 countries). The second season expanded the settings to seven, four of which were all new. There are to this point 27 ongoing characters.

Unable to get ahead of the story, the audience gets to be like children again, brought to wonder and delight at each new and unexpected turn. It sounds like a gross overstatement, but truly, the surprises of the show are at times so enormous and simultaneously well hidden that all but the most brilliant of viewers will find themselves profoundly dumbstruck. (Everyone who has seen the show is at this moment nodding their head and thinking of one such instance in particular.)

“Game of Thrones” insists that in life everyone, whether king or pauper, is the main character on their own epic journey, and the terrain we travel is far more dangerous than we choose to believe. The show well grasps our human capacity to push away that which unsettles us, to sing to ourselves sweet lullabies of security. But in Westeros, the threat of death is ever-present, and drums of doom beat ever on. After nine years of summer, winter is coming, and war, too, and dragons and everything else. Something is always coming.

And salvation is not the purview of some elect, nor does grace inherently reside in a crown. As with horror, so hope springs from the most unexpected of quarters.

Jim McDermott, S.J., is a graduate student in screenwriting at the University of California, Los Angeles.