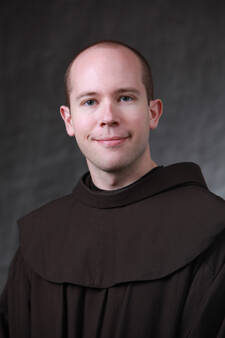 Among the subjects of debate and ostensible controversy that arose during the 2014 Synod on the Family and continue in its wake, one in particular captured my attention: whether doctrine can change or develop. The answer is: it certainly does develop. It always has.

One of the synod participants, Cardinal Reinhard Marx, archbishop of Munich and Freising, said publicly toward the end of the synod that church doctrine, “doesn’t depend on the spirit of time but can develop over time.” He added, “The core of the Catholic Church remains the Gospel, but have we discovered everything?”

Cardinal Marx’s question echoes his prelate predecessor Blessed John Henry Newman (d. 1890), who wrote the now-classic text, An Essay on the Development of Christian Doctrine. Newman engaged this question about the possibility of change and development in the church’s teaching and affirmed that, both historically and theologically, doctrine indeed develops. Newman goes on to say that doctrinal developments were not only natural, but also intended by the Creator. Newman writes that many of the core Christian doctrines...

cannot be fully understood at once, but are more and more clearly expressed and taught the longer they last—having aspects many and bearings many, mutually connected and growing one out of another, and all parts of a whole, with a sympathy and correspondence keeping pace with the ever-changing necessities of the world, multiform, prolific, and ever resourceful....

The central theme here is that though we may speak abstractly about a “deposit of faith” that is eternal and remains unchanging, we finite human beings do not understand the full meaning of these teachings immediately. We come to a fuller understanding of our faith with time, experience and the guidance of the Holy Spirit. This was true going back to the pre-New Testament kerygma the (early preaching of the apostles), through the earliest ecumenical councils, through the Second Vatican Council and beyond.

The church teachings on usury, slavery and religious freedom are often invoked to illustrate this development. But there is also a clear development—in Newman’s sense of fuller understanding and clarification—of even the most fundamental dogmatic statements of our faith. If there could be heated debates about the consubstantiality of the Son and Father on the path toward doctrinal definition during the first Christian centuries, then many of the allegedly “nonnegotiable” themes discussed at the synod may be fair game too.

As Thomas Reese, S.J., reminded us in an article in The National Catholic Reporter on Oct. 7, this way of thinking about doctrine in static, objective and absolute terms is a return to what the theologian Bernard Lonergan, S.J., called the classicist approach to theology, which misunderstands the authentic development of doctrine and disregards historical consciousness.

The reduction of church teaching to propositional claims alone is a sort of doctrinal Docetism—a misguided belief that faith claims simply “appeared” from above without any historical grounding. Just as the Christological heresy of the same name denied that Jesus Christ was truly human, asserting instead that he was only divine and appeared from heaven without any tie to creation, so too doctrinal Docetism is an outlook that denies the development of Christian doctrine as humans seek to understand their faith more fully. The truth is that God did not send us a pre-existing book, a “cosmic catechism” from heaven that states clearly and completely the unchanging “deposit of faith.” Just as Scripture must be interpreted in order to understand its fuller sense, so too sacred tradition must be interpreted and develop over time for us to understand its fuller meaning.

It is important to remember that many of the early council fathers and others over the centuries entered the councils with views that would anachronistically be called “heretical,” only to come out with those same views ultimately declared orthodox. We must trust in the Holy Spirit and be open to the possibility that we do not yet understand the fullness of our faith. We have so much more to learn and discover.

Daniel P. Horan, O.F.M., is the author of several books, including The Franciscan Heart of Thomas Merton (2014).

@DanHoranOFM
Show Comments (
4
)
Comments are automatically closed two weeks after an article's initial publication. See our comments policy for more.
Robert O'Connell
7 years 8 months ago
Thank you: Good points!
Anne Chapman
7 years 8 months ago
Wonderful. Thank you. This is one article I am saving.
TIMOTHY GOOD DR/MRS
7 years 8 months ago
Thank you brother Dan for an enlightening article. It reminds me of St. Anselm's theology is "faith seeking understanding". It is not so much about faith or understanding, but the seeking. Doctrine is a living, breathing presence of the spirit and grows and develops as we grow and develop. For some to treat it as a dead corpse, denies the power of the Ressurection, always new, always changing. Pace et bene!
John Daly
7 years 4 months ago
Nonnegotiables are settled debate where clear doctrinal definitions are available and can be read in the Catechism and in many other documents that have been published. There is no new information that is being presented that would alter this reality, except if you accept the speculation that clutters the internet. So for Daniel Horan to suggest otherwise would clearly show he doesn't understand when something has become clear teaching from something that is still developing. Even Pope Francis says that doctrine is not changing and will make this more clear this coming synod.